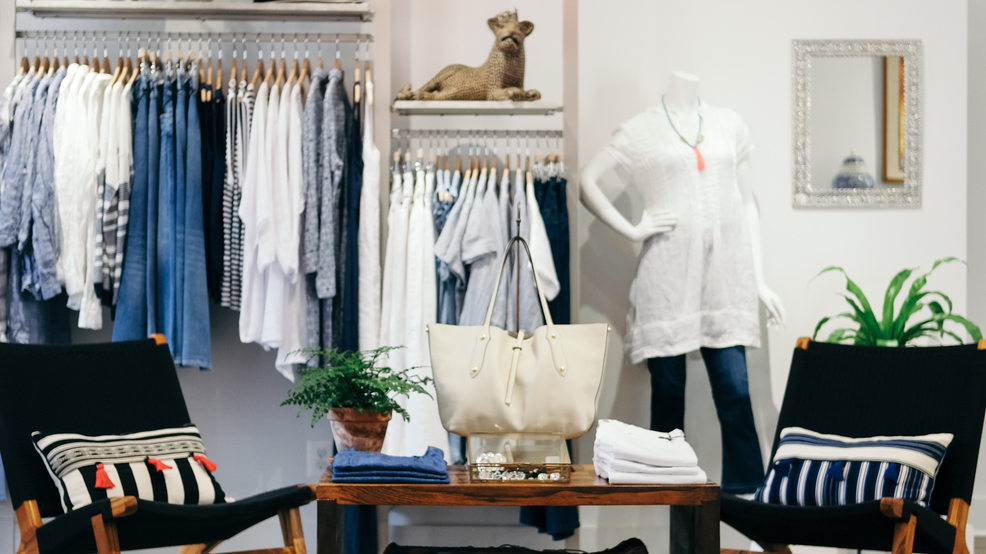 The Phoenix is a fairly cozy, but spunky, boutique founded in 1955. It was established by the grandparents of Samantha Hays Gushner, owner of the Phoenix. Her grandparents, Betty and Bill Hays, first started by going to Mexico, falling in love with the culture--the people, the food, the folk art, the fine art--and then bringing back what they loved most in order to sell it in their store. (Image: Courtesy Samantha Hays Gushner)
SEE MORE

Women-owned boutiques in the DMV worth knowing (part one)

Women in Washington, D.C. have so many options when it comes to retail. Typically, the shopping destinations one thinks of in the area include Friendship Heights, CityCenterDC and the Fashion Centre at Pentagon City but there are far more worth considering, with many of these shops being owned lo local female entrepreneurs.

To help those who are searching for new and unique fashions, who also want to support local bada$$ women, we are profiling six female-owned boutiques over the next few weeks. Read on for part one of the three-part series.

Georgetown is filled to the brim with places for eating, drinking and, of course, shopping. But there is one boutique that has truly stood the test of time and proven that small businesses can stand just as tall as big box retailers. The Phoenix is a fairly cozy, but spunky, boutique founded in 1955. It was established by the grandparents of Samantha Hays Gushner, owner of the Phoenix. Her grandparents, Betty and Bill Hays, first started by going to Mexico, falling in love with the culture--the people, the food, the folk art, the fine art--and then bringing back what they loved most in order to sell it in their store.

"We still go to Mexico once a year for the home decor and the fine art," says Gushner. "We work with artists and artisans there who we've worked with for generations."

Gushner described the style in the store as “comfortable chic” with natural fibers used for most of the clothing. These easy-to-wear items are often from Italian, German and U.S. designers. Since she took over the business in 2017, she totally redid the look of the space with a renovation that allowed it to have a clean, modern aesthetic with a sustainable model.

"Being a brick-and-mortar store, I think it's really difficult to survive in this age [of internet shopping], but that was one of the reasons why we wanted to do a renovation," says Gushner.

By heading The Phoenix, Gushner says that she finds the rush of being a mother, wife and business owner “fun” and “interesting.”

"One of the things that I find challenging and fun is trying to keep it all going all at the same time," says Gushner. "I have two little kids, I have a husband ... and then there's the business, and making sure that everything is running well is a full-time job and then some. Trying to keep it all humming at a good pace is challenging, but it also keeps everything interesting on a day-to-day basis."

When it comes to what to expect from the future of The Phoenix, the store is always sourcing and looking for new designers to work with.

It’s no surprise that Rachel Pfeffer ended up going into the jewelry business -- her family owned a jewelry store for years. Her dad, uncles and cousins were all jewelers, and so she became one too.

She describes her style as playful, “different” and unique, while staying on trend.

“I’ll try to think of what people are interested in and what is trendy now, and put my own spin on it to make it stand out and be different," says Pfeffer.

Originally, when she began as a jeweler in Boston approximately 10 years ago, her pieces were clunkier and more abstract. Since then, they have become more refined and simplistic, as well as geometric and minimalist. She has also become more literal, creating sculptural replicas of pizza slices and honeycombs.

“I try to make things as playful as possible, so that it’s not just a sleek fashion item," says Pfeffer. "It is something that will make you smile and laugh sometimes, too.”

When it comes to what her customers should expect for the next few years, Pfeffer says that she hopes for more exposure, but “I’m pretty happy where I am right now.” No expansions are currently in the works because “I kind of like it being a one woman show. It keeps it simple and easy.”

If interested in meeting her in person and buying one of her pieces, Pfeffer has owned a store at Brookland’s Monroe Street Market since 2015.