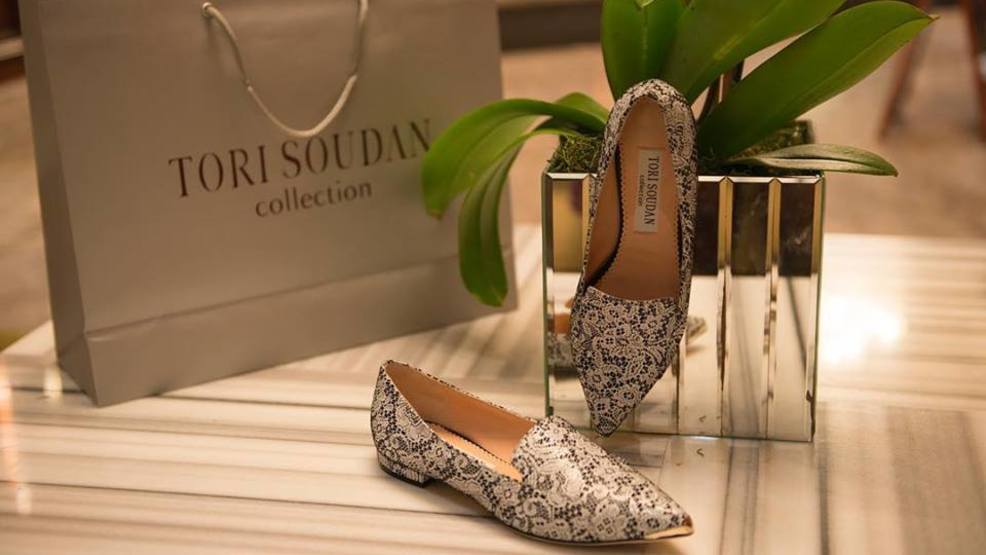 Now, her shoes have been seen on everyone from Carrie Underwood to Angela Bassett to Debbie Allen. (Image: Courtesy Tori Soudan)
SEE MORE

Women-owned boutiques in the DMV worth knowing (part two)

D.C. women have so many options when it comes to retail, and many of the best shops are owned by local female entrepreneurs. To help those who are searching for new and unique fashions, who also want to support local women, we are profiling six female-owned boutiques over the next few weeks. Read on for part two of the three-part series. If you missed part one, catch up here.

The idea for satin-lined headbands originated from a less than calming class of Bikram Yoga.

In class, she wished for a better headband for women with lots of hair--or at least a headband that could do its job. The biggest issue she says she found with typical headbands was that they often were lined with silicone.

“They’re not really good for your hair because they can rip it out, and also they’re normally pretty thin, so they don’t normally hold your hair back for the most part. They just look cute,” says Watkins.

Fast forward a few months, and, while on a trip to Ghana, she fell in love with the colorful, bold, bright fabrics found there. While there, she met a group of women who were seamstresses who were able to help her make the product she longed for, a product that prevents frizz, breakage and moisture loss.

Loza Tam was founded in June 2016 and is based in Washington, D.C. with the products created in Ghana by women entrepreneurs. Watkins’s hope for the future is to outsource the fulfillment and expand to European and Middle Eastern markets as well as major retailers.

When it comes to what advice Watkins has for other young women looking to start their own businesses, she says, “Be flexible, and let the market tell you what it wants. Don’t be too married to your idea that you’re not willing to listen to your customers tell you what they want.” Sometimes, a print that she enjoys won’t sell as well as a print that is less her taste. With this in mind, she says, “The customer ultimately is my boss.”

Tori Soudan’s shoes have been seen on everyone from Carrie Underwood to Angela Bassett to Debbie Allen. In 2017, she unveiled her much-anticipated brick and mortar store in Tysons Galleria, but her line was originally launched in 2011.

Soudan describes her products as the “classic statement shoe" -- shoes that make a statement, but can last forever. They offer lots of dimensions and contrasting textures to add an extra pop to any wardrobe. They are also often inspired by international fashion.

Originally, Soudan got into fashion because of her mother.

For years, she continued sewing, saying, “To me, it was like making art.” Eventually, she studied abroad in France, witnessing a master shoemaker put together a shoe, causing her to direct her attention to shoes.

When she began, her collection was rather small with around five styles. Now, she has enough styles to fill a store, and she doesn’t intend to stop there. She plans on opening boutiques in different cities and eventually growing into a national brand. Her hope is to become an inspiration to others that one can really pursue one’s dream, develop ideas and grow into a company, while also being creative.

Before others become inspired and start their own line, Soudan also has some advice: “If you’re thinking about starting your own label, I would say that it’s important to take some time to really understand your creative expression that you want to project and stay true to it, and just be open and absorb inspiration for your line. And I would say also maybe start small and test the waters, then expand from there.”