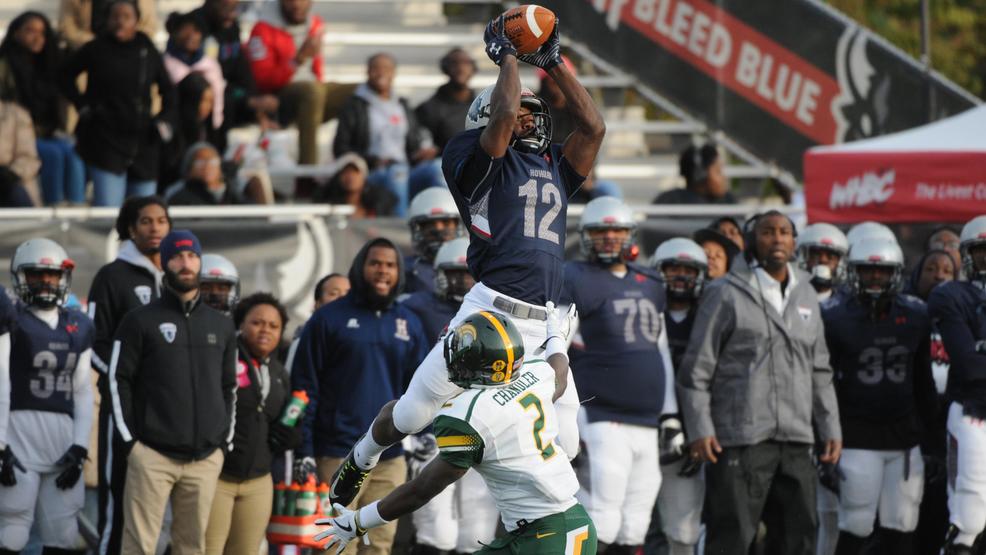 D.C.'s guide to college football and tailgating in 2018

You might not think of D.C. as the crossroads of college football. After all, this isn’t Alabama or Ohio, but the region does play home to some essential gridiron, which means you can plan for some epic tailgates, too.

Whether you’re an ACC or Big Ten football fan, or maybe you root for the underdog (Go Fighting Camels!), autumn is for tailgating back on campus. Here are some of the most exciting football games near (15-minute drive) and far (four-hour drive) this fall.

The college football season starts with a matchup so big, it needs to be hosted at FedEx Field with a capacity of 82,000 people. For week one, the Terps take on nationally ranked Texas. But set your alarm clocks early, because the tailgating begins at 8 a.m., and Marylanders are known for some rowdy parties.

OK, let's be honest, when it comes to football, Georgetown football is bad... really bad. Last year, they finished the season 1-10, but somehow that doesn’t keep Hoya fans away from campus. It is a gorgeous place to visit in the fall, plus Jack the Bulldog is pretty cute too. On-campus drinking happens at the Bulldog Bar, or you can sip frosty pints at everyone’s favorite basement bar: The Tombs. Why should you come to Georgetown for week-two football? Because this might be the only chance Georgetown has at winning. They’re matched up against the Campbell Fighting Camels... no seriously, that's their name.

Forget UVA vs. Virginia Tech, JMU vs. W&M is the state's most heated rivalry. The Dukes take on The Tribe at home, and they’re the early favorite to win. JMU takes tailgating very seriously too. Lots open at 11:30 a.m., and Bojangles is the official tailgating sponsor—who doesn’t love the smell of fried chicken and Bo-Berry Biscuits in the morning? On your way back to the city, make a pit stop in Shenandoah, because September is one of the best months for fall foliage.

Last season, Catholic University finished the season break even. This year it looks to be much the same. The Cardinals are ranked slightly ahead of service academy Coast Guard, but fans don't seem to mind. They tailgate adjacent to the campus baseball fields before and after the game, but don’t sleep on local watering holes like Brookland’s Finest, Brookland Pint, and Smith Public Trust, all of which are solid pre- or post-game options.

Two nationally ranked teams—Virginia Tech and Notre Dame—square off in Blacksburg, Virginia this year. Hokie fans will, of course, bring a raucous atmosphere, but the Fighting Irish also have faithful fans, known for making away games seem like it's South Bend, Indiana. The tailgating experience here will be of epic proportions too, so much so that Tech fans like to use hired services to set up and deconstruct their tailgating camps.

A hurricane of football fandom will descend on Charlottesville for homecoming. If there’s one game day you won’t want to miss, it’s this one. Miami is ranked eighth overall this season, but Virginia could prove to be a surprise spoiler. Also not to miss are the tailgates, which include a tap takeover at the Hardywood Park Craft Brewery, a lawn performance by bluegrass band The Whiskey Rebellion and a three-hour pregame at Alumni Hall.

Towson University and the University of Delaware are only an hour apart, and they’ll square off for the Fightin’ Blue Hens homecoming, in what’s sure to be one of the better matchups for the Colonial Athletic Association this season. Prior to the big game, be sure to wander down East Main Street for a few drinks—start at Iron Hill or Klondike Kate's.

If there’s only one homecoming game you must attend this season, better make it Howard University’s homecoming. The celebration is an entire weekend of parties, concerts and tailgates, which brings traffic to a grinding halt near campus. This year the Bison take on South Carolina State at William H. Greene Stadium.

Celebrate Senior Day at Gallaudet University, where the football team uses American Sign Language (ASL) to communicate in between plays, and where most of the players on the field are either deaf or hard of hearing. This year, the Bisons are ranked fifth overall in the Eastern Collegiate Football Conference. For their final game of the season, they play SUNY Maritime, whom they’ll likely beat. Before or after the game, you can celebrate the season at ASL accessible bars, like H Street Country Club, Sticky Rice or Hill Prince.

This game is the granddaddy of them all when it comes to rivalries -- a match 118 meetings in the making. America’s two largest service academies—the U.S. Military and Naval Academies—square off this year at Lincoln Financial Field in Philadelphia. As of late, Army has come away victor (two wins in the last two years), but before that it’s been Navy’s game with a 13-consecutive-game win streak from 2002 to 2015. Of course, Philadelphia has no shortage of places to drink before or after the game, but for the biggest tailgating celebrations stick to the parking lots on the north side of the stadium near Citizen Bank Park.