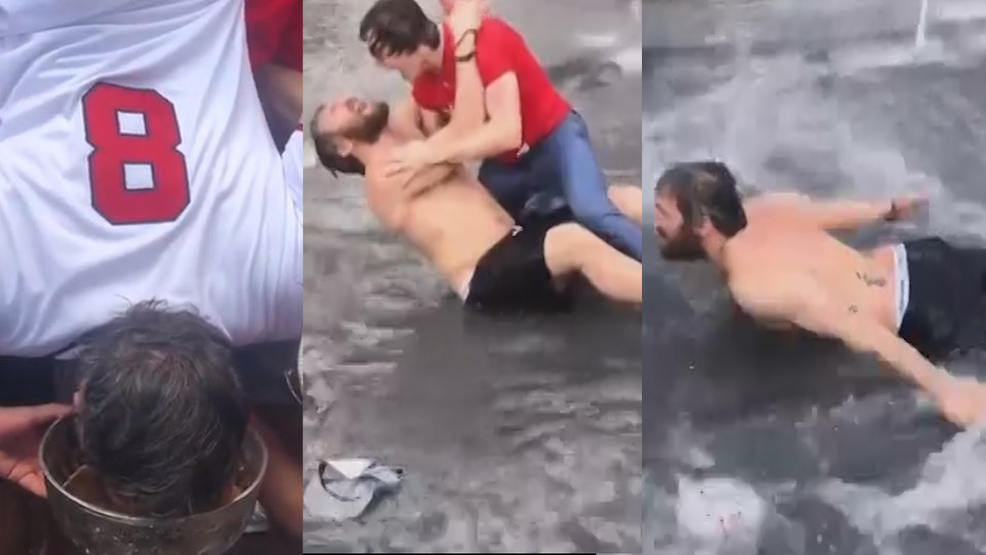 Now the question is: Will he ever give it back? Or even put it down?

The party has not stopped for Ovechkin and his teammates since they turned D.C. into the District of Champions with their historic win in the Stanley Cup Final over the Vegas Golden Knights. The ensuing merrymaking has seemingly taken over the Nation's Capital and officially turned the summer of 2018 into the "Summer of Ovi."

Ovechkin, Lord Stanley's Cup and the rest of the reigning champions took D.C. by storm Saturday in epic fashion, which was all documented on social media. Things got started when the team visited Nationals Park to take in the game, show off the cup and have Ovechkin throw out the first pitch.

Things really got wild when the Capitals hit the Georgetown Waterfront, where Ovechkin did a keg stand out of the Stanley Cup and led his teammates on a group swim in the fountain. Ovechkin even got praised for his "Nice technique" by Olympic swimmer and fellow DMV sports star Katie Ledecky.

The team then dropped in on fans at Café Milano, where they took pictures with Jared Kushner and Ivanka Trump, led fans in a rousing rendition of "We Are The Champions," and even let a lucky few touch the sacred Stovepipe Cup.

The reveling will almost certainly reach a crescendo during the Capitals' victory parade on Tuesday but do not expect it to stop anytime soon.