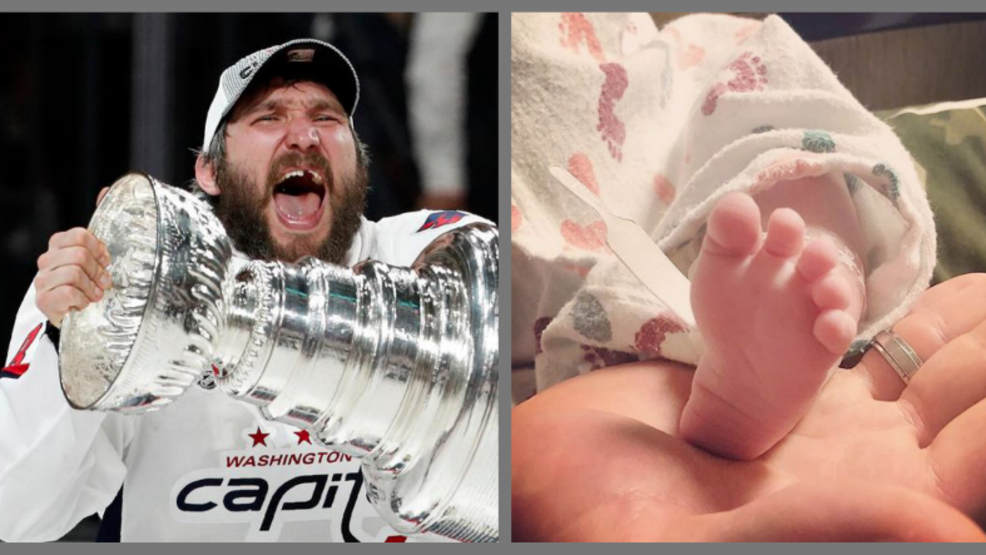 Fresh off winning his first Stanley Cup Alex Ovechkin is a new dad and he celebrated the birth of his son via Instagram.

Ovechkin and his wife Nastya named their bundle of joy Sergei after Ovi's late brother. Sergei was born Saturday.

The birth of Ovechkin's son caps an epic 2018 for the captain who helped win the Capitals' first-ever Stanley Cup.

Ovechkin led a charge of celebrations after the victory by throwing out the first pitch at a Nationals game, followed by a keg stand out of the Stanley Cup as he led his teammates on a group swim at the Georgetown Waterfront.

Caps players then made their way to Café Milano, where they took photos with Jared Kushner and Ivanka Trump, and led fans in singing "We Are the Champions."

Days later, Ovechkin and teammate Braden Holtby appeared on the "The Tonight Show Starring Jimmy Fallon" and had Fallon take a drink out of the Stanley Cup.

The Capitals victory parade and rally was held for the team on Constitution Avenue and the National Mall as thousands of fans showed up for the spectacle.