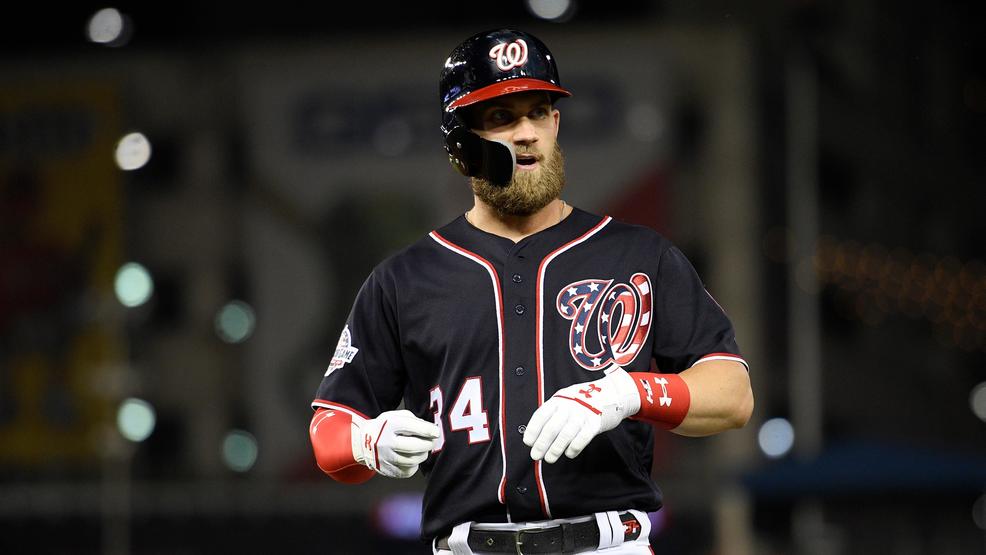 The wait is over.

Months after the start of free agency, outfielder Bryce Harper reportedly agreed Thursday to a 13-year, $330 million deal with the Philadelphia Phillies.

Harper’s decision means he is leaving the Nationals – a division rival of the Phillies – after seven seasons with the team.

Harper's deal will not include any opt-outs, meaning he is essentially locked in with the Phillies for the rest of his career. His contract also is a new record for overall dollars, topping the $325 million extension Giancarlo Stanton signed with the Miami Marlins during the 2014-15 offseason.

Harper shared what was then only a possible goodbye message to the Nationals on Instagram last September after the team’s final home game of the season.

“To the fans and the city of DC, thank you!” Harper wrote.

For the Nationals, their inability to re-sign Harper to a long-term contract wasn’t due to a lack of interest. At the end of last season in late September, he was reportedly offered a 10-year, $300 million deal but turned it down.

Harper, who turned 26 last October, is a six-time All-Star and the 2015 NL MVP. He was selected by the Nationals with the No. 1 overall pick at age 17 before getting called up to the majors at 19 in 2012 and winning NL Rookie of the Year.

With Harper helping lead the way, the Nationals reached the postseason four times, winning the NL East in 2012, 2014, 2016 and 2017. But under first-year manager Dave Martinez last season, the team struggled with consistency for much of the season and failed to reach the postseason for a third straight season.

Aside from the Nationals and Phillies, other teams who at least at one time had been in the mix to sign Harper included the Los Angeles Dodgers, San Francisco Giants, San Diego Padres and Chicago White Sox.

Harper's announcement also notably came after it was reported that former Orioles third baseman Manny Machado agreed to a 10-year, $300 million deal with the Padres. Both Harper and Machado were widely viewed as the top-two free agents this offseason.

The Nationals will host the Phillies on April 2 and 3 at Nationals Park; the two teams will play in Philadelphia on April 8, 9 and 10.