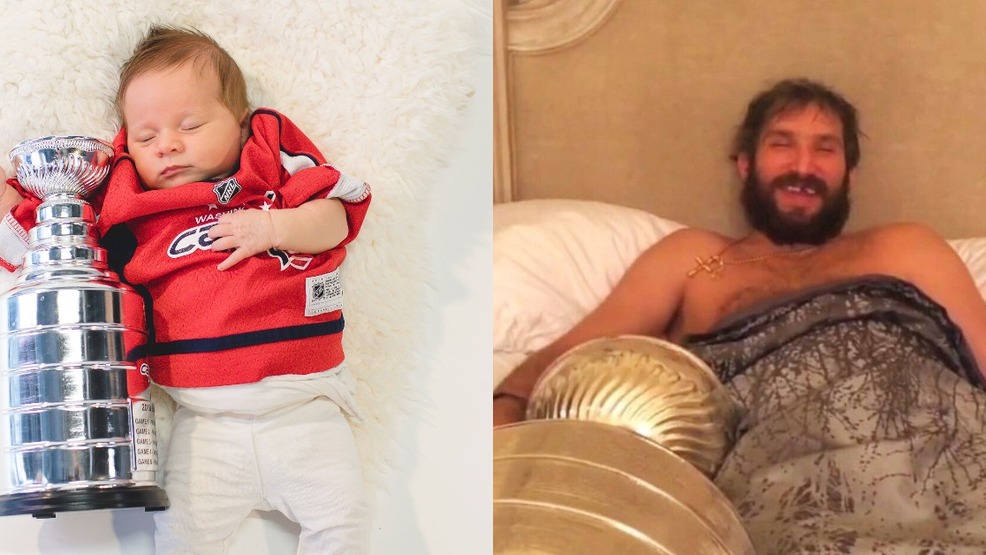 Capitals fans took to the streets to celebrate after the team won its first Stanley Cup in franchise history last June.

For some, those celebrations also seem to have led to the next generation of Capitals fans.

Andrew Knepp and Jennifer Unglesbee say their daughter is their good luck charm.

The huge Caps fans made it to most of the home playoff games last season.

“We were all about celebrating afterwards and then, all of a sudden, we found out we were expecting her and so it’s been a really fun ride,” Unglesbee said, smiling.

Now ahead of the Capitals’ next run at a championship starting Thursday, the team invited several newborns of fans to partake in a photo shoot at MedStar Capitals Iceplex and recreate several of last summer’s memorable Stanley Cup moments.

“Hers was after Alex Ovechkin with his big fur blanket and the Stanley Cup next to him in bed and whenever they decided to set that up for her, it was just so cool,” Knepp said.

The pair plans to make it to Thursday’s game, hoping sweet Alexis will bring some good luck this year, too.

“She sleeps for a good portion of the day and then she’s up right around 7:00 when we turn the game on,” Unglesbee said.

Babies with names like Alex and Alexis for Ovechkin, Braden for Braden Holtby, and Lars for Lars Eller all participated to pose with the Stanley Cup in bed like Ovechkin and make “The Save” like Holtby, among other moments.

Check out the photos in the gallery to see the baby version, followed by the Capitals version as it happened.