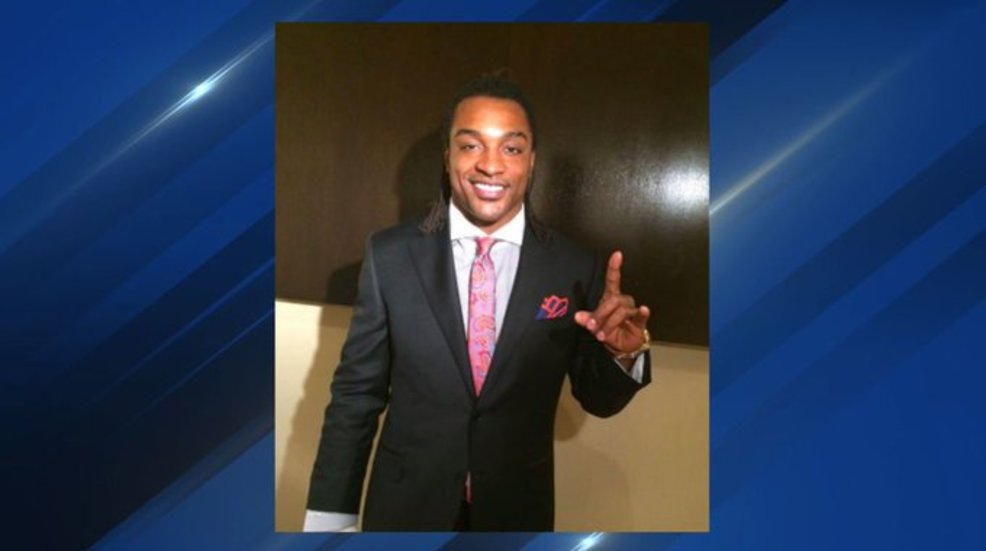 Benson, 36, crashed his motorcycle into a minivan in northwest Austin on Saturday night, according to Tony Plohetski of the Austin American-Statesman.

Plohetski reported that one other person was killed and two others were injured in the accident.

The crash took place at 10:22 p.m. on Saturday after local law enforcement agencies reported that a motorcycle hit a white minivan pulling out onto the roadway.

The Austin-Travis County EMS reported that there was a "vehicle and person on fire" when responding to the call, according to CBS Austin.

Medics declared a man and a woman, both in their 30s, were dead on scene.

Mack Brown, who coached Benson at the University of Texas, responded to an Instagram post on Sunday saying, “We lost a great one way too soon. #RIP.”

Benson appeared in a Travis County court room two days prior to the accident, where he plead guilty to misdemeanor drunk-driving charges that stemmed back to an incident in February 2017.

Law enforcement has not reported whether either driver consumed alcohol prior to Saturday's accident.

Benson made his last NFL appearance in 2012, playing in five games for the Green Bay Packers.

He began his NFL career with the Chicago Bears after being selected No. 4 overall in the 2005 NFL Draft.

Benson enjoyed his most success as a member of the Cincinnati Bengals, recording more than 1,000 yards during three consecutive seasons, including a career best 1,251 yards in 2009.

The Midland, Texas native enjoyed a decorated collegiate career with the Longhorns, recording 1,000 yards during all four seasons in Austin, including a total of 2,013 as a senior.

Benson was named Big 12 Offensive Freshman of the Year in 2001, a two-time first-team All-Big 12 running back in 2003 and 2004, a consensus All-American in 2004 and the 2004 Doak Walker Award, which is presented to college football's best running back.