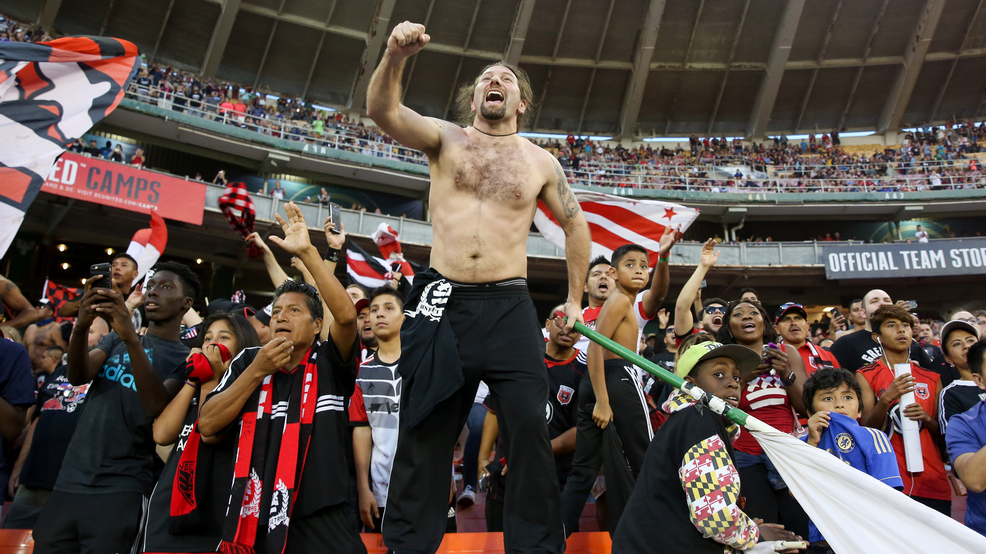 With the 2018 FIFA World Cup kicking off today, it's time to shift our sports focus to soccer! And weren't we just tickled pink to discover that WalletHub has named D.C. the 7th best city for soccer fans! (Image: Amanda Andrade-Rhoades/ DC Refined)
SEE MORE

D.C. is the 7th best city for soccer fans

We know that we've been a little obsessed with our local lords of the ice as of late, but with the 2018 FIFA World Cup kicking off today, it's only appropriate to shift focus to soccer! And weren't we just tickled pink to discover that WalletHub has named D.C. the 7th best city for soccer fans!

WalletHub noted that the U.S.' appreciation for the sport has severely lagged behind its international counterparts, but that the "world's most beloved sport" seems to have finally gained some respect here at home.

Much of the credit for the sport’s growing domestic acceptance goes to the U.S. Women’s National Team, who made us proud with its record-breaking victory in the 2015 FIFA Women’s World Cup.

To determine the top spots for soccer fandom, WalletHub compared nearly 300 U.S. cities with at least one college or professional soccer team (across six divisions) and examined each based on 63 key metrics, such as ticket prices to championship wins and ease of stadium accessibility.

Well there's one thing I know for sure. Right now, there is NO better city for hockey fans than WASHINGTON, D.C. BABY! Ok, sorry, but I just couldn't refrain from one more Caps reference! But in all seriousness, let your inner soccer fiend out, and if you're looking for a place to enjoy every second of the World Cup madness, check out our guide here.

You can see the full study here.