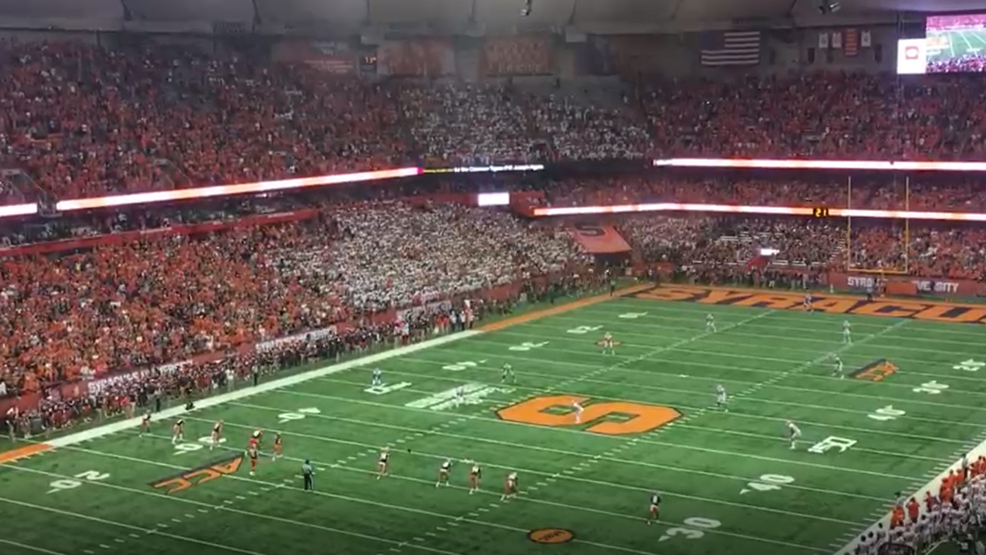 Football players on the field during the Syracuse vs Clemson game on Saturday night. (Photo: Maggie Gorman)
SEE MORE

SYRACUSE, N.Y. (WSTM) -- Greg Popps, president of the Fairmount Fire Department in New York, saved a man's life who was going into cardiac arrest on Saturday.

But it's where he performed his heroic action that's gaining him national attention. Popps was at The Dome in Syracuse, New York watching a football match between Syracuse and Clemson.

The Fairmount Fire Department detailed the incident in a Facebook post, praising Popps for his quick thinking and calm demeanor throughout the ordeal.

The fire department said Popps was attending his first-ever game at the football stadium when he noticed a man losing consciousness. Popps quickly came to his aid.

The man went into cardiac arrest shortly after losing consciousness and Popps dragged him to a nearby hallway to perform CPR.

Popps' life-saving actions helped the man regain consciousness and start breathing again. The victim was transported from The Dome with no noticeable issues, according to the fire department.