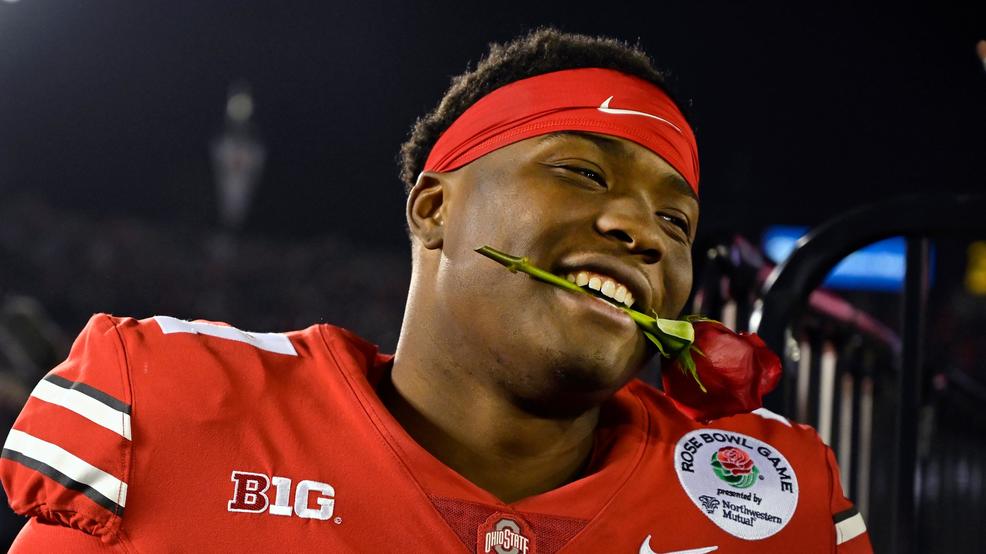 HOW TO WATCH THE DRAFT ON ABC7

Haskins — who finished third in the Heisman Trophy voting last season — grew up in Highland Park, New Jersey, before moving to Montgomery County when he was in ninth grade. He attended the Bullis School in Potomac.

The 6-foot-3, 231-pound Haskins threw for 4,831 yards, 50 touchdowns and eight interceptions with a 70 completion percentage as a redshirt sophomore last season for the Buckeyes. He redshirted as a freshman in 2016, then served as the team's backup in 2017 behind veteran J.T. Barrett.

RELATED: 'I'm a winner, a proven winner': Gaithersburg's Dwayne Haskins is ready for the NFL

It was believed the New York Giants might take Haskins with the sixth overall pick, but they instead took Duke quarterback Daniel Jones. The Miami Dolphins, at No. 13, were another possible destination for Haskins.

Overall, Haskins was the third quarterback taken in the draft behind Oklahoma quarterback Kyler Murray, who went No. 1 overall to the Arizona Cardinals, and Jones.

"To be honest, I'm more motivated now than ever," Haskins told ESPN. "There's a bigger chip on my shoulder. The league done messed up."

The Redskins last selected a quarterback in the first round of the NFL Draft in 2012 when they took Robert Griffin III, who weighed in on Twitter about his former team's pick on Twitter.

Like Griffin, it's possible Haskins might start immediately as a rookie. Last season's starter, veteran Alex Smith, who will be 35 on May 7, will likely miss the entire 2019 season after suffering a gruesome broken leg injury in a game last November. Other options to start are the team's longtime backup Colt McCoy, who will be 33 on Sept. 5, and 31-year-old Case Keenum, who was has flashes of brilliance as a starter in the NFL though is likely not believed by the Redskins to be a longtime solution at the position.

Keenum was acquired in a trade with the Denver Broncos in early March in exchange for a 2020 sixth-round draft pick. The Redskins also received the Broncos' 2020 seventh-round pick in the deal.

In high school, Haskins at one time had been committed to Maryland before flipping to Ohio State.

Haskins did not attend the NFL Draft, held in Nashville. He instead had a draft party at Bowlmor Lanes in Gaithersburg.