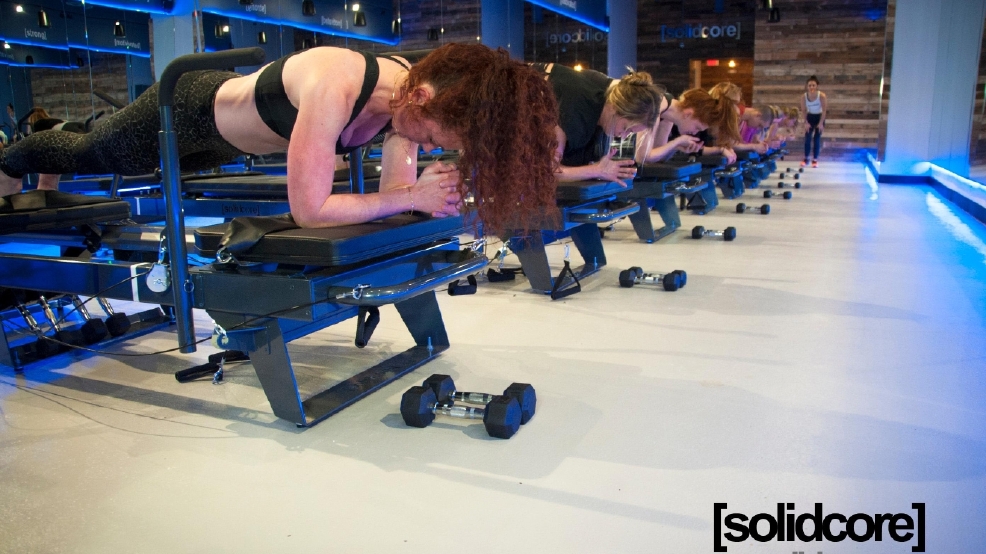 What happens if you take Solidcore three times a week for one month?

Solidcore. In the past, the name alone was enough to strike fear into my heart and leave me cowering in the corner consoling myself with chocolate.

So why on earth would I volunteer for torture and agree to take Solidcore classes three times a week for one month? Especially considering I'd barely made it through the one and only Solidcore class I'd ever taken. Because it's a good story, and I'll do a lot for a good story? Sure. But that wasn't enough on its own. Ultimately it was the same thing that killed the cat: curiosity. A lot of phrases get thrown around about Solidcore (it's the hardest workout you'll ever do, you'll see results in just two weeks, Michelle Obama swears by it) and I wanted to see for myself what all the hype was about. I'm a firm believer in don't knock it, or buy it, until you've tried it.

In case you aren't familiar with the workout craze, here's your 30-second elevator pitch. Solidcore is a 50-minute high intensity, low impact resistance training workout using slow and purposeful movements targeting the core. It was the first studio in D.C. to offer the Lagree Fitness Method on Sebastien Lagree's patented Megaformer machines; as of this year, however, Solidcore has completely separated themselves from Lagree Fitness, has created their own patented machines and has a patent out for the Solidcore workout through American Fitness.

I'm a little more than half way through my trial, and while I haven't seen any significant weight loss (they tell you not to expect that), I can honestly say I've never felt stronger in my life (including when I tried Crossfit) and I am actually starting to see new definition in my muscles after just seven classes. The classes are by no means easier now than when I started, but they aren't meant to be. Solidcore is meant to be a class where "you are never bored and you can't plateau," says Founder, Owner and CEO Anne Mahlum. I am finding that I am able to hold moves longer and longer each class, and my mental toughness is improving -- I push myself further than I did in my first few classes now.

What have I learned so far?

Have you tried Solidcore before? What are your thoughts? Share with us on social using #SoRefined