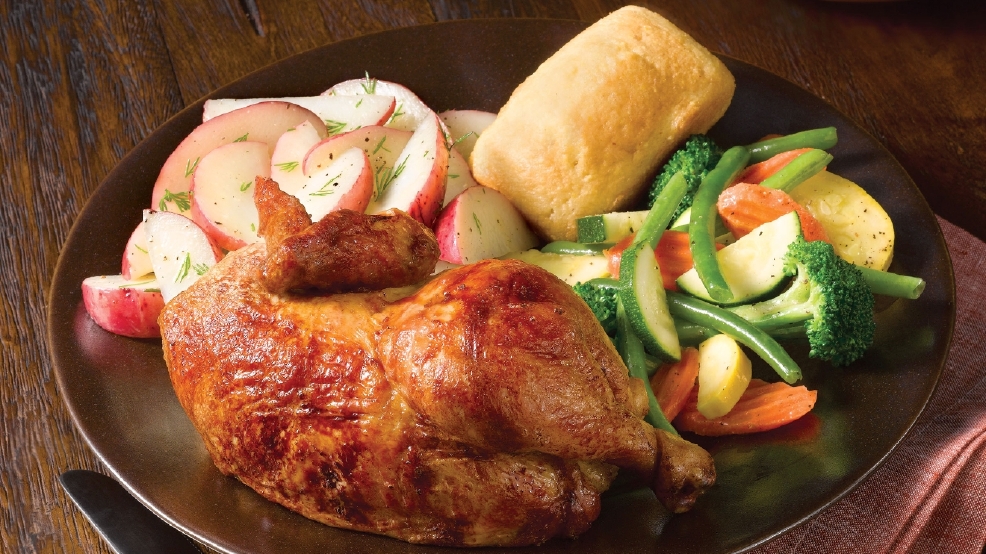 University of South Carolina researchers recently determined a fast food meal contains about 200 fewer calories on average than something you'd get at a fast causal place. But before you celebrate with a "healthy" Big Mac and fries, delve deeper into the nutrition with Chuck Carroll and learn a few of your healthiest options for a quick meal. (Image: Courtesy Boston Market)
SEE MORE

A recent study analyzing calorie differences between fast food and fast casual meals has some ready to declare the Big Mac a health food.

Yes, you read that right. Quinoa and kale is being kicked to the side in favor of burgers and fries.

Researchers at the University of South Carolina analyzed 62 of the most popular fast food havens like McDonald's and Burger King as well as highly trafficked fast casual eats like Chipotle and Corner Bakery. Their findings have been nothing less than shocking and have stirred the debate over what is truly healthy.

After crunching the numbers on dozens of menus, researchers determined a fast food meal contains about 200 fewer calories on average than something you'd get at a fast causal place. It sounds crazy and confusing, right?!

As a guy who lost 265 pounds, I was immediately skeptical of the numbers. However, after doing my own research and comparisons I learned that the study was in fact accurate.

Still, it doesn't take a degree in rocket science to figure out something is amiss here. The problem is the study only analyzed calories and ignored every other factor, including fat.

Simply put, there is no way a Whopper and medium fries, which clocks in at 1,020 calories, could truly be healthier than a 1,235-calorie burrito bowl with beans, rice, chicken, cheese, lettuce and salsa. At least with the latter your body is getting more vitamins and nutrients.

Seriously, think about how you would feel if you went for a run after eating the burger and fries. The mere idea should come with the same warning made famous by Johnny Knoxville -- don't try this at home, kids.

"Because there's not very many nutrients in [fast food], your body isn't going to be able to process it and use it as fuel," certified health coach and personal trainer Lindsay Hunt told me. "So, it's going to make you feel sluggish, low energy and you might even have an upset stomach or some sort of gurgling sounds when you're running."

The concern is that many of us still aren't familiar with the term "nutrient density," which is loosely defined as foods that are relatively rich in nutrients for the number of calories they contain. Thus, an opinion on whether something is healthy or not should not be based solely on calories and fat.

"Not all fats are created equal and fat doesn't necessarily make you fat," Hunt said.

It may seem counterintuitive when it comes to weight loss, but even if a natural food is higher in fat and calories than something that has been processed, more often than not you're better off going with the higher calorie option.

"A lot of people demonize foods like avocados or nuts or coconut, but in reality those are the type of fats you want in your diet," Hunt explained. "They actually help you burn more fat because your body breaks down the fatty acids in there, giving you lasting energy by burning some of the fat in your body and using it as an energy source."

But before you go popping the organic champagne and declaring everything on the Panera, Chipotle and Boston Market menus to be healthy, there are a couple things to consider.

First, portions are always going to be something to you'll need to be mindful of. When I was 420 pounds, Boston Market accounted for almost a quarter of my daily 10,000-calorie diet.

Second, many of your favorite add-ons like cheese can still have a ton of unhealthy fat and calories. Even if slightly healthier than the varieties you'd get at Chick-fil-A or KFC, that queso is still not so good for your waistline.

When it comes to fast casual dining, restaurants where you can easily control your order are your best bets -- all hail the assembly line.

Recent health scares aside ... Chipotle has become a go-to for hungry, health-conscious consumers, as many of their ingredients are locally sourced . The next time you go, Hunt suggests trying this simplistic veggie and protein heavy burrito bowl:

Think limiting yourself to four ingredients when there are dozens of options available seems a little crazy? You're not alone. But there is a method to Hunt's madness as proteins and vegetables are two of the most energizing sources of fuel.

I haven't eaten at a fast food restaurant since I lost 265 pounds almost seven years ago, and I have no plans to go back! However, just as a structured military lifestyle isn't for everyone, my hardcore resolve to always eat clean is not a one-size-fits-all solution.

So, if you find yourself in a situation where no other options are available, Hunt says there are ways to stay relatively healthy at fast food restaurants:

But no matter where you go, your meal should try to mimic this formula: 1/4 protein, 1/4 healthy carbs or starch, 1/2 healthy fats, vegetables and fruit.

As for your very best bet to stay lean and mean?

Spend a few hours in the kitchen on Sunday and then pack your own meals for the week. Also, make sure you to carry a healthy snack with you. Both will help you avoid having to make difficult decisions and fight temptation.