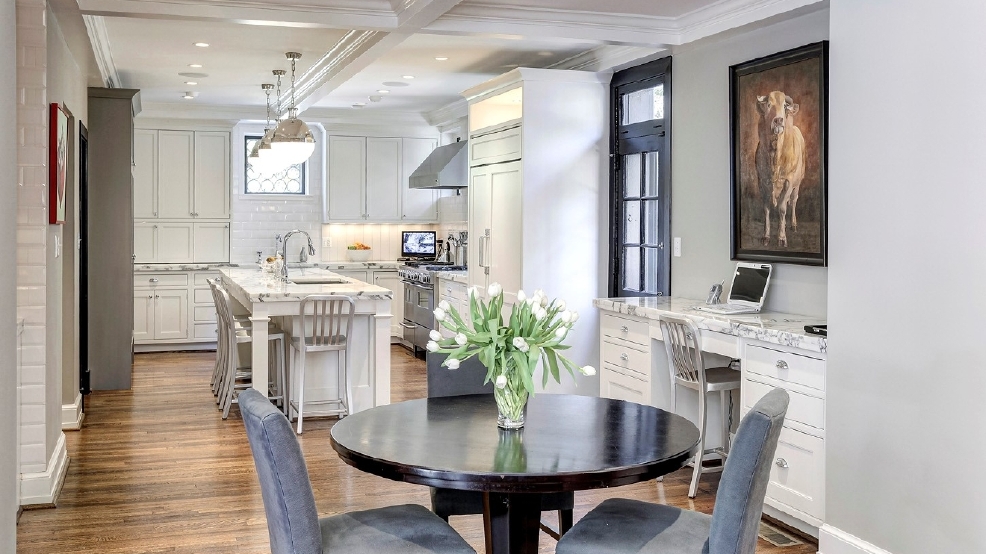 Inside the home the Obama family has purchased -- an 8,200-square-foot, 9-bedroom mansion in Kalorama. (Image: HomeVisit.com)
SEE MORE

Barack and Michelle Obama have bought the home they've been renting in the Kalorama neighborhood since the former president left office. The Washington Post reports the Obamas bought the eight-bedroom, 9 1/2-bath mansion for $8.1 million. They were previously leasing the 8,200-square-foot home, which has parking for 10 cars.

Built in the 1920s, the mansion last sold in 2013 for about $5.3 million to President Bill Clinton's former White House press secretary Joe Lockhart and his wife Giovanna Gray, the Washington editor of Glamour.

The Obamas have said they plan to remain in the capital while their younger daughter, Sasha, finishes high school at Sidwell Friends in Washington.

Spokesman Kevin Lewis said in a statement: "Given that President and Mrs. Obama will be in Washington for at least another two and a half years, it made sense for them to buy a home rather than continuing to rent property."

Watch the video above and scroll through the gallery to see where our 44th President will rest his weary head over eight grueling years in office.