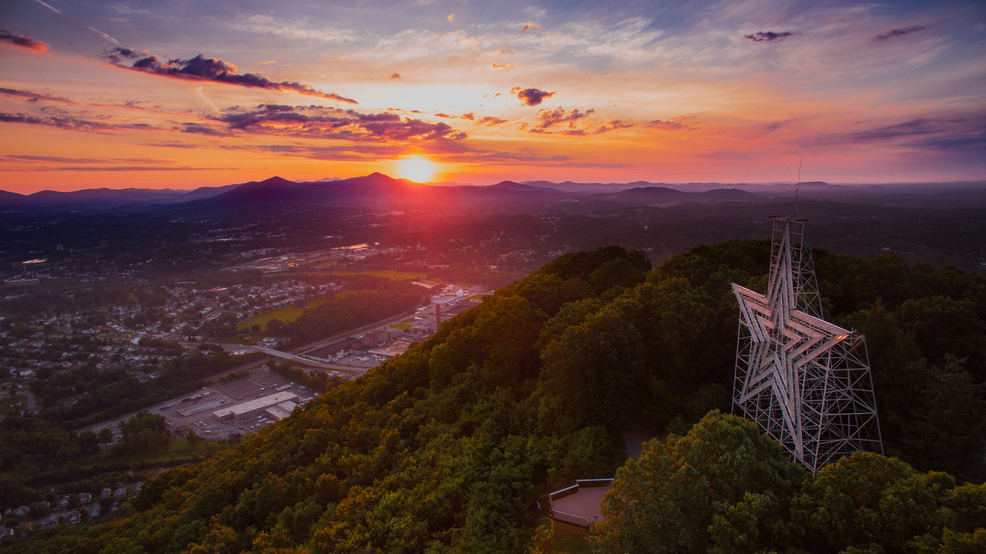 5 reasons to visit Roanoke this summer

Located in Southwest Virginia’s beautiful Blue Ridge Mountains, Roanoke is a small urban enclave with surprisingly big offers. As you consider your summer travels, here are five reasons to head to this “Star City."

August is officially Virginia Craft Beer Month and Roanoke is a prime spot to experience the Old Dominion’s beer boom. In recent years, more than a dozen microbreweries have made a home in Virginia’s Blue Ridge including downtown Roanoke’s Big Lick Brewing Company, which has a spacious outdoor beer garden flanked by a cool mural by artist James Ballough. Visitors can easily plan a self-guided tour of all the area’s breweries via the Blue Ridge Beerway or take a guided tour with award-winning Tour Roanoke. In addition, Microfestivus, taking place on August 11, is an annual beer festival in downtown Roanoke that features local brews as well as outstanding selections from across the U.S.

There is no debating that raised biscuits are one of the South’s four major food groups (you can argue the other three among yourselves). And visitors to Roanoke will find some of the best tasting biscuits at Scratch Biscuit Co., in the city’s Historic Grandin Village neighborhood. Open only for breakfast, this little hole-in-the-wall restaurant’s offerings range from a simple butter biscuit to a biscuit sandwich stacked with brisket, country fried sausage, pulled pork, a potato cake and cheese. After dining here, be sure to head to the nearby design center and warehouse operated by Black Dog Salvage, the Roanoke-based architectural salvage business that is featured in DIY Network's “Salvage Dawgs.”

The Roanoke area dubs itself "America's East Coast Mountain Biking Capital," and the International Mountain Bicycling Association seems to agree. It recently awarded the Virginia's Blue Ridge area a Silver-Level Ride Center designation, which officially puts Roanoke on par with some of the greatest mountain bike destinations in the world. Just three miles from downtown Roanoke are popular trails located atop Mill Mountain. Visitors have access to over 10 miles of all levels of trails, as well as the opportunity to check out the iconic 88.5-foot Roanoke Star.

Paintings by artists Kehinde Wiley, who painted former president Barack Obama’s official portrait, and Amy Sherald, who did the same for former first lady Michelle Obama, are among the nearly 100 works in "Reclamation! Pan-African Works" from the Beth Rudin DeWoody Collection at Roanoke’s Taubman Museum of Art. On display through September 2, the visiting exhibition is drawn from DeWoody’s significant contemporary African diaspora collection and “investigates the universal conversation of migration, history, race and representation in art being made today.” The museum is also home to a world-class permanent collection featuring the work of artists such as Thomas Cowperthwait Eakins, John Singer Sargent, Purvis Young, Petah Coyne and John Cage.

This is the first summer in recent history that visitors are able to take advantage of passenger rail travel between the nation’s capital and Roanoke, thanks to newly introduced daily serve by Amtrak. On the approximately five-hour ride from Union Station, passengers are able to skip frustrating traffic while taking advantage of free Wi-Fi, brand new comfortable train interiors, and arrival directly into downtown Roanoke. Amtrak has also partnered with the historic Hotel Roanoke on a special three-day, two-night vacation package that starts at only $429 per person. The fact that Roanoke ranks as a top walkable city makes this option even more appealing.