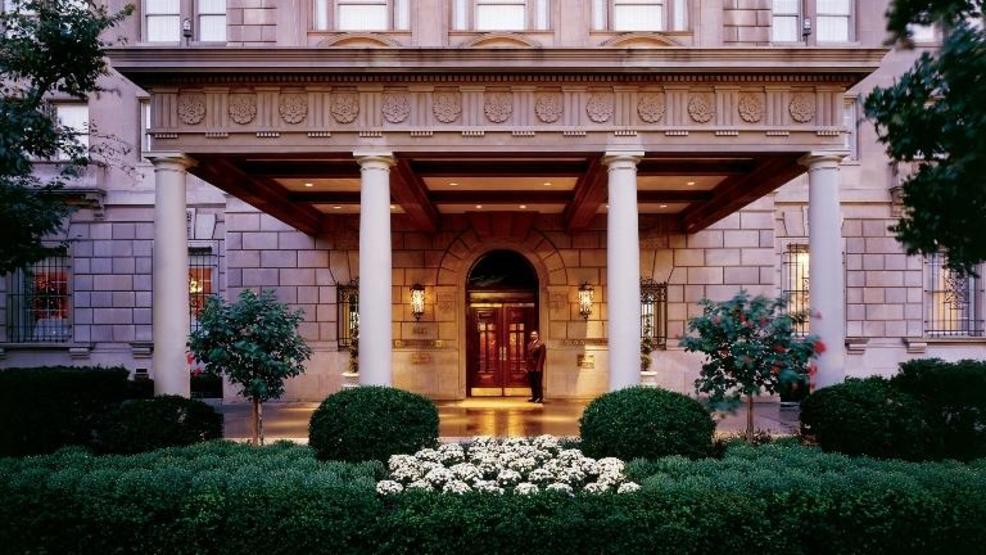 The front entrance of the iconic Hay-Adams hotel. (Image: The Hay-Adams)
SEE MORE

A Kids' Review: A stay at the Hay-Adams Hotel

One of the many perks of being a travel writer is that I get to test out some of the country’s best hotels. And when the whole family was invited to staycation at the iconic Hay-Adams Hotel steps from the White House over the holidays, I thought it would be fun to involve my children in the write-up — see what they noticed, appreciated and didn’t love. Of course, I have to add my two cents because that’s what mothers do (and because it’s my actual job).

For some background, we were specifically invited to check out the Discover DC family package that launched last summer and involves a scavenger hunt and a few fun surprises. Here’s how it went, according to Eli (11), Iris (7) and me (none of your business):

What did you think of the lobby?

Iris: It was fancy and Christmassy. I noticed that it was clean, neat and fancy. I liked the decorations they have for Christmas. I noticed that when we walked in, it felt like we were really welcomed.

Eli: It was fancy. It was huge. It had a big Christmas tree with ornaments. They gave us cookies. It looked kind of old-fashioned.

Me: The lobby is every bit as sumptuous as you would expect from a historic hotel. The cookies on the check-in desk were a thoughtful touch, and the gigantic Christmas tree was very festive.

What did you think about the room?

Eli: The view of the city was really good. It was really big. The bathtub was really deep. And they had Fiji water, which tasted good.

Me: It was a two-room suite with a view of St. John's Episcopal Church, a decorative fireplace and what was, in fact, a pretty great bathtub.

What did you think about the backpack filled with kids’ stuff and the cupcakes they delivered in the evening?

Iris: I like the backpack because there were nice cookies inside, and I also like that there was a hat. I also liked that they delivered a special cake just for me. We couldn’t go on the scavenger hunt because it was too cold, but I really like that they set it up for us.

Eli: It was nice to have a cupcake delivered. I liked the backpack, but then it was disappointing when I saw what was inside. It was a map that we couldn’t do because it was too cold.

Me: I had talked up the scavenger hunt before we got there, but it happened to be particularly cold and windy, and there was no way we were going to walk up and down the Mall looking for things on the map. That’s not the hotel’s fault, obviously, I thought the hunt would be more like, “find an American flag; find a Greek column; find a statue of so-and-so in Lafayette Square,” which I think would be more reasonable (and more fun) for kids. Instead, it involves walking from the Hay-Adams eastward to the Capitol, then westward over to the monuments, then back to the hotel — stopping at museums along the way. Granted, there's a three-night minimum associated with this package, so you can spread it out over your entire stay, but I still think it would be a stretch to get to all these places in one visit to DC.

What about breakfast the next day?

Iris: I liked everything, but I think one thing they could work on is trying to make the biscuits a little better. It wasn’t the texture, it was just the taste. But everything else was really good. I really liked the smoothie, and the service was really nice to me.

Eli: Breakfast was my favorite. I got eggs and toast and a really good strawberry-banana smoothie. It was fancy. Our server liked soccer a lot, and he was really friendly.

Me: The dining room is gorgeous, and our server was really nice. I got the crab-cake benedict, and it was tasty.

Would you go back?