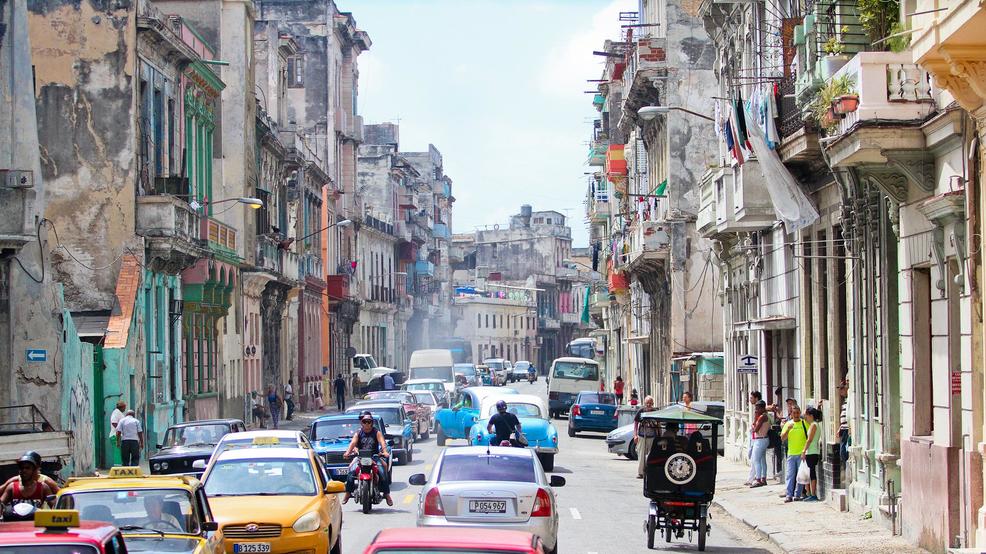 To celebrate the October release of his third cookbook, James Beard Award-winning Chef Guillermo Pernot will be guiding travelers through a 15-day, 14-night cruise around Cuba. Keep scrolling for a look at his past 15 trips to the island. (Image: Viviana Pernot)
SEE MORE

I don't know about you guys, but Cuba has been sitting at the top of my travel bucket list for quite some time now. It's held a mysterious pull on me for years, and when restrictions on American travel to Cuba were relaxed in 2015, I was positively ecstatic. Of course, I procrastinated plans and now Cuban travel is once again cumbersome. But thanks to Cuba Libre's Executive Chef/Partner Guillermo Pernot, I (and more importantly, you) could embark on a 15-day culinary cruise around the country!

To celebrate the October release of his second cookbook, "CUBA COOKS: Recipes and Secrets from Cuban Paladares and Their Chefs," Pernot will be guiding travelers through a 15-day, 14-night circumnavigation cruise around Cuba. The two-time James Beard Award-winning chef has made 15 visits to Cuba totaling six months of stay on the island over the last seven years. His goal is to foster real connections between Americans and Cubans and facilitate bonds over dinners at the paladres that inspired his cookbook.

“The intention for this cruise is to share the culinary insights and adventures in Cuba that I’ve experienced over the years," says Pernot. “It's not easy for American travelers to see the real Cuba as most Americans don't have the opportunity to leave Havana. Most people end up eating at tourist’s traps, [but] these lucky travelers will have the opportunity to eat at places that are truly serving great food where the chefs have a passion for their craft.”

The cruise departs from Miami, Florida on March 15 and will make stops in Key West, Havana, Trinidad, Cienfuegos, and Santiago de Cuba for a grand total of $5,999 per person. You'll return to Miami on March 29.

What Can You Expect To See:

And guess what? The trip just happens to fall on my birthday next year! If that isn't a sign, I don't know what is!