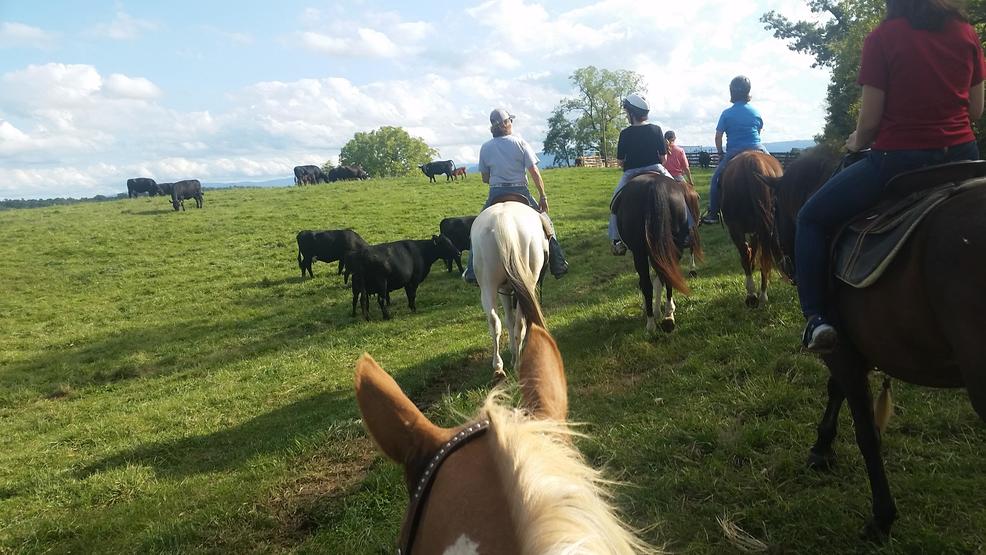 Looking for a day trip this fall that doesn’t involve a pumpkin patch?&nbsp; Need a break from the typical Saturday-afternoon-spent-at-a-winery? Then head out to Winchester. Located an hour and a half from D.C., this Virginia town in Frederick County was the home of a famous country music legend, and today is a place for great beers, burgers, pizza and horseback riding. And yes, you can fit it all in in one day.&nbsp; (Image: Kelly Magyarics)
SEE MORE

Day trippin&rsquo; it in Winchester, Virginia

Looking for a day trip this fall that doesn’t involve a pumpkin patch? Need a break from the typical Saturday-afternoon-spent-at-a-winery? Then head out to Winchester. Located an hour and a half from D.C., this Virginia town in Frederick County was the home of a famous country music legend, and today is a place for great beers, burgers, pizza and horseback riding. And yes, you can fit it all in in one day. Here’s how:

Start the day touring the house where country music legend Patsy Cline lived from the age of 16 to 21, which is on both the National Register of Historic Places and the Virginia Landmarks Register. The singer--who died tragically in a plane crash in 1963--lived here longer than any other residence. I admit that I didn’t know too much about Cline (who was born in Winchester and whose real name was Virginia Patterson Hensley), nor am I into country music, but the knowledgeable guides made me want to learn more about her after my visit. (Fun facts: in 1960 she was the first woman to wear pants at the Grand Ole Opry, and in 1973 she was the first solo female artist inducted into the Country Music Hall of Fame, albeit posthumously.)

We started the 45-minute tour in her living room, where the guides told us about Cline’s national debut in New York City on Arthur Godfrey's Talent Scouts, and how her performance of “Walkin’ After Midnight” won a competition after getting the most applause from the audience meter. (They played the song for us, and though she might be more famous for her hit “Crazy”, her first song is one catchy little ditty.) We strolled through her dining room, where two of her dresses are on display, and walked through her small kitchen. Upstairs in Ginny’s bedroom (that’s what her family called her at home), you can see the coat that Jessica Lange wore in “Sweet Dreams,” the movie about Cline’s life. Also on display is the last photograph ever taken of the singer, right after a concert and right before she got on that fateful flight. The Patsy Cline House is open April 1 through October 31 on Wednesday through Sunday from 10 a.m. to 4 p.m., and Sunday 1 p.m. to 4 p.m.; tickets cost $8 for adults, $6 for seniors and are free for military and children under 10. No photography or audio recording is permitted, and there are no restrooms to use in the house.

If you want to continue the Patsy Cline Winchester tour (unofficially), pay your respects where she’s buried in nearby Shenandoah Memorial Park. (Fans leave pennies on her gravestone.) Loretta Lynn and Dottie West also erected a bell tower in her memory, which plays hymns daily at 6 p.m., the hour of her death. You can also drive by radio station WINC, where Cline would watch performances through the window and eventually convinced DJ Jimmy McCoy to sing on his show, and her high school, John Handley High, which named its theater after her.

Have lunch at 50/50 Taphouse, which touts fifty different kind of burgers and fifty-eight different revolving beers on tap. In the fall, that means seven pumpkin brews and ten Oktoberfests, love ‘em or hate ‘em. Grab a pint, or a flight of four 5-oz. pours (price varies depending on options selected) and peruse the burger menu. Most popular are the 50/50 (cheddar cheese, beer cheese sauce, sautéed onions and mushrooms, topped with bacon), California (avocado, Bacon, chipotle mayo, provolone) and Gouda (smoked gouda, bacon and beer cheese); a little more eclectic are the Fat Elvis (peanut butter, bacon and bananas) and the Belgian (fried egg, bacon and maple cream cheese on a waffle bun.) Most burgers cost $11, some are $14 and a triple meat, cheese and bacon will set you back $21; all come with reaaally good freshly cut fresh fries and a pickle.

After lunch, play pool, shuffleboard or foosball and try another beer or flight (my faves were the Boulder Shake Chocolate Porter Nitro, with dark chocolate and coffee notes, and one that’s pretty much its exact opposite, the Founders Green Zebra, a gose with salty, sour and sweet watermelon flavor.) A fun option is to order Founders Rubaeous Nitro, whose raspberry flavor is great to mix with ales and ciders on the menu.

Next, go for a horseback ride in the countryside at The Wagon Wheel Ranch. It had been a number of years since I had ridden, but the super friendly owners were patient and very helpful (and gave us each a horse that matched our experience, or lack thereof.) The Basic Trail Ride ($50/person) departs from the area and includes ninety minutes on horseback through the ranch, as well as refreshments afterward--this was the perfect amount of time for me, as I was starting to get a little bit sore on the ride. More ambitious is the Rusty Spur Ride ($80/person), a two-and-a-half-hour ride across the field for a mountain view, after which you cross the creek and a finish with a rock cliff ride. (Riders must be at least seven years old; for children six and younger, they offer a thirty minute Lil’ Wrangler Ride for $25/person.) Note that they book up pretty far in advance, so plan accordingly--they ride in all kinds of weather including rain and snow.

Afterward, head to Alesatian Brewery Company, which just celebrated its first anniversary in July. (The owners hail from Alsace, France, hence the name.) Try a flight of three of their beers for $12, including the citrus-y Hop Sneeze IPA, Loka Koko Stout (brewed with fire-roasted coconut) and Das Weizen (a German hefeweizen). If their tart and funky plum gose is on the menu, definitely try it too!