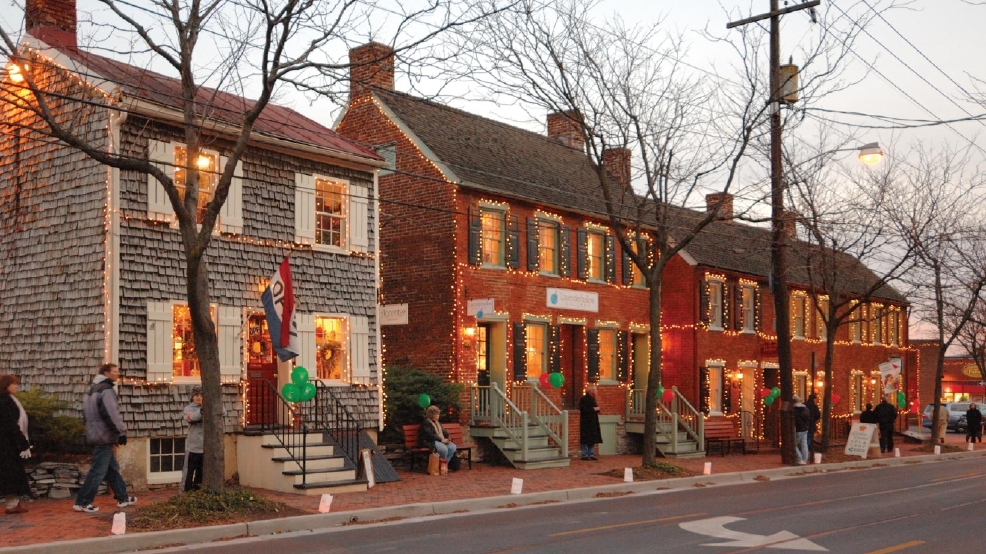 Day Tripping: Slow down with a day in Frederick

With inauguration and the Women’s March on Washington barreling down on us, you might find yourself having the same internal struggle I’m experiencing: Should I stay and add my voice to those of my feminist sisters, or should I get the heck out of Dodge?

If you’ve decided to flee the crowds, road closures and traffic, an hourlong drive up I-270 to the adorable and historic town of Frederick, Md., might be just what the doctor ordered!

Prepare to fall in love with this cute little town, because you’ll likely spend your ride home calculating whether or not you should buy a home in Frederick and just deal with the commute into D.C.

How to get there:

Unfortunately, you pretty much need to own, rent or borrow a car. The MARC train doesn’t offer weekend service to Frederick, and Car2go would make for a pricey trip. On Inauguration Day, trains will run from Frederick to D.C. in the morning and back again in the evening.

The good news is that if you drive once you get there, you can park and spend the whole day ignoring your car. The town is quite walkable, and most everything you could want is at your fingertips.

For a town that weighs in at about a tenth the population of D.C., the dining scene is remarkably vibrant — and has been for a long time. Celebrity chef (and hometown boy) Bryan Voltaggio opened his first restaurant, Volt, in a gorgeous historic building on Frederick’s main drag back in 2008. The spot is particularly known for its brunch, and the chef’s counter is a must for those who appreciate experimental cuisine.

Another great morning option is a relatively new vegan donut shop dubbed Glory Doughnuts — but be forewarned that the doughnuts sell out pretty early. If that’s the case, the PBR Belgian Waffle, the Salted Apple Pie French Toast or the Grilled PB&J are a worthy consolation prize.

Other restaurants I love to hit up when I’m in the neighborhood are Firestone’s Culinary Tavern for an amazing hot pastrami sandwich at lunchtime and a memorable version of New England clam chowder at dinnertime. The restaurant opened a raw bar adjacent to the original Firestone’s dining room, and most of the raw bar menu is also available next door.

Head to The Wine Kitchen, an offshoot of the one located in Leesburg, Va., for a perfectly cooked steak and a beautifully curated wine list. And for those looking for something great for families or just more casual, try Pistarro’s Ristorante Pizzeria Napoletana or Brewer’s Alley for pleasant pub grub and a well-regarded roster of house drafts.

If it’s a nice day, you’ll want to walk up and down North Market Street poking around the shops, which include a chocolate boutique called The Perfect Truffle, Lebherz Oil & Vinegar Emporium, Dancing Bear Toys and Gifts, and The Muse, where you’ll find colorful and funky gifts and home goods. More shops can be found nearby in a section of downtown called Shab Row.

Frederick is also the stuff of a history buff’s dreams. A stop in at the beautiful Frederick Visitor Center is a great place to figure out where you should start among the many options, such as the National Museum of Civil War Medicine, the Schifferstadt Architectural Museum, and the Historical Society of Frederick County. But one of my favorite ways to connect with history in Frederick, besides walking the streets and gawking at the beautiful homes, is with a visit to the Weinberg Center for the Arts, a movie palace built in 1926 that still shows silent films accompanied by live Wurlitzer performances — along with random movies like “Footloose” and live musical and comedy shows.