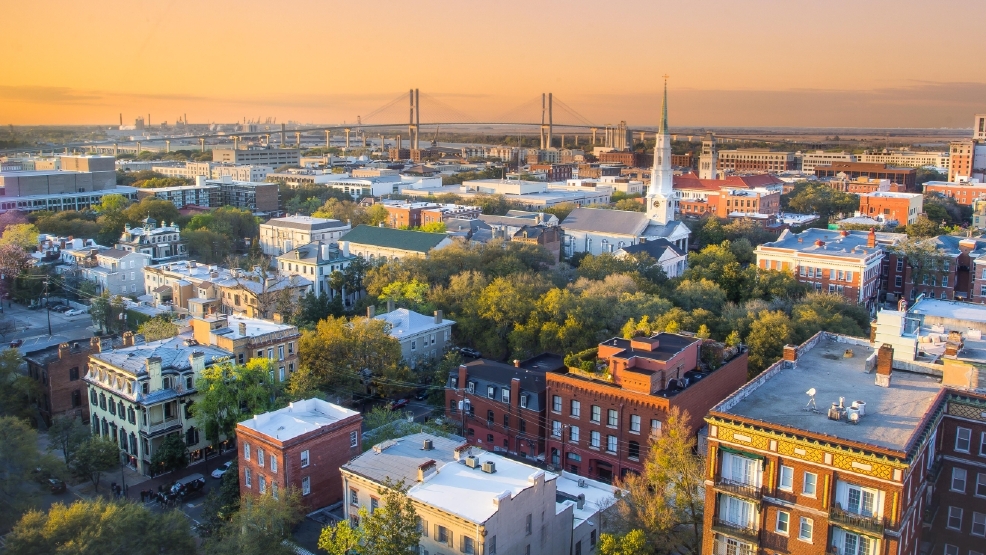 Established in 1733, Savannah is home to one of the largest urban historic districts in the United States. (Image: Courtesy VisitSavannah.com)
SEE MORE

Explore the ornate architecture, history and dining scene in Savannah

“Life was like a box of chocolates. You never know what you’re gonna get.” This is one of the most memorable lines in movie history. It could also be the unofficial motto for Savannah, Georgia’s oldest city.

Forrest Gump spoke those words as he sat on a park bench at Chippewa Square in downtown Savannah. It is one of 22 lush square parks that define the boundaries of the city’s famed historic district. I spent a weekend exploring each of the squares and their surroundings and found a city that is as charming as expected, but also full of surprises.

During an architectural walking tour (the city is extremely pedestrian-friendly) I learned that Savannah, which dates to 1733, is home to excellent examples of nearly every architectural style of the last 300 years. Among the many must-see buildings is the Italianate styling of the Mercer-Williams House, made famous for its prominent role in the book and subsequent film “Midnight in the Garden of Good and Evil.”

In addition to “Forest Gump” and “Midnight in the Garden of Good and Evil,” Savannah has played a role in many major films including “Cape Fear” (the 1962 and 1991 versions), “Glory,” and “Magic Mike XXL.” I had a number of déjà vu moments as I walked past places I had seen in various movies.

Besides serving as Hollywood backdrop, the buildings, parks, and other locations across Savannah are reportedly filled with ghosts -- earning the city the moniker “most haunted city in America.” Although I did not experience any ghost sightings, I did see hoards of visitors mesmerized by nightly tales of Savannah’s extensive spirit population. One of the most popular of the many ghost tours is one conducted in an actual hearse.

While exploring Savannah’s dining scene, I found that long-time resident Paula Deen is still much loved. She fills her restaurant, The Lady & Sons, each day with devoted fans, who in turn fill their stomachs with her home cooking.

I also found a new generation of food stars, like chef Mashama Bailey, who heads the kitchen at The Grey and serves “modern Southern eats.” Her restaurant is in a masterfully restored 1938 art deco Greyhound Bus Terminal.

There is also Adam Turoni, an award-winning chocolatier. I caught him making truffles in his shop on Broughton Street (he has a second location on Bull Street), historic downtown Savannah’s main shopping area.

Like its culinary offerings, Savannah’s accommodations are a combination of the old and new, with historic properties, such as the River Street Inn and The Marshall House, and familiar brands, such as the Embassy Suites and Hyatt Regency.

What I really loved discovering about Savannah is that it is only 20 minutes from Tybee Island -- a barrier island with five miles of beautiful beachfront, making it a very popular summertime getaway. But even in the off season, the weather is usually mild enough for nature walks and sunset boat cruises.

My weekend opening the Savannah metaphorical “box of chocolates” was well spent. And by the way, if you want to see Forrest Gump’s bench, it’s on display at the Savannah History Museum.