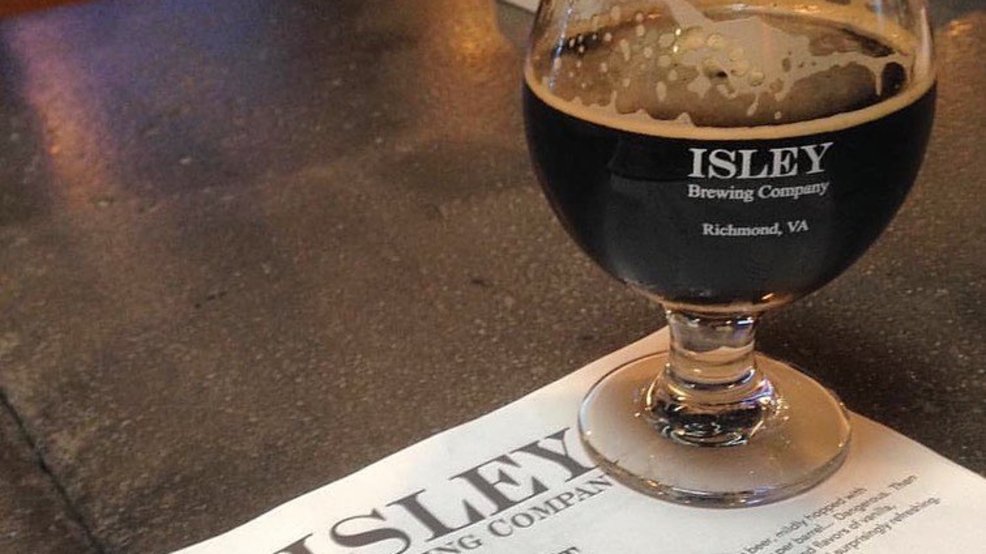 It seems like Richmond has suddenly become the darling of the food and drink world, with all sorts of cool restaurants and food festivals. I used to live in Richmond back from 2004 – 2006 and I am pretty sure there was NO WAY anyone was talking about it being a cool city back then. So I had to go back and see what all this talk was about. My main goal was to check out the Richmond Beer Trail and eat some good food to soak up all that beer.

The Richmond Beer Trail, which officially launched at the start of the year, currently comprises 23 breweries in the area, but we decided to focus on the Scott’s Addition district which is home to a number of them. You see, in addition not wanting to drive around ourselves, we also had another superficial goal. For every five breweries you visit and get stamped, you can then redeem them for Richmond beer gear.

Our first stop was Ardent Craft Ales, which has an interesting and unique selection of beers, a pretty great outdoor seating area, and a pizza truck! Their drafts keep rotating, but I tried the saison, the honey ginger, and a rye kolsch. The rye kolsch, which uses a rye malt instead of wheat for this German pilsner style ale was my favorite.

From here it was a short walk to The Veil Brewing Company. If you are a fan of IPA’s or Double IPA’s you have got to stop here. Also, stouts seem to be pretty popular here too. I don’t mind hop-forward, but DIPA’s and IPA’s are a bit much for me, so I was happy to find a India Pale Lager. I’ve also never seen those before, so was curious to try it. I loved the buzzy atmosphere at Veil – although it was too hot to sit outside, the interiors are minimal but scream cool.

From here we were walking over to our next stop, Three Notch’d Brewing Company’s RVA Collab House, but got distracted when we spotted “Black Heath Meadery”. Neither my husband nor I had ever tried mead before, so we had to go in! After a quick tasting, figuring out that mead is not sweet although made from honey, and getting a bottle, we headed on to RVA Collab House.

Three Notch’d is actually a Charlottesville based brewery, with another location in Harrisonburg, and the RVA Collab House being its third location. I really enjoyed the atmosphere here although it’s sort of in a small strip mall type spot on the main road, high top tables, bean bags to lounge around, and a fantastic food truck from where we devoured Cuban sandwiches. Their beer was good, and it seemed like the kind of spot where people hung out for a while. Not us though, we were on a mission :D.

We then headed over to Isley Brewing Company, which was absolutely packed! It was also ridiculously hot outside at this time so I was happy to see they had a ton of seating indoors. After grabbing seats at the bar, we proceeded to do another tasting only because many of their beers sounded weirdly fascinating. The “Choosy Mother”, a peanut butter porter, seemed to be a popular choice, but it was definitely not for me. Disclaimer: I am not a fan of peanut butter. They also had a banana peanut butter porter which I did not bother trying as I’m not a fan of bananas either! I did however very much enjoy their grapefruit pale ale. This brewery definitely has more of a pub-ish atmosphere compared to any others we had been to, and also seemed like a super popular local hangout.

For our fifth stop, we took an Uber over to Hardywood Craft Brewery, which was a short 10 minute ride from Scott’s Addition. Set in the middle of what looks like a suburban office park, this had a huge outdoor area with tons of picnic tables, and tons of groups of people (many with dogs and kids) hanging out. The beer was fine, but we had reached that point in the beer drinking for the day when taste is just secondary. More importantly, we got our fifth stamp here and got our “Richmond Beer Trail” hats, which we proceeded to sport for the rest of the evening!

A day of drinking calls for a good dinner, so I highly recommend stopping at the new Alpine themed Brenner Pass (also in Scott’s Addition) which comes from the acclaimed team behind another popular RVA spot, Metzger Bar and Butchery. Get some fondue to soak up all that beer, or one of the incredible pasta dishes, and call it a night.

If you want to make a weekend of it and explore some additional breweries, get a room at the absolutely magnificent Jefferson Hotel, which has just gone through an extensive renovation, and rest up in comfort for another day of beer!