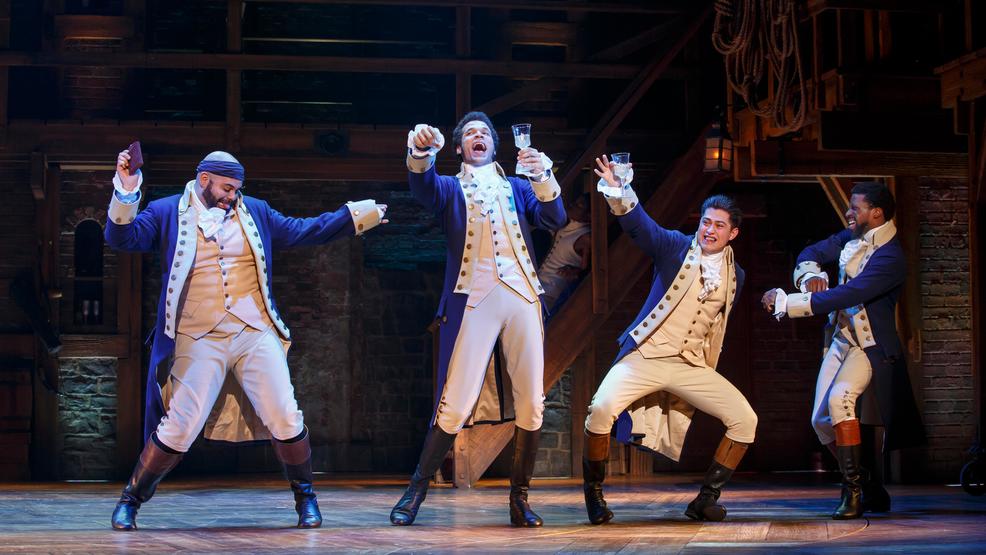 Hamilton comes to Washington this summer with the bonus of several hotel deals and specials. (Image: Joan Marcus)
SEE MORE

Hamilton-inspired stays and specials in D.C.

In the words of the Schuyler sisters: “Look around, at how lucky we are to be alive right now”—Hamilton, the sensational Broadway hit and Tony-award-winning musical is finally here for its 14-week run at the Kennedy Center.

Opening night is Tuesday and tickets have been sold out for months, unless you want to go all-in on some steeply priced seats available through online ticket exchanges.

But even if you can’t score tickets to the main event, there are several stays and specials designed to deliver Hammy fans some fun, and quite possibly a second shot at seeing the show.

Here are three of the best hotel package stays and specials currently being offered while Hamilton is in town this summer.

This luxury hotel is getting in on the Hamilton action with several “Feud of the Founding Fathers” specials, celebrating the rivalry between Alexander Hamilton and Thomas Jefferson. For starters, this summer only, visitors can reserve a three-night stay for the price of two when booking through the hotel’s website. Meanwhile downstairs at Quill bar, there are cocktails inspired by Jefferson and Hamilton, including a botanical-based drink for Jefferson’s love of horticulture and a rum-based drink for Hamilton’s Caribbean-influenced upbringing.

The Jefferson is also one of the only DC hotels with its own resident historian who can help you to build a personal tour experience. Or if you prefer a group lecture, Susan Sullivan Lagon, who is a senior fellow with the Government Affairs Institute at Georgetown University, will be hosting complimentary Saturday talks, which explore the differences between Hamilton’s and Jefferson’s style of governing.

It’s a no-brainer that the the Hamilton Hotel is getting in on the Hammy fun this summer. If you’re still in search of a Kennedy Center ticket, you might also want to consider booking a room here and ordering the “My Shot” cocktail, which is actually a playful take off a pina colada. The drink will cost you a cool, crisp Hamilton ($10), and it gets you entered into a raffle for two tickets to see one of a handful of performances happening this summer. The hotel will be raffling off five sets of two tickets for shows taking place on June 15, June 28, July 7, July 14, and August 4.

Hammy fans that want to be theater-adjacent should consider booking an overnight at The Watergate Hotel, which is about 500 feet away from the Kennedy Center. The hotel is offering a special 15 percent-off the best available rates plus two complimentary cocktails at check-in. In addition to these freebies, the hotel’s bar, Kingbird, will be the unofficial after party for performances this summer. Each Friday and Saturday after 9:30 p.m. the bar will transform into a Hamilton dance party with several Hamilton-themed cocktails, desserts, and tunes mixed to the beats of Hamilton DJ. We see a cast party in this bar’s future.