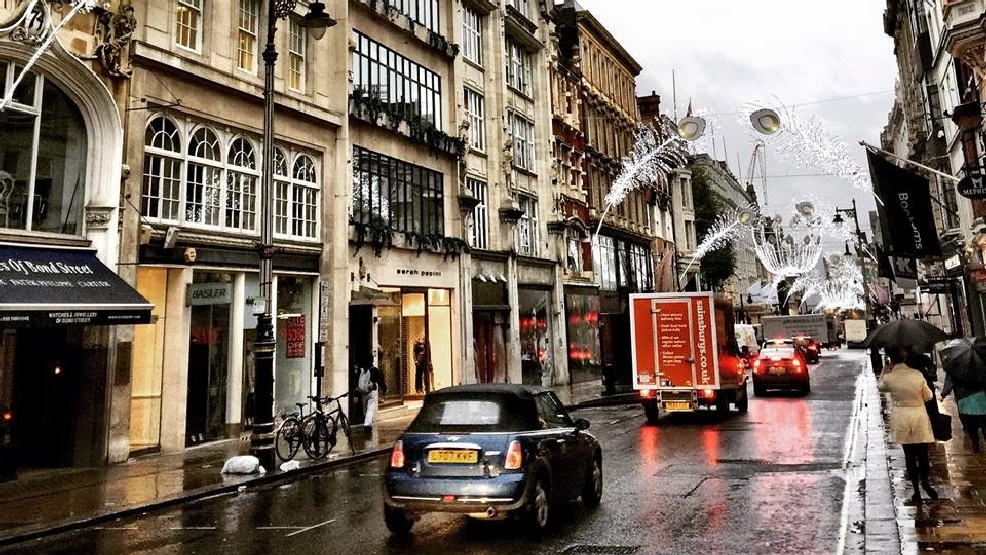 If you want to escape the city before Inauguration, consider London

With Inauguration just 11 days away, we are hearing a lot of people saying they just want to get out of dodge and escape the city. Whether it's the crowds or the politics that you can't stomach, we understand if you need a D.C. detox for a few days, so for the next two weeks, we are giving you our best recs on where to go, and what to do when you get there. We're starting farther out for planning purposes, and working our way closer to home for those who need last-minute getaway ideas. So, if you've never been to London, here is a quick recap of where to stay, what to eat and do if you’re fortunate enough to be in London, from someone who has actually lived in London!

Sure, you can choose to stay at one of the super posh (that’s “luxury” in British-speak) hotels like the impeccable Rosewood, The Langham or any of the three Four Seasons. But for those who want to be in the heart of London, the Sheraton Grand London Park Lane just re-opened after a multi-million dollar, top-to-bottom renovation. First opening in the 1920’s, the iconic Mayfair Art Deco hotel has played host to an array of socialites, celebrities and the aristocracy and has several really unique elements to it such as a resident “Drinks Historian” and a special Birdcage Afternoon Tea on a vintage London bus.

If you’re on a bit of a budget, then stay at the Great Northern Hotel literally housed within the King’s Cross St. Pancras, one of the big rail stations in London with one of the Eurostar ports. Phenomenal breakfast at Plum and Split Milk, the hotel restaurant.

While the British are not known for their food, other than the accessible “fish and chips,” there are a few restaurants who stand out. My favorite restaurant in London is Celeste, conceptualized by Chef Eric Frechon and his protégé from Epicure in Paris, Executive Chef Florian Favario. The Lanesborough does a magnificent job of harnessing their picturesque dining room – the most dining room in London, as far as I am concerned – with its pale blue walls, gold leafed art, multiple layers of intricate wainscoting and bright natural lighting. It sets off the ideal background for the elegant and ridiculously tasteful food of Chef Favario.

One particular British favorite is Hawksmoor Seven Dials. The Brits actually do a Sunday roast, much akin to how we do brunch in the DMV, but theirs is focused on a wonderful beef accompanied by fluffy potatoes roasted in duck fat, greens, carrots, cooked garlic cloves and sweet roasted shallots. Truly delightful.

For celeb and model hunters, a hot spot for food is the EDITION Hotel’s Berners Tavern. Super flavorful food with a tremendously sexy ambiance. Make sure to get a reservation before you go because there are never any tables open. For a more relaxed yet romantic setting, try Cicchetti for authentic Italian – the cacio e pepe for sure!

Finally, what trip to London would be complete without afternoon tea. The Shanghri-La hotel has a divine afternoon tea 52 stories high, with 360-degree views of London, but the Sanderson Hotel’s Mad Hatter Tea is where you really want to go for fun, sweet treats and magnificent and unique teas.

No trip to London is complete without at least a walk around Buckingham Palace. Tours, much like reservations to eat at Berner’s Tavern, fill up very fast so if you haven’t planned to go in advance then you will be out-of-luck. But it’s still great to attempt a signature shot with one of the non-smiling British guards.

If you are not fond of famous landmarks, London has a lively and interesting art scene. The National Gallery of Art is one of the biggest art museums in the world and highly worth a visit – even if you don’t love art. Additionally, it also has wi-fi so if you don’t have an international plan it’s a great place to check out some of the best art in the world, as well as charge up your phone, but an alternative would be Tate Modern with its vibrant architecture.

For the non-art types, London’s Tower is a great piece of living history – after all, Anne Boleyn (and quite a few others) were beheaded there. But the Harry Potter Museum, officially known as the Warner Bros. Studio Tour London “The Making of Harry Potter,” is a fairly short 45-minute subway ride away and you can literally spend an entire day there.

And, finally, any global shopaholic will find themselves at Harrod’s (the mammoth department store). Unfortunately, often times it feels like EVERY shopaholic in the world is in there, creating a suffocating feeling. You can find a better glimpse of the unique style of the Brits in one of the outdoor markets such as Old Spitalfields Market or, if you love food, then there is Borough Market.