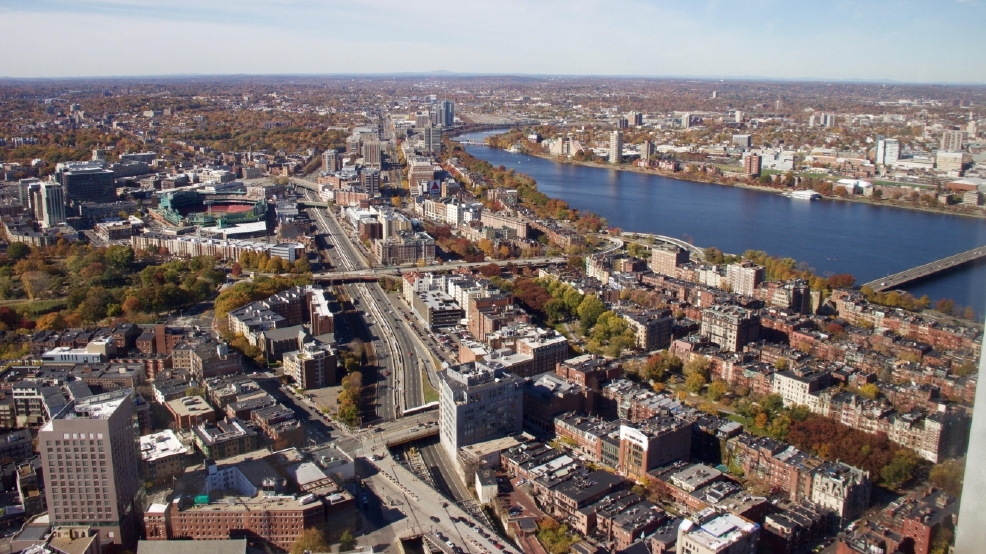 Winter is the perfect time to escape to Boston for a quintessential New England experience: bundle up in your pea coat and mittens, stroll the adorable streets lined with twinkling lights, sip hot clam chowder, and explore the city’s rich history. The best part? You can get yourself there in under two hours and for less than $100 flying JetBlue out of BWI.

Once you land, you can keep the savings going, as there’s an easy way to take in the city sights without breaking the bank. The CityPASS Boston booklet allows you to snag tickets to the New England Aquarium, the Museum of Science, the Skywalk Observatory, and either the Museum of Fine Arts or Boston Harbor Cruises, all for $55 -- that’s nearly half off the cost of buying each ticket separately. Plus, you can skip the ticket lines, and the pass is valid for nine days beginning the first day you use it.

Here’s what you can fit into a Boston weekend with the CityPASS. Of course, you’ll also want to hit the free attractions like the North End, Boston Common, Public Garden, Faneuil Hall, the Charles River Esplanade, the Boston Harborwalk, and Fenway Park (from the outside).

New England Aquarium
When visitors approach this aquatic wonderland, they’re greeted by a family of amiable Atlantic harbor seals playing and sunbathing in an enclosure on the Front Plaza. Once inside, the main attraction is without a doubt the 200,000-gallon Caribbean coral reef tank that extends four stories upward. Visitors can walk the winding path around the glass walls in search of more than 1,000 critters, including sea turtles, sting rays, eels, and more. The giant exhibit is so big that the tank had to be built first, and the rest of the aquarium was built around it.

If that’s not enough to keep you entertained, there’s also a tidepool touch tank filled with starfish, lobsters, and hermit crabs; a cacophonous colony of penguins, from rockhoppers to little blue penguins; and an interactive exhibit that explains the threats to the world’s oceans and how individuals can help.

Museum of Science
Kids of all ages can learn something new exploring the more than 700 exhibits spanning three levels in this museum. Highlights include the Seeing is Deceiving exhibit, which tricks the mind with visual and mental illusions; the Nanotechnology exhibit, which explores real world applications for tiny devices; and the Theater of Electricity, equipped with the world’s largest air-insulated Van de Graaff generator, which can produce massive indoor lighting bolts. As an added bonus, those who are missing DC’s Fossil Hall at the Smithsonian while it’s under renovation can get their dinosaur fix here with a 65-million-year-old fossil of a Triceratops. The museum also hosts daily presentations on topics ranging from animation to temperatures.

Skywalk Observatory
Boston is beautiful when viewed from street level, but when you climb 50 floors, it’s downright breathtaking. The Skywalk offers a panoramic view of the city, and on clear days, you can see for up to 100 miles. Gaze at the various styles of architecture, and look for Boston landmarks like Fenway Park, Boston Common, the Public Garden, the Esplanade and Hatch Shell, the Charles River, MIT, Harvard, and more. A free audio tour gives visitors the lay of the land. Be sure to peruse the Dreams of Freedom Museum, which pays tribute to the role of immigration in Boston’s cultural diversity.

Museum of Fine Arts OR Boston Harbor Cruises
You could easily spend a full day marveling at the 5,000 pieces housed in the Museum of Fine Arts. If you’re on a tight schedule, hit these must-see items: an Olmec mask from 900-600 B.C., one of the largest collections of Monet outside Paris, works by Jackson Pollock, an early 11th-century statue of Ganesh, a collection of mummies, paintings by John Singer Sargent, a marble bust of Emperor Augustus, and the Buddhist Temple Room.