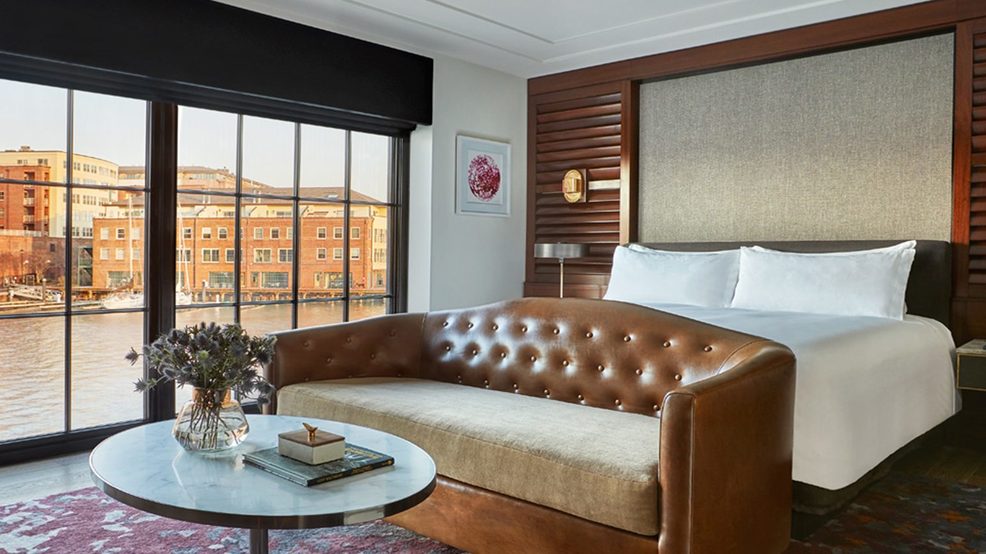 Which Baltimore hotel is the right fit for you?

Whether it’s a weekend or quick overnight trip, Baltimore, aka Charm City, has a lot to offer, including world-class seafood, entertainment, great drinks and hotel value—in the “shoulder season” months of February, March and April, many room rates drop to attract nearby visitors.

But that begs the question: Which hotel is the best fit for you? Here are a few suggestions.

You might expect to fork over a lot of funds for a stay at the Four Seasons, but this Harbor East hotel is offering guests a special promo rate of $349 per night and the third night free when you book a two-night stay. While you’re there, plan to dine with a view. The hotel’s restaurant and bar, The Bygone, is situated on the 29th floor and has sweeping views of the Inner Harbor. But what really sets this hotel apart from others in the city is its spa services. Groupon offers a $150 day-long spa package that includes a mani-pedi, Swedish massage, or facial at The Spa at Four Seasons Hotel Baltimore.

Sagamore Pendry Baltimore: Breakfast in bed with a view

If nautical vibes mixed with award-winning dining is your thing, then head straight to the Sagamore Pendry Baltimore in Baltimore’s historic Fells Point neighborhood. This boutique hotel, run by Under Armour CEO Kevin Plank, opened in 2017, and features fine dining by chefs Andrew Carmellini, Josh Pickard and Luke Ostrom (owners of Locanda Verde, The Dutch and Little Park in New York City). This trio also runs the hotel’s restaurant, Rec Pier Chophouse, as well as its whiskey bar, The Cannon Room, which features Sagamore Pendry’s very own craft spirits. And it’s your best Baltimore bet for breakfast in bed with a view. Each booking has a waterfront view and comes with a $60 breakfast credit.

Hotel Revival: A boutique hotel to sing your heart out

No other hotel in Baltimore has bragging rights to private karaoke rooms that can be rented out by the hour for you and a few friends. If you plan to belt out a few of your favorite tunes, or simply prefer an artistic and curated stay, The Hotel Revival in Baltimore’s Mount Vernon neighborhood will be a fun, funky and thrifty pick. Room rates start at just $96 per night and run through the end of April. This deal also includes a $25 hotel credit that you can put down for a round of drinks at the rooftop bar or an extra half-hour of karaoke.

The Ivy Hotel: Where it’s fine to raid the mini-fridge

At The Ivy Hotel, you don’t have to worry about any annoying room charges or hidden charges when. That’s because everything, from the mini-fridge to the downstairs hotel bar is complimentary and help-yourself service. While room rates might seem a tad bit pricey, at about $395 per night, keep in mind that the price includes almost everything you touch during your stay. There are plenty of small (and free) perks to enjoy for a romantic getaway, including free in-room wine, champagne at check-in, free breakfast at the hotel’s critically-acclaimed restaurant, Magdalena, and black car service to almost anywhere in downtown Baltimore.

Looking for a hotel in D.C.? Check out this article.