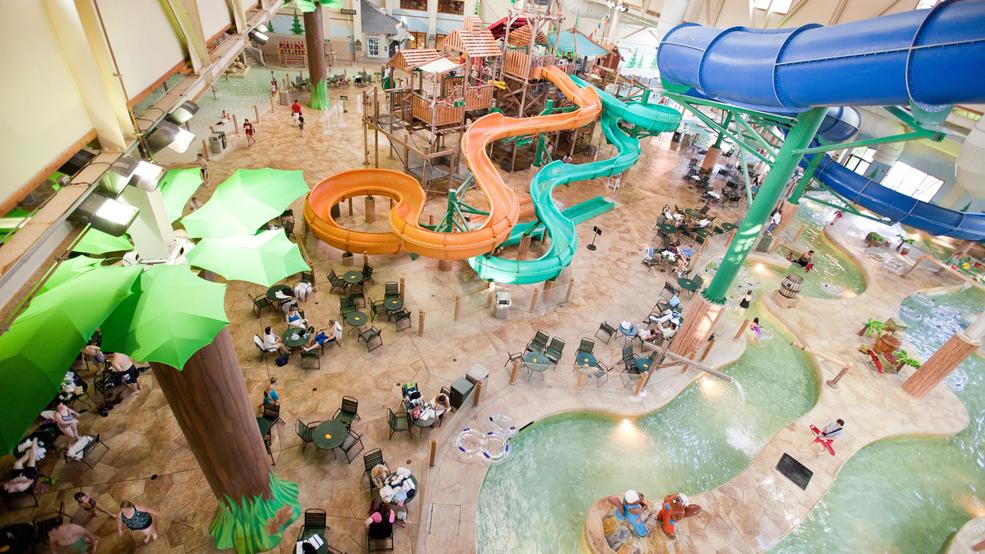 When I was a kid, the wildest amusement park ride my mother would consider was a merry-go-round. Because of that, I feel like my kids are pretty lucky that I love roller coasters—the faster and higher and twistier, the better. I’m always up for a trip to Busch Gardens or Kings Dominion, conveniently hiding from my children the fact that both of these parks feature something I loathe: water parks.

Apparently, I’m not alone. After deciding to suck it up and join my sister’s family for a couple of nights at Great Wolf Lodge in Williamsburg, Va., a Facebook query for tips from friends hinted that it was probably going to be a pretty unpleasant experience—but that the kids love it, so it would be totally worth it. Here’s what I learned from my own trip to Crazytown:

Bring friends—for you and the kids

I’m not sure I would have survived without my sister and her family. Because her kids were there, including my 17-year-old niece, mine were able to run around and visit the waterpark with their cousins (read: without us). And because we had another couple to hang out with, we could laugh, commiserate and drink enough to forget all the germs we were likely soaking up through our feet at any given moment.

Prepare to be upsold

And prepare for your partner to say yes before you can get the word “no” out of your mouth. (Why can't two parents ever agree on such things?) There’s an arcade that is loud and bright and smelly, but that the kids can’t get enough of. Surprise! It’s also pricey. Give them a game budget and don’t be surprised when they come back 20 minutes later begging for more. If your kids seem interested, go ahead and splurge for the MagiQuest wand, which costs about $30 and then another $15 to activate. Kids can take it around the lodge and open boxes with it and get points. Life hack: Wands can be reactivated on return visits, so ask friends who have gone before if you can borrow one.

Bring everything you can from home

The only thing worse than paying a lot for food is paying a lot for bad food. And the food here is bad. Make a plan to hit The Cheese Shop in Colonial Williamsburg to pick up wine, cheese, crackers, sandwiches—whatever provisions you can for making it through the trip. Pierce's Pitt Bar-B-Que, a great spot for legit barbecue sandwiches and kid-pleasing mac and cheese, is right around the corner from the resort for a quick meal. Also, bring refillable water bottles and your entire bar -- I will neither confirm nor deny that there were actually gin and tonics in my stainless steel water bottle. Pack paper plates, plastic cutlery and napkins for eating your contraband food in the room, plus a cooler to take home leftovers.

Go on a weekday

Prices are cheaper during the week, and my sister reports that the entire resort was far less crowded on her mid-week visit than it was during our weekend stay. On a September weekend, the water park was packed to the gills, kids were tearing through the halls and the line for coffee in the morning at Dunkin’ Donuts was absurd.

There’s probably only one refuge from the total bedlam that is Great Wolf Lodge: the spa. There’s no wi-fi in the serene yet bunker-like waiting room, so you won’t get any texts from kids asking where you are. (A real shame.) Sip some tea, enjoy your massage and remind yourself that after all the money you’ve spent on the kids, and the fact that you really took one for the team, you deserve to give in to a little upselling, yourself.