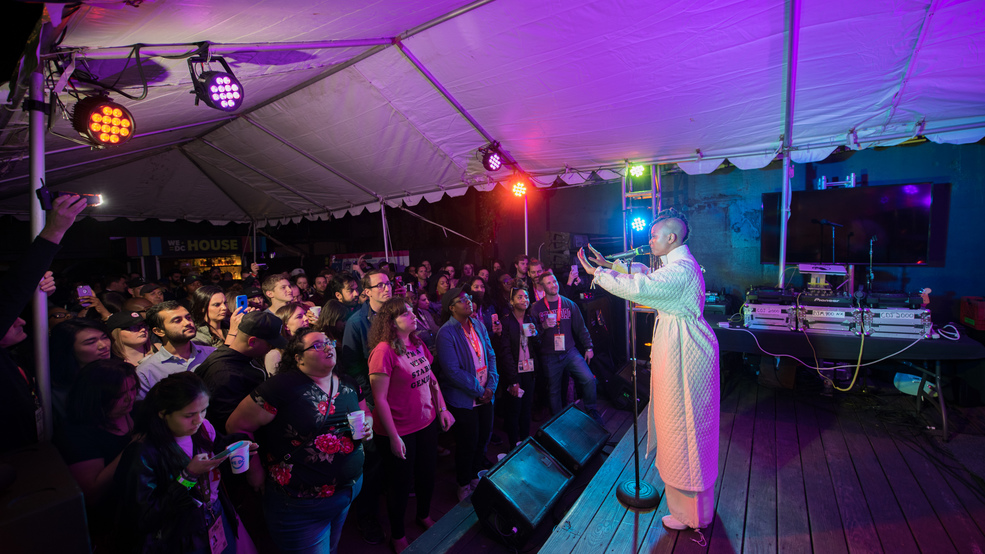 DC-native Kelela wowed the crowd from the Events DC Soundstage at the WeDC House with her soulful vocals.
SEE MORE

Texas (yes, Texas) showcased the best of DC in an exclusive event

With a growing sports fan base, exciting entertainment opportunities and renowned culinary achievements, the DC landscape is one that the rest of the country wants to see, hear and taste.

That's why the District's finest headed down south last month from March 11-15 to Austin's SXSW for the second year in a row: to showcase the finest our city has to offer. (Check out what happened at last year's event here).

As the District's official convention and sports authority, Events DC partnered with the Office of the Mayor, the Office of the Deputy Mayor for Planning and Economic Development (DMPED) and the Washington, DC Economic Partnership (WEDCP) in Austin at the WeDC House to highlight everything that makes our city so great.

"Our goal remains to attract innovative leaders, brands and events to DC: an inclusive city and a hotbed of creativity and innovation," said Max Brown, chairman, Board of Directors, Events DC.

Here's the low-down on the event:

Attendees also visited the Events DC interactive truck-turned-DJ booth, featuring DJ Ki and DJ Mathias, both DC-based DJs, who gave a crash course on the art of DJ'ing - including tips on spinning and balancing levels.

The official program panel, Standardizing Esports: The Next Phases for Cities, included the industry's thought-leaders, including Andy Miller, co-founder of NRG Esports and co-owner of the Sacramento Kings, Thierry Chau from Ruckus, a leading technology venue integrator and Kristen Salvatore from Twitch, a live-streaming video platform.

What were the main events?

The entire program was centered around game-changing events based on technology, culture and entertainment. These were the highlights:

The District continues to be a tech-driven city that attracts residents, visitors and businesses from around the world, and Events DC is committed to promoting our city's talented artists, signature festivals and iconic venues-to best support our rich and diverse community.