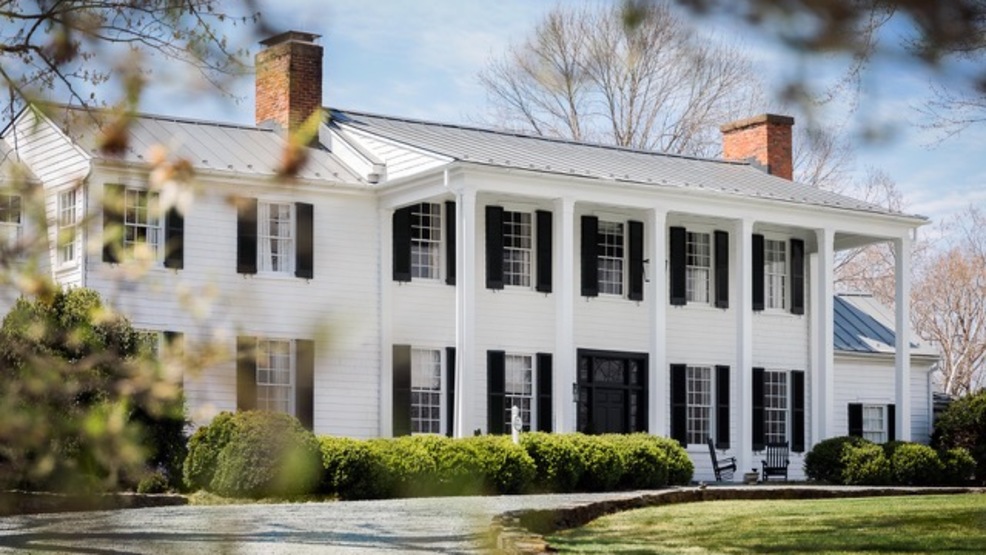 There’s a good chance you’re no stranger to Charlottesville, Virginia. In the fall, this historic college town in the foothills of the Blue Ridge Mountains becomes a popular travel destination for history buffs, wine lovers and UVA football fans, but there are several new reasons to plan a visit there soon for a weekend getaway.

The top reason to visit is The Clifton, a fully renovated boutique hotel and resort with a Michelin-starred chef, Matthew Bousquet, who runs the property’s main restaurant, 1799. Before this, Bousquet won his Michelin star at the acclaimed restaurant, Mirepoix, in northern California.

As soon as you enter The Clifton, you’re greeted by Bousquet’s garden, where most of 1799’s ingredients are sourced, including vegetables for a buttery fettuccine and ripe tomatoes for his heirloom salad.

If you’re only visiting The Clifton for dinner, be sure to secure a reservation in advance. This restaurant is one of Charlottesville’s hottest new restaurants, and because room rates start as low as $141 per night, you won't have to shell out a lot to stay the night. This estate, rooted in time and place, was once the home of Thomas Jefferson's daughter, Martha. Today, the original 100-acre property has been transformed into a 20-room modern boutique hotel.

Experts from Blackberry Farm Design were brought in to give the property 21st-century upgrades. The hotel has a resort vibe thanks to an outdoor hot tub and infinity pool, full-service bar and rooms filled with little extras, like Nespresso coffee machines, Malin Goetz soaps and plush robes.

When you’re in need of an outdoor adventure, there’s a nearby river and lake to hike, or it’s just a 10-minute ride into Charlottesville where there are plenty of outdoor dining and drinking destinations along Main Street.

The Clifton also has complimentary access to Common House, a new bar and social club in downtown Charlottesville. Drinks on the roof offer a nice view from which to plan a bar crawl for the night.

Other recommended stops along this crawl include The Alley Light, a dark and moody speakeasy, Red Pump Kitchen a farm-to-table restaurant with seasonal cocktails and Three Notch’d Charlottesville Brewing Company, which resembles a traditional German beer hall and garden.

Even if you’re feeling a bit groggy the next morning, you’ll want to wake up early for a few tourist activities. Study up on your Founding Fathers by taking a two-prong history tour of Monticello, Thomas Jefferson’s home, which is located about 10 minutes from Charlottesville, and Montpelier, James Madison’s home, which is located about 30 minutes up the road in Orange County, Virginia.

No trip to or from Charlottesville is complete without a pit stop. Take time for a leisurely lunch or afternoon apple picking at The Market at Grelen. This property is set on a 600-acre tree nursery, which makes it a destination for those with green thumbs, as there are several plants, succulents and flower varieties to choose from at the greenhouse and garden center. But it’s also a great place to unwind with a bottle of Virginia wine and some freshly prepared salads and sandwiches at the garden cafe.