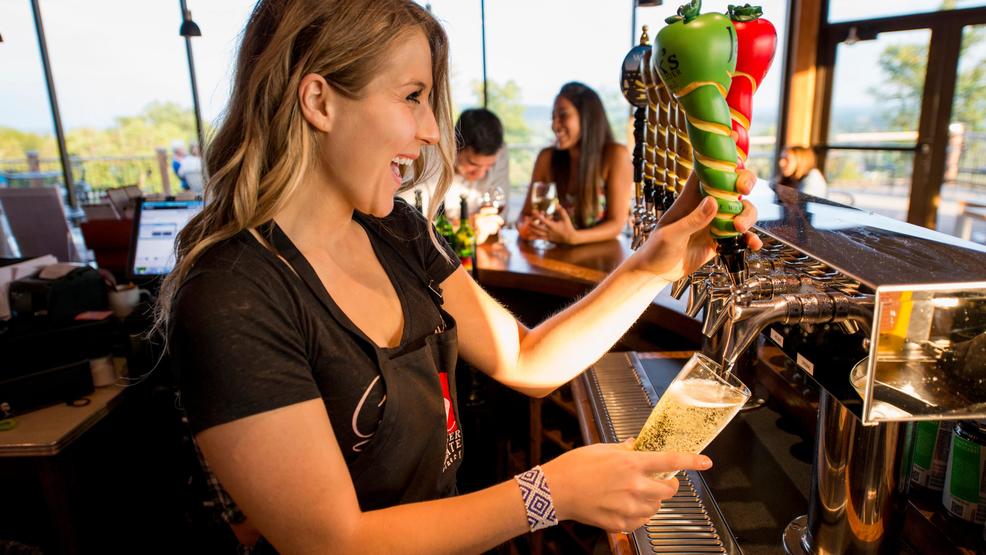 There's more to Adams County than Gettysburg -- it has cideries

Back in the summer of 2007 after a long day selling produce from the family farm at a Philadelphia farmers market Ben Wenk and his father went to a nearby bar for drinks. Wenk ordered a hard apple cider produced in England and became an immediate fan of its crisp dry taste. He encouraged his father to give it a try, which he did and then simply replied, “We could make that.”

Wenk took his father’s words to heart and after nearly a decade of learning about hard apple cider production, planting and growing new varietals of apples just for cider, and making many test batches he released his first commercial bottling of Ploughman Cider in 2016.

A seventh generation farmer, fourth generation orchard grower, and now first generation cider maker, Wenk is excited about the future of his hard cider and for Adams County, Pa., where his family operates Three Springs Fruit Farm and have been farming for more than 100 years.

Mostly known for being the home of historic Gettysburg and its famous Civil War battlefield, Adams County is also “apple country.” Its orchards produce more apples than anywhere else in Pennsylvania and are the main reason the state is the fourth largest apple producer in the country.

“I think the thing that separates [Adams County] ciders is the proximity to the fruit,” says Wenk. “We grow some of the best apples in the world here and the terroir of the region comes through.”

With the birth of Ploughman, there are a now four cideries in Adams County including Jack’s, Big Hill, and Reid’s. And while there is not yet an official “cider trail,” it is relatively easy to plan a visit to each cidery for tours, tastings, and buying.

Jack’s, the largest cidery of the bunch, has a beautiful glass enclosed tasting room with 360-degree views at Hauser Estate that is open daily. There is typically more than a dozen of its signature and seasonal ciders on tap for visitors to sample and plenty to purchase. In addition, its production facility is onsite and open for tours with advance request.

There are two tasting room options for Reid’s. The main tasting room is open on weekends and located onsite at Reid’s Orchard & Winery. There are no officials tours but the tasting room staff are happy to explain Reid’s cider making process. In addition, in downtown Gettysburg you will find Reid's Winery Tasting Room and Cider House that is open daily.

Ploughman and Big Hill do not yet have tasting rooms but will welcome visitors by appointment, especially on weekends.

A stop at Tommy’s Pizza is also recommended. The family-owned and operated pizzeria is located in downtown Gettysburg and open since 1973. In recent years it has become an ambassador for Adams County ciders and has most of the locally produced offerings available.

For those visitors who like to leave the planning to others, Savor Gettysburg Food Tours has multiple tours available that include cider tasting and cidery visits. There are also the annual PA Cider Fest held in the summer and the National Apple Harvest Festival held in the fall that provide great opportunities to experience Adams County ciders and those from other places.

So are you thinking about visiting Adams County?

Adams County is located in central Pennsylvania and sits on the southern border of the state directly across from Maryland. It is an easy 90 minute drive from the Washington, D.C. area, traveling north on I-270 to US-15.