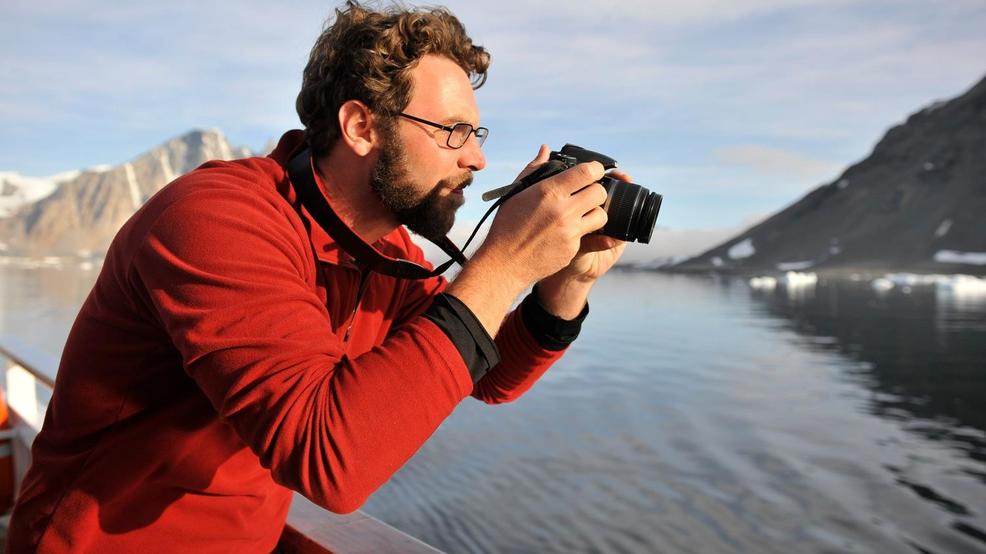 When Andrew Evans was six years old, he told his parents he was going to write for National Geographic. It took him nearly three decades, but his childhood dream came true when he got his first assignment for the magazine, an insider’s guide to Moscow’s Red Square.

Over the course of his storied career as a travel writer, he has written more than 40 articles for the magazine, as well as hundreds of others for the likes of Afar, Outside, and BBC Travel, and a pair of guidebooks for Ukraine and Iceland. His work has taken him to every continent and over 100 countries, though he doesn’t believe in counting the places he’s been. “Travel isn’t a contest,” he says. “And I don’t believe in bucket lists either, because that’s saying travel is a shopping list that we simply work through.”

The D.C.-based writer has driven from Chicago to Los Angeles on Route 66, spent a day blowing up snowdrifts with an avalanche crew in the Canadian Rockies, and climbed Mt. Kilimanjaro.

What was perhaps his most ambitious assignment was inspired by a “lifelong obsession” with Antarctica paired with a desire to travel slowly and spontaneously. In 2010, he traveled by bus from Washington, D.C. down to the southernmost tip of South America, where he caught a boat to the bottom of the world. “Travel today is all about skipping over huge swathes of the Earth,” he says. “When you’re on a bus, you see how languages and cultures gradually transition from place to place and you get a full sense of the true size of the Earth.”

That epic 10,000-mile trip requiring more than 40 bus rides formed the foundation of his memoir-travelogue, The Black Penguin. Intertwined with his observations of the landscapes slipping by, the people he meets along the way, and the obstacles he must overcome – from helping get his bus back on the road after it crashes to evading a fan-turned-stalker – there’s another equally compelling narrative. Evans traces his personal journey growing up a gay Mormon, which includes its own hurdles to – ostracization from his family, bullying from classmates, and excommunication from the church.

Thankfully, a lifetime of globetrotting helped Evans surmount all these difficulties. “Travel always teaches you confidence,” he says. “Not necessarily that you’re badass – because I’m not – but that even in the worst situations, if you keep your head up, things will eventually work out.”

As the summer vacation season approaches, he’s got seven more tips to help travelers enjoy their own trips to the utmost.

No matter where you go, you can usually buy what you need to buy – or you can do without.

Stay in the best place.

It’s not necessarily about luxury; it’s about having the best experience. If you’re going to the beach, why save $20 and settle for a room that faces away from it?

Ask for what you want.

I don’t believe in being a whiner or complainer, but request a different room if the one you’re given doesn’t work for you.

When I go to a new country, I go into research mode. I download podcasts to learn as much of the language as I can, I watch movies on Netflix about the destination, and I read history books or literature from the region.

Don’t pre-book all your activities. The last thing I want to do when I travel is follow a schedule, because that’s what I have to do at home.

Delays happen and issues come up. However, you don’t have to accept someone else’s reality. Just because a ticket agent tells you there are no more flights or that they’re all full doesn’t mean you can’t figure out another way to get to where you’re going.

Disconnect so you can connect.

You should constantly ask yourself: “Is the recording of this experience preventing me from having this experience?” Sometimes I lock my phone in the safe for a time or leave it in the hotel room while I go out for a walk. That way I focus on enjoying the moment.