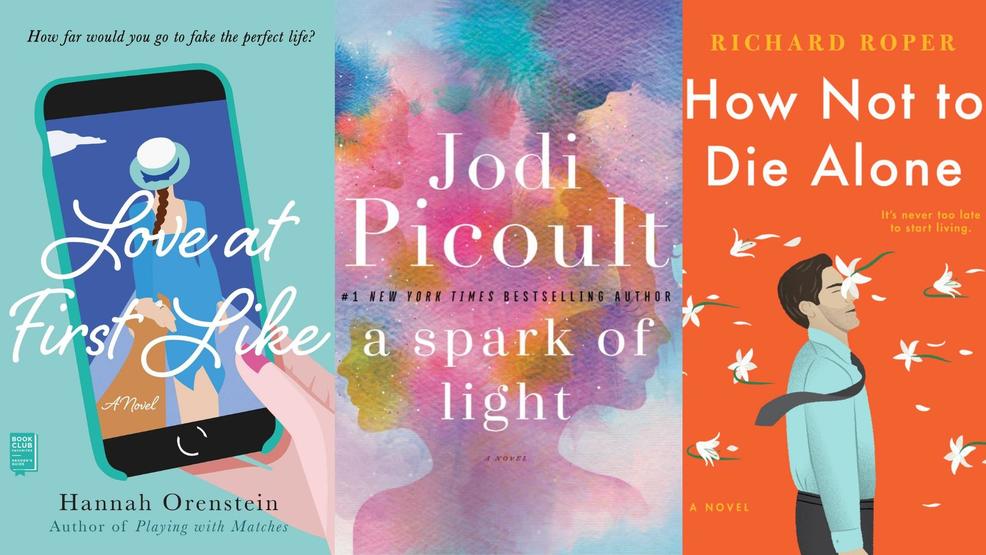 Sunscreen? Check. Towel? Check? Adorable bathing suit that you hemmed and hawed over in the mirror for hours but ultimately decided it was the one? Check. All you need to complete your perfect day at the beach and/or pool is a bag full of books. Don't leave home without one of these delish reads this summer!

The Story: Orenstein's second novel has all the charm of her debut novel, but with absolutely alluring writing, more nuanced plots and captivating characters I can guarantee you won't be ready to part with you when you reach the final pages. Jewelry store owner Eliza Roth gets herself in quite a pickle when she is doing some late night Instagram scrolling and stumbles upon her ex's engagement announcement, and decides to self medicate with a few drinks and posing for her own fake engagement photos with a ring from her store. But when she accidentally posts the fake photos to her Instagram account, her hundreds of thousands of followers are gleeful over her engagement, and business booms. Eliza must decide what lengths she will go to to keep up the ruse in order to save her flailing business, even if its rather disastrous for her own love life.

The Story: In typical Picoult fashion, the story unfolds from several vantage points, allowing the reader to analyze the same situation from multiple perspectives. What is different in this novel, is that Picoult starts at the end, and works her way back to the beginning. We know from the very first pages that a gunman has shot up an abortion clinic, causing multiple fatalities and injuries. But what we will explore throughout the novel is not only the shooter's why, but how every single character found themselves at that clinic in the first place on that fateful day. From teenage Wren to her detective father Hugh, the Christian doctor whose faith drives him to the clinic every day, a pro-life protester, a young nurse who prioritizes the needs of everyone around her before her own to the shooter himself, each character has a complicated back story that led them to be in the right place at exactly the wrong time.

The Story: Let me just start by saying if you choose to read this book on a crowded airplane, you will get a LOT of stares, and you may even have some well-meaning yet concerned strangers ask you "how are you doing today, hon?" This witty and entertaining novel is not at all a self help book, like the title may suggest. Andrew has spent years of his life unpacking the final days of those who die alone and often times unnoticed, and tracking down their next of kin. Sometimes they may or may not care that the deceased has passed, and other times they may not have anyone left to notify, and it falls to Andrew to plan their modest funerals, and even attend so they aren't exiting the world alone. Andrew's world is very isolated and lonely. Until he meets Peggy. Peggy simultaneously brings Andrew more joy than he thought he would ever get to feel and threatens to unravel his most well-preserved secrets.

The Story: FBI agent Nell hasn't been home to Long Island for 10 years. But when her father passes away in a motorcycle accident she is forced to return to the town that only holds pain, and from which she fled at the first chance she got. She returns under the premise that she will say a proper goodbye to the father she has never had much relationship with, scatter his ashes, clear out his house and be done once and for all. But when her father's partner in the homicide unit asks her to take a look at the last case her father was working on -- the murders of two young latina women -- Nell begins to question her father's obsession with the case, as he emerges as the prime suspect in the case. The more she digs, the more old wounds she opens and the more she realizes she may have never known her loved ones at all.

The Story: Despite their vast differences, Sadie Loman and Avery Greer have been inseparable friends for nearly a decade, until Sadie turns up dead on the night of the big summer blowout party. The police rule the death a suicide but it doesn't sit right with Avery, and a year later she is still hunting for more information. Yet the more she hunts, the more suspicious the police, and Sadie's family, become of Avery's own involvement. Avery must work fast to clear her conscience, and her name, before the town that she has called home her whole life turns on her.

9. Merchants of Truth: The Business of News and the Fight for Facts
Author: Jill Abramson
Publisher: Simon & Schuster (February, 2019)

The Story: Former Executive Editor of The New York Times Jill Abramson has been studying four media companies --The New York Times, The Washington Post, BuzzFeed and VICE Media -- over the last decade, intrigued by how the push towards digital media has been pushing out legacy papers such as the Times and the Post, while the fickle millennial audiences of digital publications have created new empires, and how the distrust in media as a whole has us all fighting for the facts.

The Story: Two couples are unmoored by an unexpected death. Christine and Lydia were lifelong friends who married Alexandr and Zach in their twenties. But when Zach drops dead 30 years later, Lydia decides to move in with Christine and Alexandr. And though at first the three friends all lean on one another for support, the support between two of the friends eventually veers to the inappropriate of "what ifs" "could have beens" and "now whats?"