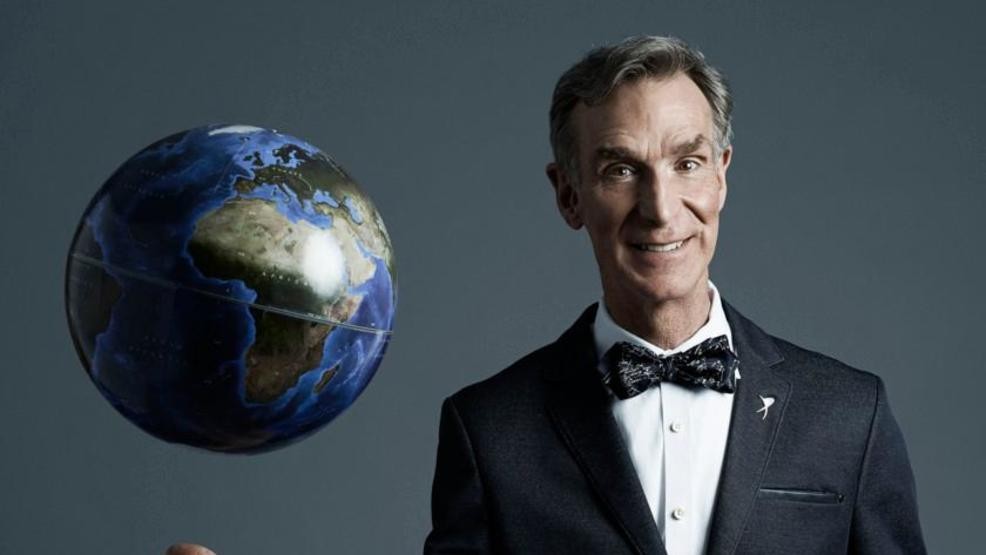 For Earth Day, you can bid on a night out with Bill Nye at the Air and Space Museum

From today through May 1, you can bid on a special night out with Bill Nye at the National Air & Space Museum. The highest bidder will get to be Bill Nye's special guest to a sneak peak showing of the upcoming "Apollo 11" documentary on May 14. The proceeds of the auction, which is being hosted by eBay, will go to benefit The Planetary Society, which advances space exploration, and the Brooke Owens Fellowship, which supports women in science.

The winner won't just get a night out with Bill Nye the Science Guy - according to a press release, the winner will also get to enjoy a panel discussion with the film’s director, Todd Douglas Miller, after the movie, a signed "Apollo 11" poster and membership to The Planetary Society. Plus, you know, bragging rights, supporting science and selfies with Bill Nye.

If you still want to do some good this Earth Day and get a little celebrity fix, you can also bid on a pair of sneakers with the image of a gorilla and Ellen DeGeneres' autograph. The proceeds from that auction will go to benefit The Ellen Fund, a nonprofit that helps endangered animals.

The auctions are being held as a part of eBay's Earth Day promotion - you can directly donate to groups like The Nature Conservancy, The Rainforest Trust and the National Wildlife Federation directly through the site. However, be ready to bid high if you want to aim for a night out with Bill Nye - as of publication, the bidding has reached $2,049.