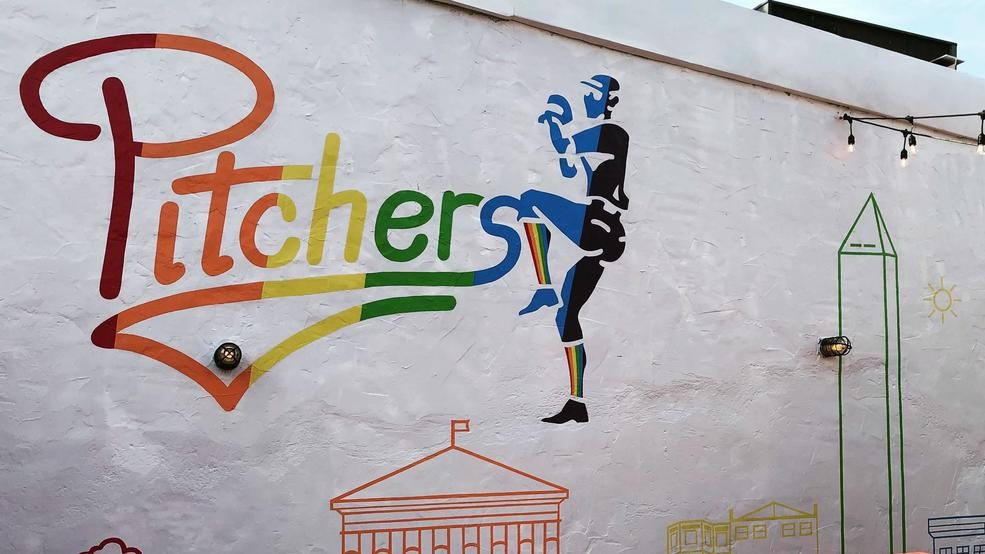 Pitchers is the latest in a string of new gay bars in the District that have opened in the last few months. A sports-themed bar with 10,000 square feet of space that includes five separate bar areas, a sit-down restaurant, and dance floor, it is the brainchild of David Perruzza, who previously was the manager of JR.’s Bar.(Image: Photo and Branding by Brunch Digital)
SEE MORE

LGBTQ nightlife in the District is evolving &ndash; not dying

First there was the legendary Tracks, a staple for LGBTQ dance club goers in the '80s and '90s. When it closed in late 1999, it was immediately replaced by Nation, which reigned until 2007. After that is when Town began its run that finished back on July 1.

Now the nation’s capital is without a large LGBTQ dance club and none is planned to open in the near future. This has added fuel to growing rumblings that “gay nightlife” is dying.

The speculation—in D.C. and in many other cities—is that the LGBTQ community is turning away from gay clubs and bars for various reasons ranging from apps like Grindr making it easier for people to meet without going out to the belief that younger members of the LGBTQ community are more comfortable going to straight clubs.

However, the closing of Town was not the result of any sort of decline in business—it was a direct result of a hot real estate market. This was made clear in a statement posted on Town’s website:

“Because there seems to be some confusion, we would like to state unequivocally that Town did not in any way choose to close. Our landlord sold the building to a new entity who terminated Town's lease and we were forced out so that the location could be developed into apartments. We would have loved nothing more than to remain in operation for another decade if we had been given the chance.”

The ownership group behind Town has made clear their desire to open another gay dance club in the District but have also said that it will likely take them some time to make sure they find a space that is right for them and the community. In the meantime, they will continue to operate two of their other popular gay bars, Number Nine and Trade.

Mark Lee, a longtime gay nightlife advocate, says Town’s loss of their space and closing is a temporary setback for LGBT nightlife. “During the many years I have been in D.C., I have seen lots of evolution, and their next venue will be an important part of that.”

Lee also gives some merit to the discussions about technology and equality as well as issues such as the tightening real estate market and burdensome city permitting and regulatory issues changing gay nightlife. Yet he also believes any discussion of its pending death are greatly exaggerated. He sees gay nightlife simply evolving as it has continually done so for decades. He points to the recent opening of Pitchers in Adams Morgan as an example of this evolution.

Pitchers is the latest in a string of new gay bars in the District that have opened in the last few months. A sports-themed bar with 10,000 square feet of space that includes five separate bar areas, a sit-down restaurant, and dance floor, it is the brainchild of David Perruzza, who previously was the manager of JR.’s Bar.

“I realized I didn’t want to work for someone else anymore and wanted to do my own stuff. I had this vision in my head and was ready to make it happen,” said Perruzza.

Perruzza hope is that Pitchers can be a place where all the diverse segments of the LGBTQ community can feel comfortable. To this point, he has designated one of the bar spaces at Pitchers specifically for lesbians. Called A League of Her Own, or “The League,” it operates as a bar-within-a-bar and is managed by Jordan “Jo” McDaniel, who previously worked at Freddie’s Beach Bar and Cobalt and recently was named the national winner of the Stoli Key West Cocktail Classic.

With the addition of The League, the District now has two permanent spaces for lesbians. Last month, Lina Nicola opened XX+ presented by Al Crostino. It is located on the 2nd floor above Al Crostino, a popular Italian restaurant in Shaw that Nicola co-owns with her mother.

On its Facebook page, XX+ is described as “a home in D.C. for queer womxn advocating diversity and fostering a united community on all fronts.” The last time that D.C. had multiple lesbian bars was around 2013, and it was without any following the closing for Phase 1 in February 2016.

The appearance of a new gay bar on Capitol Hill is another positive sign for D.C.’s gay nightlife. Orchid is located in the Hill’s Barrack Row and is inspired by the glamorous 1920s. It features a sixty-foot marble bar, walnut interior, and craft cocktails.

Creating a unique experience is a key factor for the future success of gay nightlife, according to Timur Tugberk, founder of Designing the District and Timur Tugberk Events. This was a goal he set for Orchid when he was hired to develop the concept and promote its debut.

“There will always be a need for gay nightlife. It is an important part of how we socialize and form community,” says Tugberk.

Metro Weekly, one of the oldest LGBTQ publications in the region, maintains a comprehensive online nightlife directory for the DMV. It currently has more than 40 venues and regularly occurring events listed.