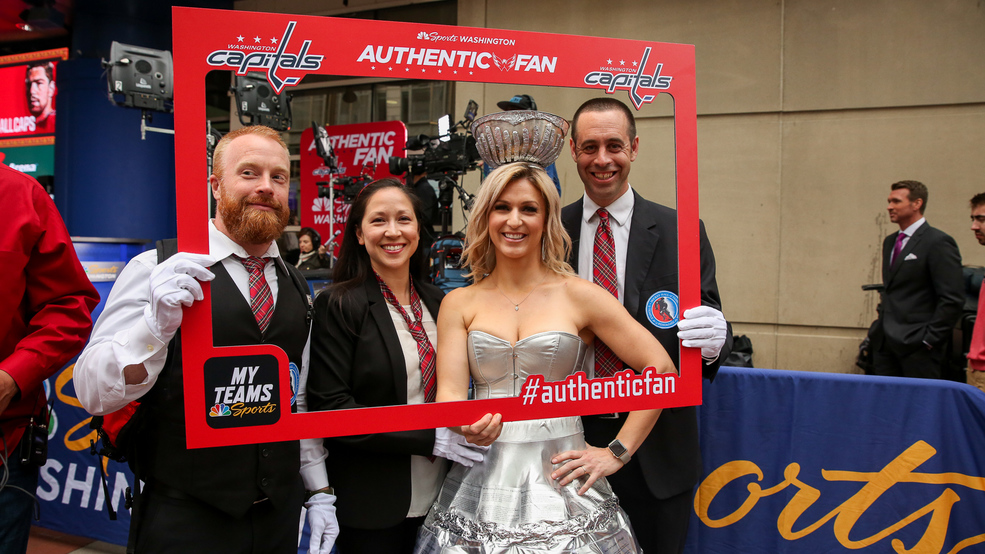 Out and About: 8 events that make this week stellar

Caps Game 6: After a decisive 6-0 victory over the Hurricanes on Saturday night, it's time to see if the Caps can close out this first playoff series with a W. Or, if they'l bring it back to D.C. for game 7. Free to attebd.

Dyngus Day DC: A celebration of all things Polish, come out and enjoy some Polish beer, polka, pierogies, kielbasa, pussywillows and squirt guns. Free to attend.

DCDogMoms Yappy Hour: Meet and catch up with fellow D.C. dog owners on the patio at Frenchy's Naturel, and enjoy extended happy hour specials. Celebrate both the return of spring, nice weather and year two of DCDogMoms! All dog lovers are welcome and encouraged to join. Free to attend.

Disco at the Watergate: Sometimes when this city gets crazy, all you gotta do is dance. As Mother Earth paints the skies in vivid hues and the sun’s reflection turns the Potomac to a rolling disco ball, you'll get down like Nixon’s admin is in the Post, with Daybreaker's morning dance party at the Watergate. Don the hot pants, leopard print and platform shoes, and let's Saturday Night Fever on a Wednesday morning. Tickets are $25.

Eat Drink Shaw: The Shaw neighborhood’s annual celebration of its best food and drink is back. Join for a night of stellar cuisine, cocktails and beers from this year's Host Committee of chefs, restaurateurs, mixologists, and brewers. Enjoy unlimited sips and noshes throughout the evening plus live music and dancing. Tickets are $80.

Urban Adventure Scavenger Hunt: Join Potomac River Running Store and On Running for the second scavenger hunt run, and explore the city in a whole new way. Runners will be split into random groups and sent on a mission to find the On checkpoints. Free to attend.

Broadway Center Stage The Who's Tommy: Based on the iconic 1969 album soon to be celebrating its 50th anniversary, this semi-staged concert production of The Who's Tommy is an exhilarating story of hope, healing, and the human spirit. This five-time Tony Award–winning one-of-a-kind musical tells the story of the pinball-playing, “deaf, dumb, and blind” boy who triumphs over adversity. Tickets start at $69.