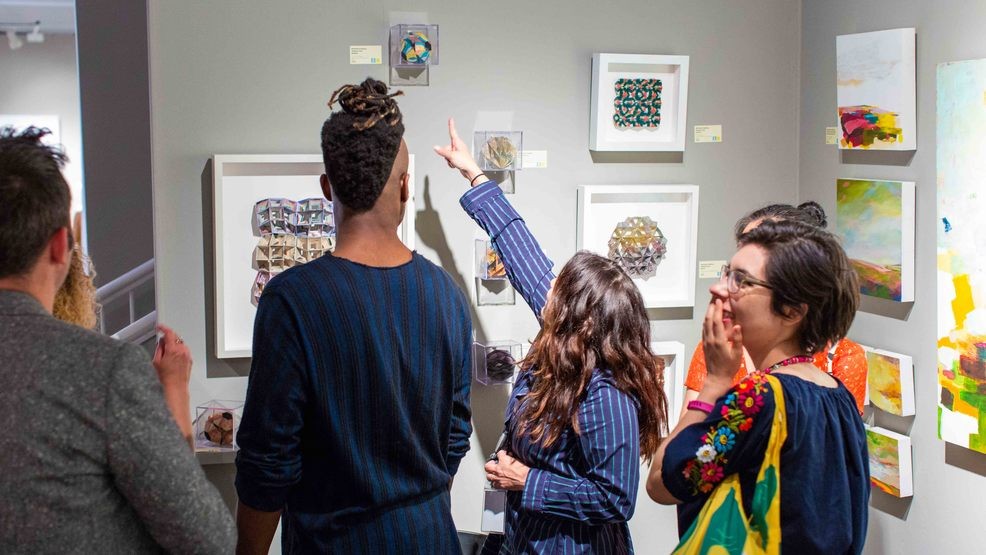 Superfine! seeks to make high art approachable to even the newbie art lovers, with accessible pricing -- 75 percent of the works sold are below $5,000, and price points start at $100. (Image: Courtesy Superfine!)
SEE MORE

Union Market&rsquo;s Superfine! will delight even the non-art lovers

Thanks to Superfine!, a show that describes itself as “the ultimate people’s fair” and a response to the typical “big box” art fairs seen around the globe, high art is being made approachable to even the newbie art lovers. For the first time, Superfine! will head to D.C. from October 31 through November 4 with over 300 visual artists and galleries highlighted in 70 curated booths; approximately half of these artists are women. In order to be as accessible as possible, price points begin at $100 with 75 percent of the works sold below $5,000.

Superfine! was founded in 2015 and has traveled around the nation to New York, Miami Beach and Los Angeles. In D.C., it will be located at Union Market, with half of the exhibitors based in the DMV area.

“I think our entire focus at Superfine! is not really playing to an existing art market, but building one and cultivating one,” said Alex Mitow, co-founder and director of Superfine!. “So, we’re looking more at affluent millennials, people who have the means to support the arts, but have never really considered themselves part of the market before. They have never really felt comfortable walking into a gallery and feeling like they could buy something. That’s our market.”

In order to keep the event casual, Mitow said that the event has done away with the classic, sterile white walls in exchange for gray walls.

“It seems like subtle change, but it warms it up,” he said, adding that there will also be music and performance art to keep the atmosphere lively.

One notable performer sure to turn heads is Sylva Dean and Me, a silent, interactive performance that has been performed at venues like Tate Modern and MoMa, and featured in publications like The Cut, Hyperallergic and Vogue Italia. In this performance, avant-garde artist Ventiko wears a milk-carton dress and a mask, only communicating through gestures.

“It’s kind of quirky and whimsical, but you also feel very touched by it, and that’s how we like to see performance art," said Mitow. "It’s not on a stage. It’s not like radically offensive where maybe a non-art person is turned off. It’s interesting. It draws you in, and it’s exciting.”

Some of the local galleries who will participate this year include Gallery O on H, Touchstone Gallery, Zenith Gallery and Foundry Gallery. Local artists will include oil painter, drawer and animator Scott Hutchison, Sarah Jamison, who was voted 2018 Best Visual Artist in the Washington City Paper, and contemporary realist Dennis Crayon, who is an award-winning member of The Art League in Alexandria and the Arlington Artists Alliance. Mitow also recommends watching out for the subversive, mixed media pieces by Chris Roberts-Antieau and the 36-24-36 Project by Ashley G. Garner and Lauren Karaman, which explores “beauty outside the three-numbered guide.”

Kicking off Superfine! on Halloween will be a costume-chic masquerade vernissage with champagne. A Young Collectors’ Ice Cream Social will be held on November 2 with unlimited ice cream courtesy of Trickling Springs Creamery. On November 3, there will also be a no-tie-required live music and craft beer tasting. For those searching for more learning and networking, Superfine! will host four panels with topics that include networking tactics for artists and how to build a great collection on a millennial's budget. Hint: you’re going to have to skip the avocado toast every now and then!

For a look at all of the events and ticket prices, which range from $12 to $55, head to Eventbrite.