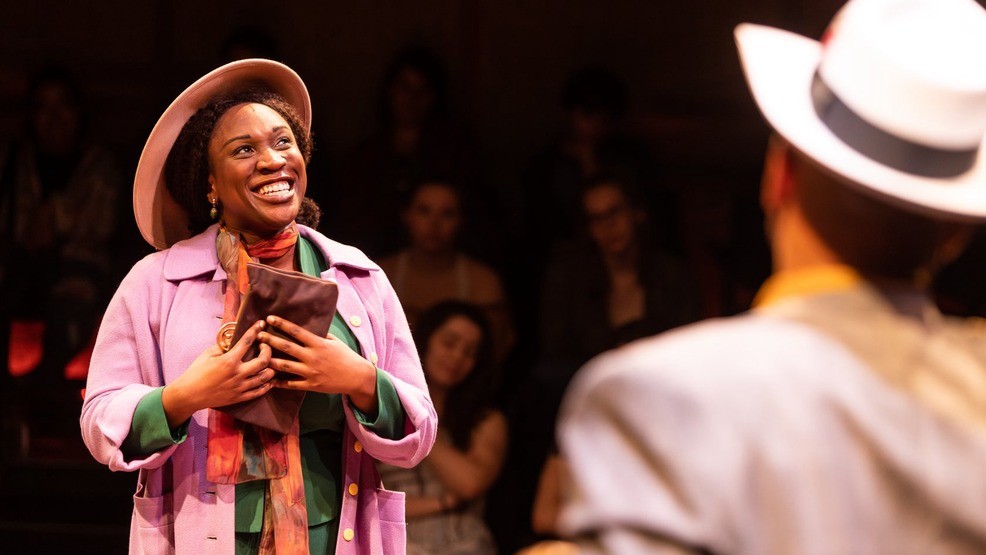 Summer may not officially start until June 21, but we are definitely feeling the heat in the DMV! Cool off by spending a few hours in the theater. This month's list includes classic musicals, with a couple of dramas mixed in for good measure. One even includes audience participation and another offers a scrumptious buffet.

SINGIN' IN THE RAIN

From Artistic Director Evan Hoffmann comes a wildly inventive re-imagining of an American mega-musical as no one has seen it before. Singin’ in the Rain has all the magic and glamour of the greatest movie musical ever made. So, when the projector at a super-fan screening of the Film goes up in smoke, the hosts save the day after all, in theatre, the show must ALWAYS go on.

Based on three short stories of Zora Neale Hurston (Their Eyes Were Watching God) and adapted by Jelly’s Last Jam writer George C. Wolfe, Spunk sets the human ability to endure to the strums of a guitar in a stirring musical fable. An unearthly Guitar Man and Blues Speak Woman tantalizingly interweave three tales of the early 20th century African American experience, from the fierce determination of a resilient washerwoman, to the zoot suit struts of 1940s Harlem, to the bittersweet innocence of young married love. Glowing with wit, humor and energy, resonating with evocative staging and soulful music, three tales of survival are told in the key of the blues.

it’s STILL the word! One of the world’s favorite musicals hits the stage in a high-octane production featuring all the hit songs you love, including “Summer Nights,” “You’re the One That I Want,” “Hopelessly Devoted To You” and “Greased Lightning.” Danny, Sandy and the coolest gang of students from Rydell High take you back to the 1950’s when drive-in movies, sock-hops and tough talkin’ Pink Ladies defined a generation. Grease and Toby’s go together like a wop bam boom!

When last we saw Nora Helmer, she left her husband Torvald—and audiences—with the slam of a door that became a feminist battle cry. Now, 15 years later, Nora knocks on that same door in search of closure except the reactions of those she left behind are not quite what she anticipated. That’s the funny thing about the end of relationships, though: hindsight isn’t necessarily 20/20 if you don’t stick around for the aftermath. Associate Artistic Director Nicole A. Watson shares her artistic vision with Round House audiences for the first time, directing this clever and sharp sequel to Ibsen’s 1879 masterpiece that opens up old wounds with fresh insight, unexpected humor, and modern sensibility.

Could you name a hundred things that make life wonderful? A thousand? How about a million? A 7 year-old child confronted by his mother's attempted suicide makes a list of things to live for that grows from childhood to adolescence to adulthood. From "Ice Cream" (#1 on the list) to "the Alphabet" (#999,997), Every Brilliant Thing shines a hilarious and compassionate light on dark corners of the human condition. Written by Studio Cabinet member Duncan MacMillan (1984, Lungs), and coming from a sold-out run last year, Studio brings Olney Theatre Center’s production to DC for SHOWROOM. A play about depression, resilience, and the lengths we will go to for those we love—told in collaboration with the audience.