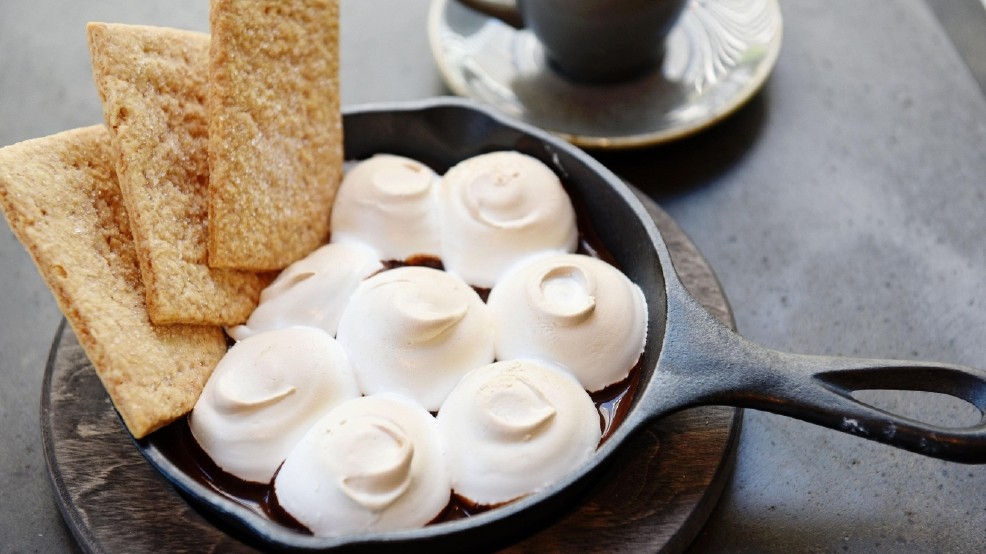 4 rising star pastry chefs who will delight your sweet tooth

Looking for a sugar rush? These four talented dessert designers will be your new best friends.

Don’t expect the usual flavor combinations from this talented pastry chef, who earned her pastry certificate from the Art Institute of New York City and honed her chops during a four-year stint at Del Posto. One creation featured toasted pecorino pound cake served with basil gelato and a pecorino frico crisp. A series of miniature doughnuts took their inspiration from cocktails, including grapefruit Campari, amaro chocolate, and grappa with sour raisin. And then there was the celery snickerdoodle cookie with peanut butter mousse and raisins intended to evoke memories of the childhood snack known as ants on a log. It was served on a cookie plate alongside sesame fortune cookies and eggless cookie dough with red walnuts and smoked salt. “We like to make things fun, so we think up unique ideas,” she explains. “There are a lot of tastings with [chefs] Aaron [Silverman] and Scott [Muns]; it’s very collaborative.”

After obtaining her culinary degree in Lincoln, Nebraska in 2011, Diekemper packed up her car and drove cross-country to D.C. to pursue her dream of becoming an executive pastry chef. Over the next few years, she worked at Pearl Dive Oyster Palace, Hollin Hall Pastry Shop in Alexandria, Virginia, and the Ronald Reagan Building. Her menu at Bonfire focuses on “comforting flavors that people know.” This autumn, she is offering an apple spice cake with hickory smoked vanilla ice cream as well as a warm chocolate chip cookie and marshmallow ice cream drenched in caramel sauce. Her s'mores are her signature sweets. There are seasonal flavors – such as gingerbread graham crackers with pumpkin spice marshmallows – and never-out-of-style flavor combos, such as chocolate graham crackers bookending peanut butter ganache and banana marshmallows. “Peanut butter with chocolate is my favorite thing in the whole world,” says Diekemper. “A Reese’s Peanut Butter Cup would be my last meal.”

Scott moved around frequently while growing up because her father was in the Army. Baking became her way of finding a moment of zen. While living in Fort Bragg, North Carolina, she began to sell chocolate chip, peanut butter, and sugar cookies based on recipes she perfected. The sweets were a hit, so she decided to turn her passion into a profession. When the family relocated to the D.C. area, she earned an associates degree in baking and pastry from the Art Institute of Washington. Following gigs at Sweet City Desserts and Cenan’s Bakery in Vienna, Virginia, she was hired as the pastry assistant at Ris and worked up to the top spot. She loves to play with classic desserts, so her menu has included a creamsicle sundae with vanilla ice cream, orange sorbet, candied orange, and white chocolate, as well as an orange tuile cannoli stuffed with rhubarb mascarpone and accompanied by strawberry-rhubarb compote. “I like composed desserts with lots of components,” she adds. Case in point is her new fall dessert featuring a pair of poached pears – one soaked in sauterne and spiced with ginger and cardamom, the other made with port, cloves, and star anise. They come with pear brandy ice cream, fried brioche bites, wheels of dried orange and lemon, and fresh mint.

While attending Trinity University, Specker took part in an exchange program in Japan. “They have a strong sweets tradition, but not dessert,” she says. “I have a huge sweet tooth, so I couldn’t find what I wanted to satisfy it.” She began infusing Eastern flavors in Western desserts so she could get her fix. She put her burgeoning love of baking on hold when she returned to the States – concentrating on her work as a teacher and for several non-profits instead – but she ultimately enrolled in a pastry program in what is now the International Culinary Center in New York City. She then began working at the now-shuttered CityZen under chef Eric Ziebold, who brought her into the fold for his two new restaurants. “I want to make desserts people really want to eat,” she says. “They have the first bite, a smile comes across their face, and then they go back for more.” A perfect example is her crunchy peanut butter and chocolate bar, which comes with salted caramel, cubes of brown butter marshmallows, brown sugar meringues spiced with a touch of star anise, whipped chocolate ganache, candied peanuts “for flair,” and bourbon ice cream.