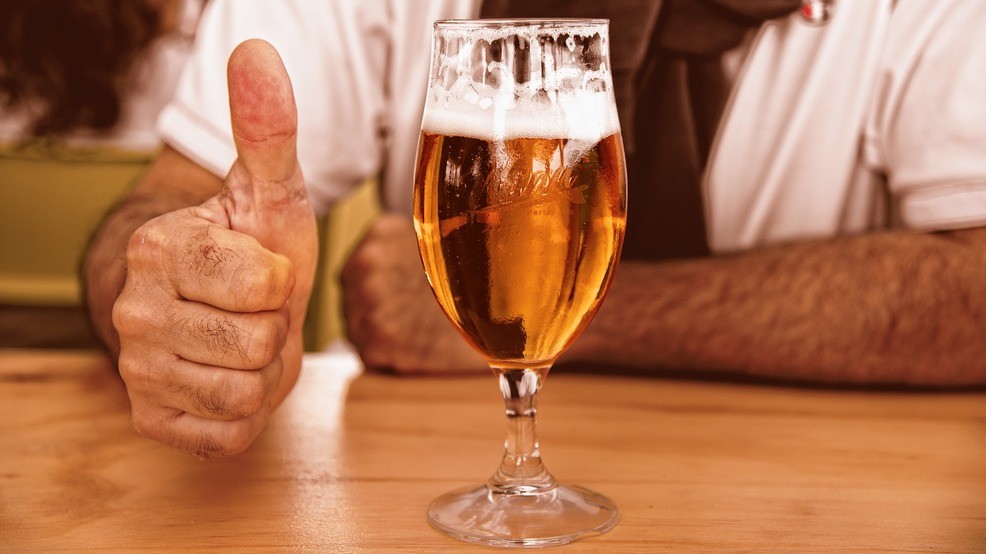 D.C. Beer Week doesn’t start till August 19, but that means you’ve only got about 10 weeks to complete your drinking prep. (File photo)
SEE MORE

D.C. Beer Week doesn’t start till August 19, but that means you’ve only got about 10 weeks to complete your drinking prep. While lagers, porters and IPAs can be easily found, if you’re searching for sours (that trendy, deliberately tangy beer of Belgian origin), look no further. Here are five D.C. spots to pucker your way through sour ales, local and otherwise.

In the basement of a brand-new Dupont Circle comedy club and former home of D.C. institution The Brickskeller, Bier Baron is a dark and musty relic of another era. The barstools were crafted with barrels and topped with now-peeling vinyl cranberry cushions. Rows of beer cans under plexiglass, mostly from the 1960s and ’70s, line the walls, and Bad Company is softly playing. On tap, find the Cascade Midnight Bramble (Portland, OR), which doesn’t carry a hint of sweet. Don’t expect a sugary aftertaste either with the Steinhardt Framboise (Braddock Heights, MD), which carries more of a raspberry essence than the saccharine of a lambic. For sour newcomers, the North Coast Tart Cherry Berliner Weisse (Fort Bragg, CA) is a good choice, mild and smooth, while the Brasserie de Silly Stupid Silly Sour (Silly, Belgium) is ridiculously tangy, with no touch of fruit. Keep an eye out for the torn dollar bills hanging from the ceiling—they’re apparently a gift from a regular, who likes to add just a bit more to his tip.

Red Derby, a decade-old bar built in a onetime pawn shop in Columbia Heights, is a haven for young hipsters. Its crimson walls serve several functions—a billboard for events, photos and local causes (including a “Vote No on Initiative #77” sign, which encourages voters to opt against a gradual increase on the minimum wage for tipped workers and is omnipresent in D.C. right now) and a makeshift screen for shows such as Cheers and Twin Peaks. Upstairs, there’s a decent-size rooftop bar with speckled cafeteria-style tables and plastic seating. Don’t ask for the draft list, as Red Derby is cans-only. The Larimer 99 Problems But a Peach Ain’t One (Denver) is only slightly sour and majorly fruity, but skip the Dogfish Head Sea Quench Ale (Milton, DE), which is basically a Corona with a squeeze of lime. Before you head out, note the torn dollar bills taped to the bar (Is this a thing?) and grab a donut.

Home to one of the best locally made sours in the area, Right Proper is a newish restaurant and bar just a stone’s throw from the legendary Howard Theatre in the ever-gentrifying Shaw. On tap, in addition to the Black Narrows Tart Oyster Wheat (Chincoteague, VA) and Country Boy Living Proof: Plum Wild (Lexington, KY), is Right Proper’s heaven-sent Wonkee Moon, a wild ale that delivers citrusy funk without the post-sip funky face. Savor it slowly while taking in a projected sporting event or the restaurant’s apocalyptic mural featuring wrestling pandas and a squirrel shooting flames at the Capitol. And feel free to bring your brew into the restroom; a shelf inside labeled “Beer Hotel” is happy to provide it temporary housing.

If you find yourself with a balmy evening, head to Dacha, where a wall-spanning portrait of Elizabeth Taylor will welcome you. Opened in 2013, the expansive beer garden in Shaw offers lots of shade with rows of large umbrellas and feels urban chic with its use of clean gray tiles, ample lighting and free Wi-Fi. There’s a handful of sours on tap, including the Union Craft Old Pro Gose (Baltimore), but avoid that one unless you enjoy the taste of gastric acid. Instead, try The Bruery Peach Sour Blonde (Orange County, CA), which is nice and rich with a subtle sour. (And if it’s still available, order a taste of The Bruery Out of the Lunchbox; it’s not technically a sour but rather a lightly sweet fruit beer blended with peanut and raspberry that should never be passed up when on the menu.)

The Corporate Bar: The Partisan

Part of Neighborhood Restaurant Group—which operates D.C.’s Churchkey and Bluejacket among its several properties—The Partisan is that place you bring your clients or coworkers for a meal that’s got more charisma than the overpriced steakhouse. In short, it’s “alt-corporate.” The playlist is ’80s alternative and the decor slightly swanky, with black velvety wallpaper near the restrooms across from a glistening bar. As for the sours, the Burial The River to Hell Bleeds Black (Asheville, NC) very much tastes like a hellish river, with a piercing tang and the odor of paint thinner. For something softer and sweeter, reach for the Upland Raspberry (Bloomington, IN), which pairs nicely, as anything would, with an order of pimiento cheese.