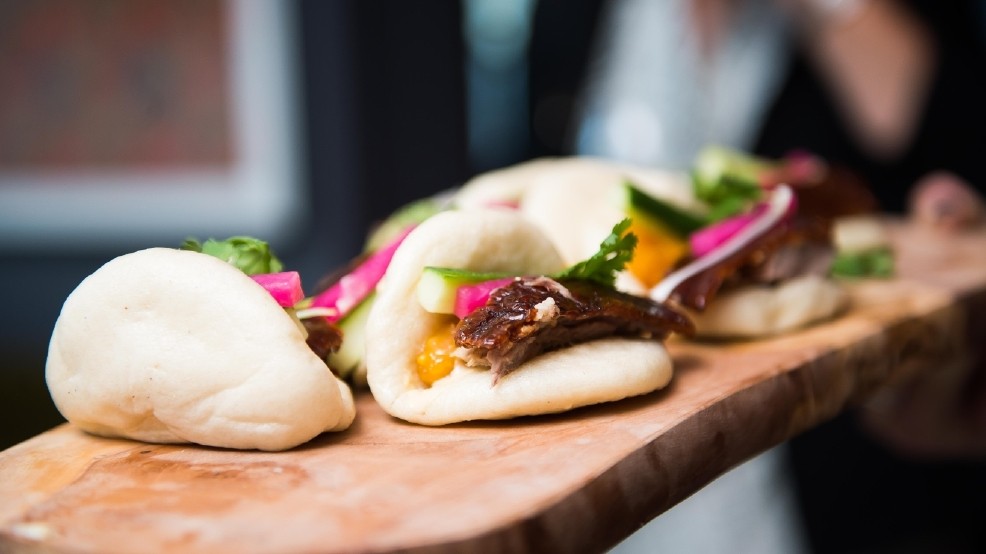 The Newseum is the destination for all things news. The seven-story museum boasts many news-based, interactive exhibits, including its 9/11 Gallery and a piece of the Berlin Wall, housed behind a glass facade to express its dedication to transparency. The natural pairing for the Newseum is its adjoining fine-dining restaurant, Wolfgang Puck’s The Source. Just as a journalist relies on sources, the Newseum’s relationship with The Source is based on synergy. (The Source Restaurant)
SEE MORE

A match made in the District: Museum and restaurant pairings

Spending a late summer or fall afternoon lost in a museum is a popular D.C. pastime, and the city is becoming just as famous for its food scene as it is for its rich history. After a stroll through one of D.C.’s many other museums, finding a good restaurant can be part of the adventure. Check out the museum and restaurant pairings below to help you plan your next culture and cuisine outing in the District.

The Newseum and The Source

The Newseum is the destination for all things news. The seven-story museum boasts many news-based, interactive exhibits, including its 9/11 Gallery and a piece of the Berlin Wall, housed behind a glass facade to express its dedication to transparency. The natural pairing for the Newseum is its adjoining fine-dining restaurant, Wolfgang Puck’s The Source. Just as a journalist relies on sources, the Newseum’s relationship with The Source is based on synergy.

“When we built the Newseum we wanted it to be a mixed space,” the Newseum’s public relations manager Sonya Gavankar said. “We love that partnership [with Wolfgang Puck’s The Source].” Museumgoers can also receive a discount on lunch from The Source with their tickets.

The National Archives Museum and The Partisan

The Partisan is the place to be after a visit to the National Archives Museum, prides itself on its nonpartisanship and houses important documents--ahem, the Declaration of Independence--from all three branches of the government. The museum is a five-minute walk from The Partisan, which offers a selection of charcuterie and a sweeping drink menu, both of which would make the Founding Fathers proud.

The International Spy Museum, the National Portrait Gallery and Proof

Spies, wine and portraits somehow make the perfect match with downtown D.C. restaurant Proof. An afternoon spent sleuthing at the International Spy Museum or spent gazing at portraits of American icons at the National Portrait Gallery will put you right around the corner from Proof. “We offer a lot of things that are maybe off of the beaten path, and it’s a great thing after exploring a day of museums to explore some new wines,“ Proof’s wine director Joe Quinn said. Proof also takes advantages of its proximity to the gallery by showcasing some of their more famous photos and paintings on four TV's above its bar (just in case you missed one).

Proof’s popularity comes from its food--of which the ahi tuna tartare is a fan favorite--and its extensive wine list, “which is a nice way of sitting down after a day of sightseeing and letting us serve you,” Quinn said.

The National Building Museum and Daikaya

As part of its “Summer Block Party” series, the National Building Museum partnered up with neighboring restaurant Daikaya for the museum’s ICEBERGS exhibition. The Kakigori (aka Japanese shaved ice) pop-up stand at the exhibit fits in perfectly with the massive “icebergs” in the Great Hall of the museum. “We’re trying to do different things that are a little more fun, a little different from the traditional environment,” said Brett Rodgers, vice president of marketing and communications at the National Building Museum. “They are excellent partners. Partners have been the key to our success.”

“With the National Building Museum located just across the street from Bantam King and just around the corner from Daikaya Ramen & Izakaya, collaborating at some point completely made sense for all of us, and with the launch of ICEBERGS at National Building Museum, the timing was perfect,” Daikaya partner Daisuke Utagawa said. Daikaya, part Ramen shop and part Japanese comfort food, is right down the block if you don’t get the chance to cool down with some shaved ice and icebergs before the exhibit ends on Monday, Sept. 5.