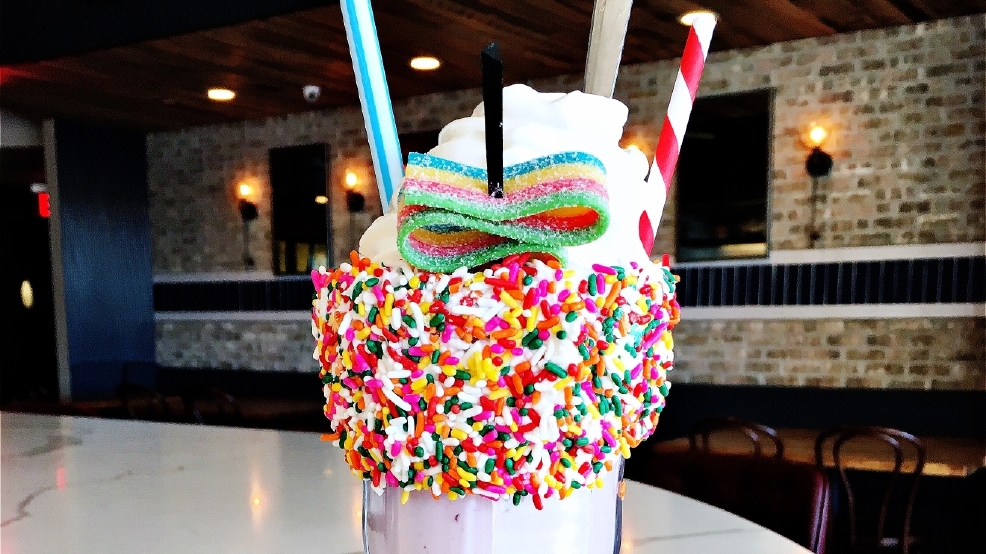 Dine like a unicorn at these four magical places

You could call Tiffany MacIsaac the unicorn chef -- that’s because her pastry cases are packed with a slew of treats inspired by the mythical beings. It all began with a simple blondie bar. “They tasted really good, but we thought they looked kinda basic,” says MacIsaac, “so we added edible glitter.” With that dash of sparkles, unicorn bars were born. Then came unicorn poop worthy of a Squatty Potty commercial. It’s actually vanilla-lemon marshmallows treated with kaleidoscope of colors. As if that wasn’t enough, customers can order unicorn cupcakes with golden horns, rainbow layer cakes decorated to look like unicorns, and unicorn-shaped macarons with funfetti filling.

Now this is meta. Last year, we declared “[Fluffness] organic cotton candy tastes like what you imagine unicorns eat for breakfast.” This got co-founders Viktorya Riley and Tatiana Podoliako thinking about what the golden horned beasts would munch on in the morning. So they crafted a pastel pink cloud of bubblegum flavored cotton candy – accented with a secret ingredient that they won’t reveal unless you can show them concrete proof that unicorns really do exist – and topped it off with a shower of rainbow sprinkles.

Rainbow Latte at the Royal

During the holidays, the LeDroit Park hot spot offered a confetti nog latte featuring blue-red-green foam art in the shape of a feathery leaf. “The amount of people who retweeted it or regram-ed it was outrageous,” says owner Paul Carlson. “We couldn’t keep it in stock. People kept coming in and saying, ‘I saw this colorful drink on Instagram and I want one.’” On weekends, the café would sell 20 of the unicorn-worthy potions a day. Now they’re developing a banana bran latte with similarly eye-catching foam art to try and replicate the spellbinding success.

As the name implies, this milkshake was named in honor of Queen Bey. However, it looks like it was designed with a unicorn on ecstasy in mind. Made with strawberry ice cream to give it a poppin’ pink hue, it has add-ons galore, making it more over the top than Beyoncé’s Grammys performance. Vanilla icing slathered on the rim of the glass serves as glue for a rainbow of sprinkles, plus there’s a peak of whipped cream and a squiggle of sour ribbon. Beware which straw you drink from – one is actually a pixie stick that will bless you with a magical sugar rush you won’t soon forget.