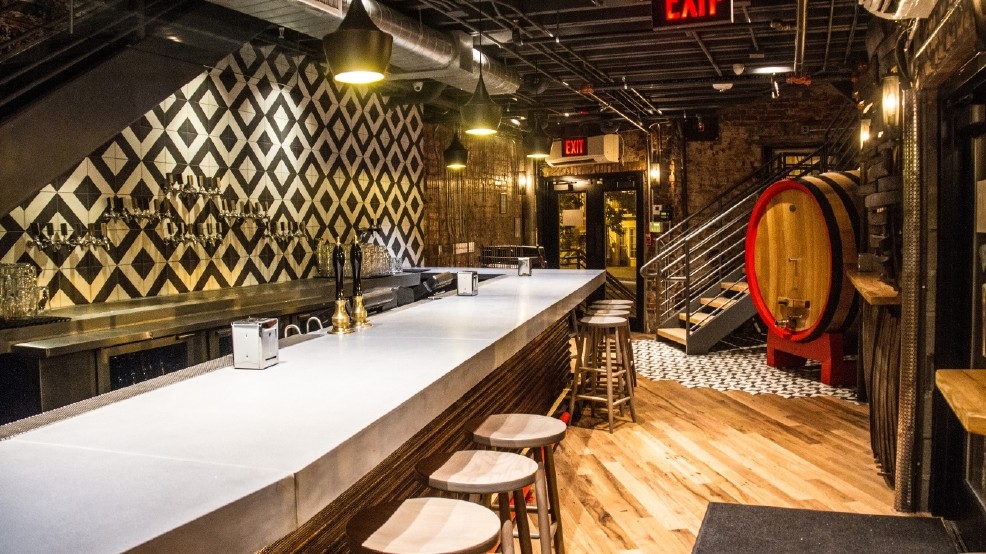 It’s made from pears, too. In which case, it’s not called cider, but “perry.”(Image: Courtesy ANXO)
SEE MORE

Down to the Core: The 6 things you must know about cider

You may have heard by now: DC has its first-ever Basque-inspired cider bar. If you haven’t heard yet, it’s called ANXO, and you’ll find it at the corner of 3rd Street and Florida Avenue NW. But what exactly should you know before you sit down to peruse their list of drafts and bottles?

First off, you won’t find Woodchuck, Strongbow, or any other mass-market ciders here -- just small-production ciders from the U.S. and Europe.

To crack the rest of the cider code, we sat down with Tim Prendergast, ANXO’s beverage manager, who gave us a bit of a primer about craft cider.

“The biggest misconception is that cider is in some way beer,” says Prendergast. Actually, ANXO has a winery license, because cider is nothing more than wine made from apples.

“A lot of people think it should taste like green apple Jolly Ranchers, and a lot of the industrial stuff does,” says Prendergast, but “natural cider is dry.” In Old World ciders, mostly from the Basque region straddling France and Spain, the cider is often earthy and aromatic. American cider tends to be crisper and more acidic.

3. Don’t try this with Granny Smiths or Galas.

“The apples that go into traditional cider are not good for eating at all,” says Prendergast. “They’re called ‘spits’ because they’re so tannic.” In fact, ANXO started a foraging project to find crab apple trees around D.C., and made 25 gallons of cider partly with those apples.

Unlike tannic red wines, they don’t spend much time in the barrel. Typically, apples that are harvested and fermented in the fall are ready for release by the next spring. That’s partly because oak isn’t a big part of the classic cider flavor profile. The barrel is just there to “clean up the flavors and mellow it out.”

5. You’ll get it as a six-ounce pour. Except when you won’t.

Most of their cider is served on draft in wine glasses. But there are exceptions. Like the drafts from their traditional English “cider engine” (think of a hand pump for cask beer and you get the idea), which puts out non-carbonated 12- and 20-ounce pours. Or some of their draft Basque ciders, which get filled into 12-ounce bottles. Your role: to pour that bottle into your glass “from height” for maximum head.

In which case, it’s not called cider, but “perry.”