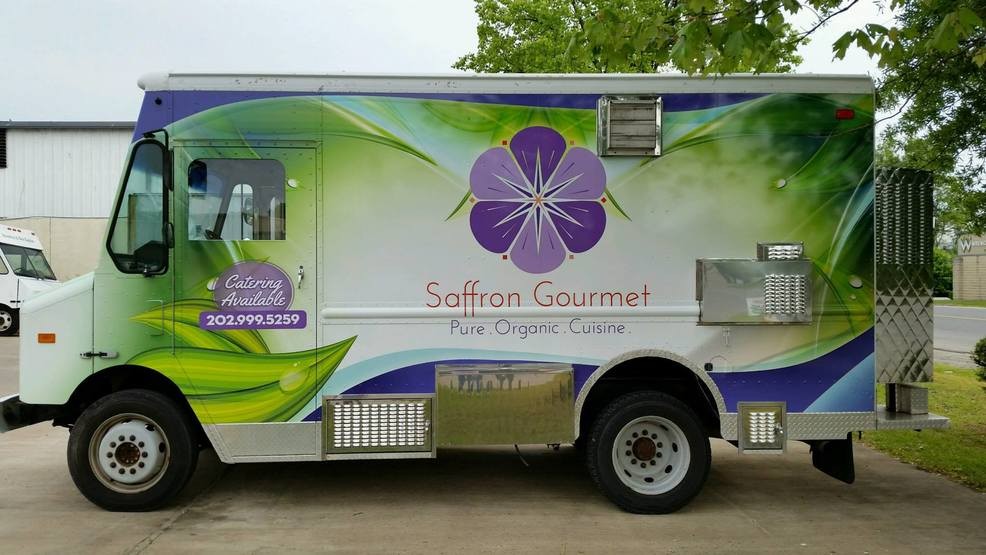 Your guide to the best food trucks at 7 local breweries

Parked outside more area craft breweries these days you'll find food trucks taking up residence. But which have the best ones and when are they there? If you feel like every time you roll up to a brewery the truck that's parked outside is just not what you and your friends are in the mood to eat, or you just miss your favorite meal on wheels by an hour (or a day), check out this handy guide.

This small operation in Loudoun County specializes in rotating selections of IPAs, lagers, barrel-aged beers and suds made with mixed fermentation, all named after song lyrics from the staff’s favorite artists. On March 2, nosh on a spicy beef or pineapple chicken empanada from Empanadas de Mendoza, on March 8 try a sir porklaot pizza with smoked pepperoni and fennel sausage from Cipolla Rossa and on March 16 share an order of dirty fries from Flavour, topped with chicken or short ribs and cilantro or tomato chutney.

To Drink: Angel in White is a citrus-y, refreshing versatile witbier, while Cosmic Jive is a juicy IPA hopped with citra and comet hops.

Come to this Alexandria brewery for their ever-popular Optimal Wit, stay for the variety of food trucks offered Fridays, Saturdays and Sundays. Get your hands sticky on March 3 with baby back ribs, barbecued chicken or pulled pork from Rocklands BBQ and order a Cuban sandwich, beef-filled plantain fritters called alcapurrias and vegetable soup on March 8 (and every Friday night) from Borinquen Lunch Box. Need even more of a bbq fix? Smoking Kow BBQ’s white truck and a black truck boast slightly different menus with favorites like brisket, mac and cheese and coleslaw-topped tacos.

This family-owned and operated brewery in Ashburn is inspired by their namesake road, a historical thoroughfare that’s connected the farms in Loudoun County to the markets in Fairfax County and beyond. Saffron Gourmet is there on March 1 and 10 with elevated fare like mango ginger habanero salmon and Parmesan tomato basil braised meatballs. Killer Tomato’s wood-fired pizzas (don’t miss the Pietaster with prosciutto, arugula, cherry tomatoes and garlic) tempt on March 3 and 15 and say oui to baked brie with candied walnuts, frites with garlic and parsley and a whole slews of les sandwiches named for that diminutive leader Napoleon from The Frenchman on March 16.

To Drink: Funky Face Mango Sour and Funky Face Cranberry Orange Sour are limited edition kettle sours for those who like their suds on the tart side.

Year-round, seasonal and specialty beers are the name of the game at this Fredericksburg craft operation, which releases new offerings just about every week. On March 1 don’t miss international street food like fried rice balls and bulgogi fusion tacos in addition to fried chicken and steak sandwich mac and cheese from Flyin the Coop. On March 11 Beverly’s Ribinator brings not only ribs but lamb, smoked turkey and cheesy grits, and on March 12 the mother and daughter duo behind Rosie’s uses family recipes and homemade pizza sauce for hand-tossed, handcrafted pizzas.

This 13,000-square-foot facility in Lorton has a 30-barrel brewhouse and a large taproom. Get messy with flank steak, pork carnitas, al pastor, veggie or blackened fish tacos from The Roaming Coyote on March 1, and be sure to slather on their sauces; avocado cream, chipotle Bourbon, cranberry salsa, spicy green sauce, tomato salsa and chipotle mayo. Natural Red Catering smokes chicken with applewood, pulled pork with hickory and brisket with pecan wood on March 2; add on hog apple baked beans, roasted redskin potatoes with onions or fancy green beans.

To Drink: Siren’s Lure is a fruity hop-forward saison with a tart and dry finish; Home Port Stout is a nitro oatmeal stout with rich coffee and cocoa aromas, a creamy mouthfeel and roasted chocolate flavor.

Though it’s named for a rural crossroads in Fauquier County, the origins of what “old bust head” actually mean are up for debate. Some say it refers to a resident who fell off his horse after over-imbibing one night, while others say it describes the locals’ penchant for getting into weekend brawls. Either way you’ll find a lot of food options at this Vint Hill craft brewery. Stop by on March 1 for a platter of rice, veggies and carne asada from Little Lady Grill. Love Indian? Blue City is doling out samosas, tikki chaat and butter chicken on March 2. Talk of the Mountain’s crab cakes are purported to be some of the best anywhere; try for yourself on March 3. On March 8, Two Smooth Dudes are topping tater tots with everything from shredded chicken and buffalo sauce to Parmesan cheese and garlic aioli. Bacon fans unite on March 22, when Bacon Weakling puts the crispy strips into sandwiches, penne pasta and even just an unapologetic big ol’ plate of bacon.

Launched in 2009, D.C.’s first brewery to make and sell beer in the District since 1956 is wildly popular in the DMV and beyond. On March 9, their HopFest event will feature several food trucks including Dangerously Delicious Pies baking up sweet and savory options like chicken pot, tofu curry, steak chili, lemon chess and blueberry pancake batter pies. Get warmed up on March 16 by Sweet Mossie’s ever-changing menu of stews like Moroccan bean and sweet corn, ginger coconut curry and West African peanut.

To Drink: The Citizen is one of the flagships, a Belgian pale ale inspired by Tripel ales crafted by Trappist and abbey brewers; Rosé du Gosé, a collaboration with Cape May Brewing, is a German-style gose inspired by everyone’s favorite pink vino.