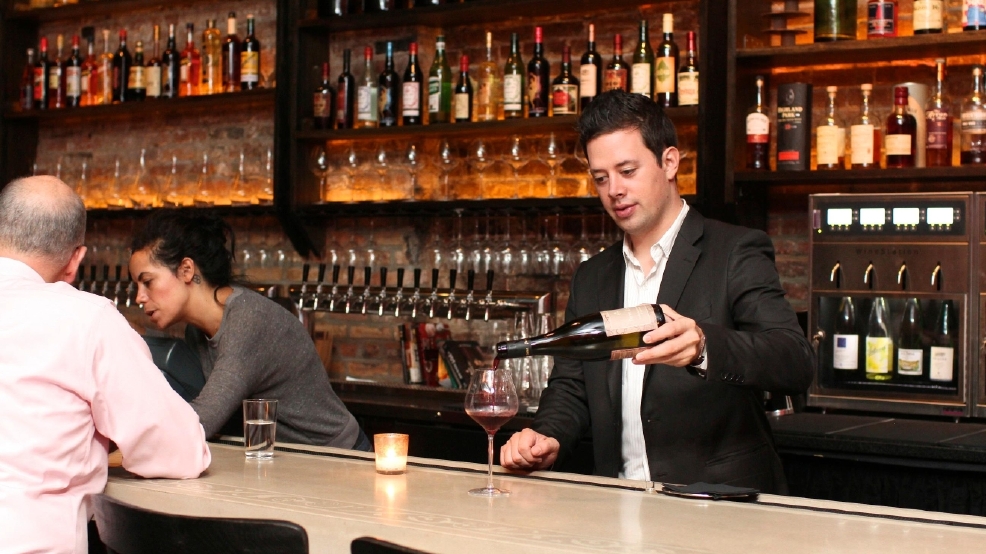 Get thee to The Partisan for Lambrusco Week

We say Lambrusco, you say - -what? Cloying plonk promoted by those ghastly 1980s Riunite commercials, barely drinkable even on ice as they suggested? Yes, that may have been true years ago, but modern styles of Lambrusco are different -- they're way better. Sure they are still fizzy and red, but the syrupy aftertaste of yore has been replaced by a dry fruitiness that makes Lambrusco absolutely uncorkable with all of the foods.

In D.C., no one has championed the cause for the Italian sparkler like Brent Kroll. Three years ago, the wine director for Neighborhood Restaurant Group launched Lambrusco Week at The Partisan, NRG’s charcuterie-focused restaurant in Penn Quarter. The venue wasn’t selected randomly, as the wine’s palate-scrubbing bubbles are able to swiftly cut through the fat of Nathan Anda’s delectable cured meats. Lambrusco itself hails from Italy’s meat- and substantial cuisine-rich Emilia-Romagna region, thought to be the birthplace of cured meats, where Kroll says natives can be seen walking down the street enjoying a cup of Lambrusco and a cup of salume.

This year, Lambrusco Week kicks off on August 15 at a tasting party from 5:30 to 7 p.m. at The Partisan. For $42 (inclusive of gratuity), Lambrusco fans (as well as those game to drink the Kool-Aid and start appreciating this under-appreciated vino) can sample the ten wines that will be featured all week, while nibbling on meaty options including Tete de Pho, 11-months-aged Ossabaw Belly, Chambord & Date Pork Rillettes and Kimchi Salami. Until August 21, diners can experience wine and charcuterie, pairing flights of three, five or 10 wines and charcuteries for $25, $35 and $60 respectively, or try any of them on their own.“If someone hasn't experienced Lambrusco, they should know the best quality versions are dry,” notes Kroll. “All ten we're going to pour by the glass at The Partisan will be dry.”

This year, Kroll has added three Lambruscos to the menu that are new to the D.C. market, and he’s really pumped about all of them.

Above all, Lambrusco Week is a chance to step out of your comfort zone and the same old same old pairings. Kroll’s advice? “Bring a friend and taste through all 10, [and] if you do a smaller flight, make sure to include a Sorbara, Grasparossa and a blend.” Now that’s some sage wine advice you can sink your teeth into.

Tickets are available for the "Lambrusco Tasting Party at The Partisan" here.