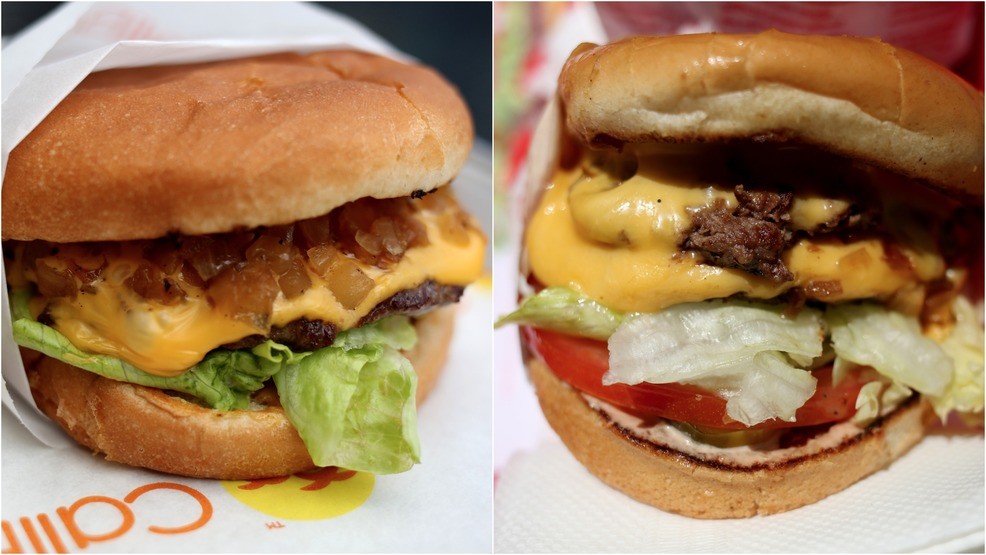 Like every Californian, I’m a snob about tacos, traffic and In-N-Out. So when someone mentioned that CaliBurger, which delivers out of Union Kitchen, tasted exactly like the burgers I grew up on I was immediately skeptical. Maybe it was the name; what self-respecting west coaster calls the golden state Cali?

For the uninitiated, or perhaps just the unlucky, In-N-Out has an almost cult-like following among Californians for its burgers, which locals order in off-the-menu variants. Even though it’s not listed on the menu, everyone knows ordering a double-double animal style means a double cheeseburger with grilled onions and a healthy serving of “secret sauce.”

Feeling like you’re in on a secret isn’t the only appeal to In-N-Out -- the burgers are phenomenal too. The patties are thin and juicy and the vegetables are always crisp and abundant, but the prices are low. In-N-Out is so ubiquitous and consistently good that it’s difficult to imagine there’s a Californian that doesn’t have a good memory of peeling away the red-and-white wrapper, whether it was at the In-N-Out in central California that marks the mid-way point between San Francisco and LA or stopping for a bite after a night out with friends.

The nostalgia is maybe what makes the idea of CaliBurger so alluring and I was hoping to find a taste of home when I stopped at their Columbia, MD location. I hoped trying out the brick-and-mortar storefront would level the playing ground for the taste test since In-N-Out doesn’t deliver, but I left slightly more homesick for my native burger.

Although the CaliBurger’s eponymous menu item comes in a golden bun and laden with the right vegetables, albeit less ripe than California’s produce, the patty was noticeably overdone and something tasted slightly off with their signature sauce. It was tasty, but the flavor didn’t match the secret pinkish sauce that covers one of In-N-Out’s animal style burger.

When I dug into the CaliFries, the off-ness of the secret sauce became more pronounced and I realized it tasted more like mayo. However, to CaliBurger’s credit, their potatoes are double-fried and definitely more crispy than its west coast counterpart.

Would I order it again? Maybe, if the homesickness was reaching a soul-crushing point. None of this is to say that CaliBurger doesn’t offer a decent meal, but it misses the mark as an actual substitute for displaced Californians in need of a fix.