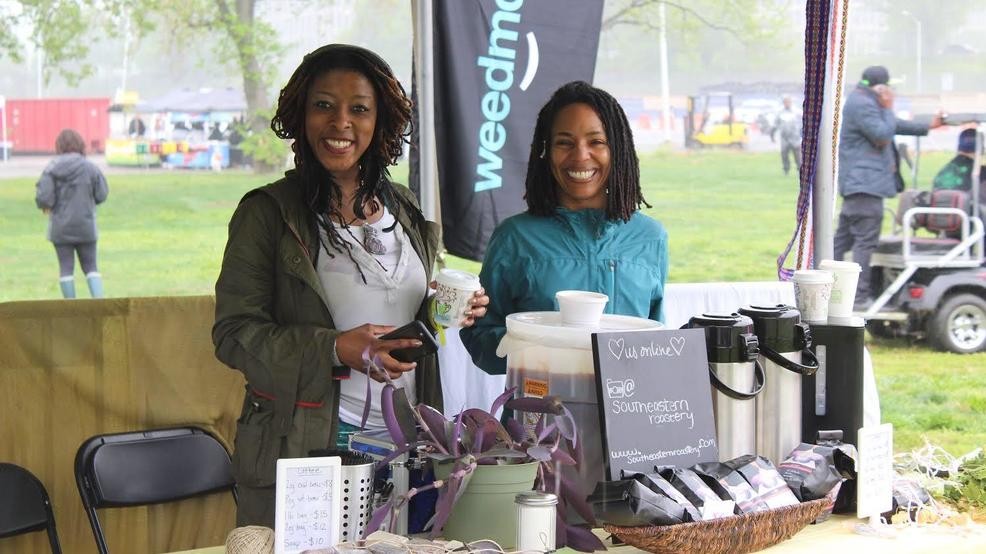 Meet Candy Schibly, the woman serving her coffee with a side of activism

Coffee hasn’t been a simple cup of joe for a hot minute -- we see you, direct-trade latte-art pour-over no-almond-milk-because-it’s-water-intensive hipster shops -- but Candy Schibly brings actual meaning to her brew. For her, coffee is about community and creating change.

Just in time for National Women’s History Month, Candy officially opened Southeastern Roastery in D.C. Candy began Southeastern Roastery in 2016 out of her great-grandmother's house in Isle of Wight, VA, while packaging in Washington, D.C. In December 2017, she began to operate and roast onsite at Songbyrd Record and Music Cafe in Adams Morgan; she started offering tastings in February.

“What differentiates my roastery from others,” Candy explained, “is our commitment to incorporating women throughout our value chain, our focus on using coffee as a conduit for open dialogue and cross-cultural communication, and our promise of bringing joy to coffee drinkers while expanding their palates.”

Armed with a grad degree in natural resource management, Candy traveled to Costa Rica, and came back enamored with the lifestyle and the crop. Candy saw coffee as a conduit to cultural connectivity, given that it's a product that is shipped, shared and sipped around the world.

The roastery is rooted in the third-wave specialty coffee culture. Unlike other companies’ push toward bold flavors, Candy sticks to light and medium roasts, allowing the flavor profiles of the beans to speak for themselves.

“As a woman and as a roaster,” Candy continued, “I think it's important to demonstrate and embrace the power of sustaining life in a way that is compassionate, honest, and fiercely resilient. I try to create a culture of positivity by living these principles that so many women have before me, without apology and by supporting other women doing the same, whether it's in coffee, activism, art or any other field. I think it’s important to understand that women play major roles in a cross-section of sectors professionally, and in their community.”

At Songbyrd, Candy creates a warm, welcoming space for people to roast and taste with her. It’s the kind of community spirit that other coffeeshops can only dream about. Candy hosts community-focused events like Bitches Brew, with Collective Action for Safe Spaces, to foster “discussions on women at the intersection of arts and activism.” Other events include fundraisers for the Capitol Hill Arts Workshop and other educational ventures. She also invites early-bird yogis to come by while she works to catch the roasting-worm.

Southeastern Roastery's coffee is sold by the cup - and whole bean by the bag - daily, and there are tastings twice monthly on Sundays.