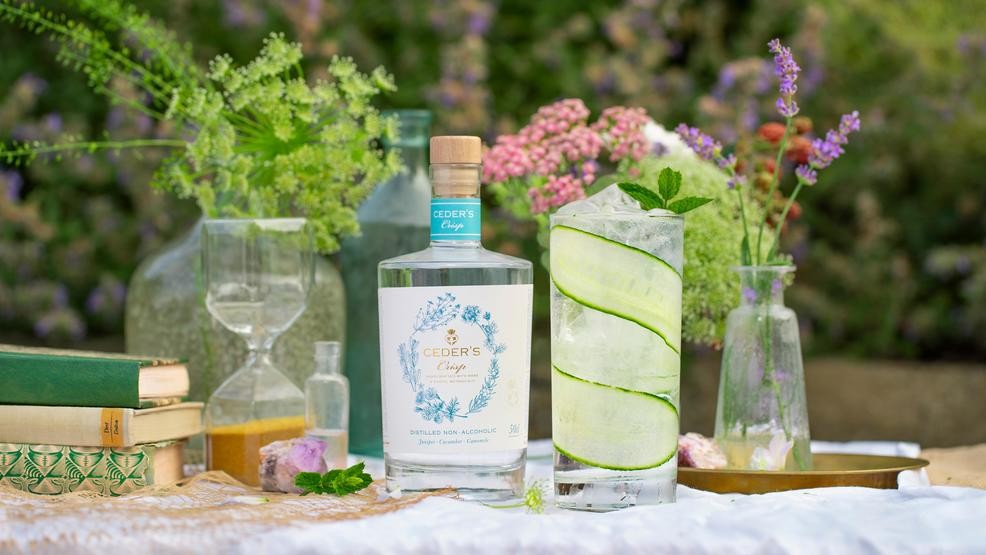 Meet the non-alcoholic spirits looking to replace your boozy beverages

The phrase “non-alcoholic spirits” sounds like an oxymoron, but they actually do exist. These zero-proof potables are designed to have the same nuance and depth of flavor as their boozy brethren – minus the buzz and the hangover. Over the last few years, a growing number of these spirited, but spirit-less, options have hit shelves, including non-alcoholic gins by Surendran & Bownes and the Driver’s Tipple, and Caleño’s booze-less spirit featuring juniper berries and tropical-vibed Inca berries.

Finally, abstainers have more choices than soda, water or a too-sweet mocktail.

Some believe the trend is partially driven by younger drinkers’ focus on health and wellness. “People no longer want to pay the cost of a heavy night out boozing – at least not as often,” says Maria Sehlstrom, one of the founders of Ceder’s, a line of non-alcoholic gins. “This, however, does not mean that consumers don’t want to go out or enjoy a sophisticated, adult drink experience, so they are demanding more options.”

Sehlstrom was inspired to create her hooch-free gin alternatives after becoming a parent. During her pregnancy, her husband, Craig Hutchison, who co-founded Ceder’s, had given up drinking in solidarity with her. During that time, they both had bemoaned the lack of interesting non-alcoholic alternatives.

Their company’s trio of “alt-gins” are all juniper-based but built around different botanical blends, which include wild ingredients from the Cederberg mountains of South Africa. The Classic is floral forward, thanks to geranium; Crisp is more refreshing, enriched with citrus, cucumber, and chamomile; and Wild is pepped with ginger, clove, and rooibos. To craft them, the botanicals are distilled without alcohol and then blended with water. All three are designed to be served on ice and complemented with Indian tonic water to mimic a classic G&T experience. Currently, they’re only available in the United Kingdom, but the company is working to expand their distribution to the United States as soon as possible.

His first attempts were quite humble, concocted in his kitchen using a small copper still and herbs from his garden. Ultimately, he began bottling it and distributing, and quickly earned a hardcore following. Now his production process is much more elevated. “We do individual cold macerations in specific ratios of neutral grain spirit and water for particular amounts of time,” he explains. “This individual mash is twice distilled in a copper pot still, the alcohol content removed and concentrated distillate of the plant collected, cold compound blended, micro filtered and then bottled. This is about capturing the true character of our plants. Ironically by using alcohol as a way to do that, given its functional solvent properties.”

The resulting spirits have no artificial flavors, no sugars and zero calories. Seedlip’s products are featured in some of the best restaurants and bars in the world, including Barmini and the Columbia Room here in D.C.