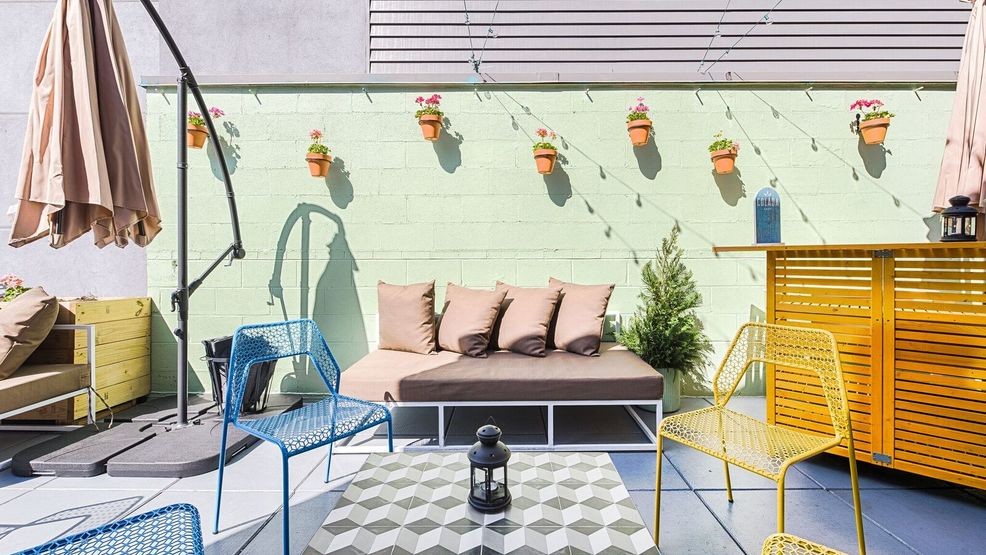 This Cuban cafe just off of 14th Street usually has a packed patio, but starting today they are opening their rooftop to guests. As if the lure of outdoor mojtos wasn't enough, on Thursdays you can score their excellent cocktails for $6 and chow down on $2 empanadas. (Image: Rey Lopez)
SEE MORE

9 patios and rooftops where you can enjoy the warmer weather

With temperatures projected to hit 80 later this week, we want to spend all of our time soaking up some much-needed Vitamin D! Here are 9 of the best bar and restaurant outdoor spaces where you can catch us sipping and noshing for the foreseeable future.

This Navy Yard spot is a favorite for locals to grab a drink and stellar seafood anytime of the year, but for spring, they've just unveiled their extended lounge. The waterfront patio is perfect for pregaming Nats games or just slurping down oysters in the sun.

This Cuban cafe just off of 14th Street usually has a packed patio, but starting today they are opening their rooftop to guests. As if the lure of outdoor mojtos wasn't enough, on Thursdays you can score their excellent cocktails for $6 and chow down on $2 empanadas.

Biergarten Haus never really shuts down their patio, but that's no reason to forget that it's there. It boasts the largest patio on H Street and their liter-sized happy hour beers ( $6 for 1/2 liters and $10 for full liters) are perfect for cooling down when summer finally sets in.

Le Diplomate's 14th Street patio doesn't open until April 14th, but they'll be offering new flavors of glace, a French-style ice cream. Between that and their new frosé made with St. Germain, ginger-lime cordial and cherry blossom syrup, it's definitely worth the wait.

This offshoot of Osteria Morini opened April 6, so you may be one of the early adopters if you stop by this Italian concept. The menu features frozen cocktails, including a negroni, and gelato ice cream sandwiches, which can be dined on beneath striped umbrellas on the Navy Yard boardwalk. We are guessing this will give Whaley's Rosé Garden a run for its money this year!

This intimate U Street spot has incredible food for both brunch and dinner, but when the temperatures rise, there's no place we'd rather sip a glass of rosé. Their happy hour features 15 (!) wines for just $5, but a large part of the draw is their back patio, which features a bocce ball court.

The Commodore can fly a little under the radar, but we're besotted with its intimate patio that's perfectly positioned for people watching near Logan Circle. Be sure to check out their burger of the week before embracing their extensive and inexpensive happy hour cocktail menu.

Hazel has one of the prettiest patios in D.C. and they're officially open for the season! While you're there, check out their new happy hour menu.

Just in time for baseball season, this Navy Yard restaurant has launched a boardwalk snack stand slinging such elevated ballpark staples like barbecue sliders, pulled pork nachos, frosé and the Devil's Backbone beer created specifically for the Washington Nationals, Earned Run Ale. According to Eater DC, the satellite stall will open two hours before and after each Nats home game in April, and then daily at 11 a.m. starting in May (weather permitting).