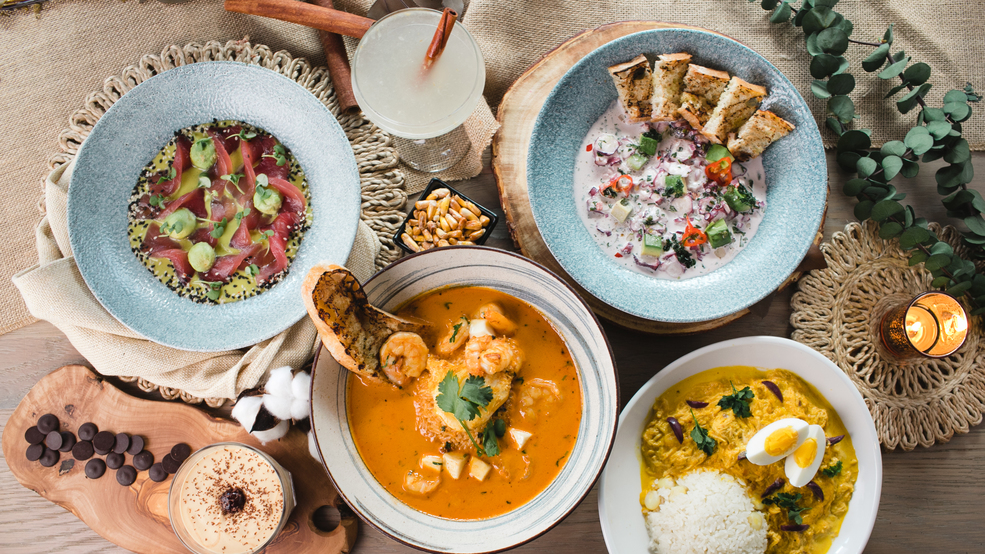 Anticipation for this tropical Island-inspired restaurant has been building for years. Chef Adam Greenberg has created an urban oasis complete with fish flown in daily from Hawaii and lots of rum and tequila cocktails. Most of the menu is built around small plates, including Spam fried rice, teriyaki grilled short ribs and a coconut salad. Hungrier guests can tackle the whole grilled fish, kalua pork or a half of a spicy coconut chicken. The drinks aim to be as fun to order as they are to drink, with names like the frozen Mahalo At You Later (rum, strawberry, Chartreuse and lime) or the Tuk Tuk Goose (vodka, Thai-spiced tea and ginger beer).

Award-winning Mexican chef Alam Méndez Florián has brought his country's traditional cooking to Old Town Alexandria. It's the chef's first venture in the U.S., and crowds are already packing the colorful restaurant for its tacos, ceviches and moles. The cheese, bean and chorizo tlayuda (sort of a crispy tortilla pizza) is a crowd-pleasing appetizer.Don't miss the complex, slightly sweet black mole served with tender grilled Cornish hen. Cocktails include riffs on margaritas as well as an old fashioned variation with mezcal, tequila and cardamom syrup.

The space that was once Bar Dupont has been transformed into this 1950's-inspired bar, complete with green and blue jewel tones, geometric tiled floors and dark wood accents. Grab a seat along the sleek bar or by the fireplace and enjoy its menu of classic cocktails like The Last Word and the Vieux Carré. Or go with an original creation like the Avocolada, a blend of rum, coconut, avocado and pineapple. Bar bites include addictive truffle fries with chives and Parmesan, a shareable charcuterie board and crab and Guinness bread.

February 2nd is the last day of business at Proof (775 G St. NW), known for its lengthy wine list and refined American cooking. It spent more than a decade in Penn Quarter and was a favorite among critics and guests. However, ownership reports it was unable to negotiate terms of a new lease. The restaurant will offer wine deals in the lead up to closing.

Start the weekend with Indian takes on eggs Benedict and Bloody Marys from Pappe's (1317 14th St. NW) new brunch menu. Try a variety of dishes with the brunch thali ($21), a platter loaded with rotating lamb, chicken, egg and vegetable dishes along with rice, naan and condiments.

Get out of the cold and embrace the warmth of Peru with winter dishes at Pisco y Nazca (1823 L St. NW). Grab a bowl of aji de gallina, a chicken stew with a slight kick, or a "chupe de camarones" shrimp chowder made with queso fresco. There's also a special octopus ceviche and a spiced coconut ginger rum daiquiri.

Ever the cocktail innovators, the staff at the Columbia Room (124 Blagden Alley NW) have created another tasting experience designed to challenge and engage the senses. The "Distortion" menu explores new ways to manipulate ingredients and expectations of what a drink can be. Guests will encounter cocktails with coffee, cheese garnishes, Gooseberry jam and even one that's manipulated by sound. Each of the four beverages will be paired with a bite from chef and culinary director Johnny Spero.