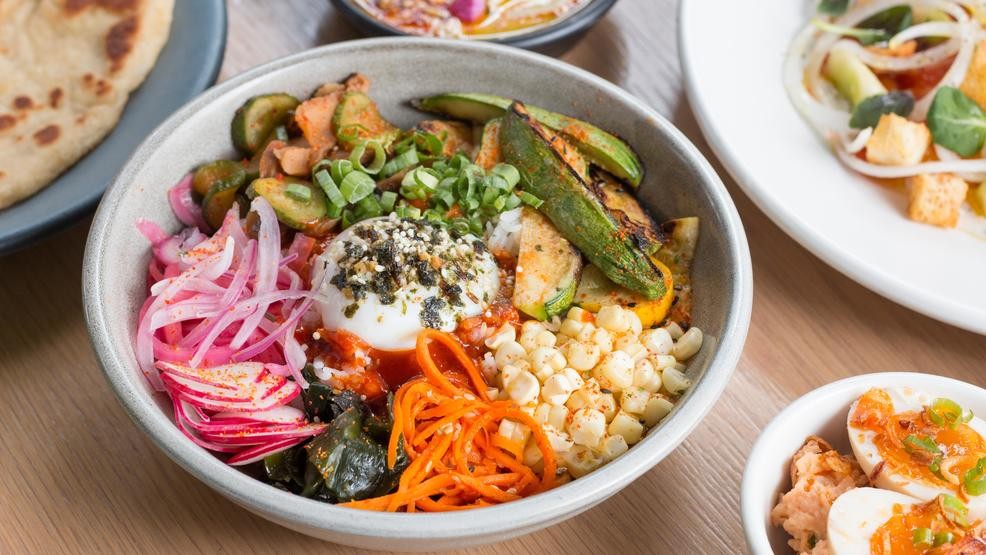 Ramen and Japanese bites has arrived in Rockville with the latest area opening of Jinya. The Pike and Rose location features more than a dozen varieties of noodle soup, from spicy to vegetarian. Snacks and small plates include gyoza dumplings, Brussels sprout and shrimp tempura and more.

Chefs Alfredo Solis (Mezcalero, El Sol) and Joseph Osorio are cooking with all the color and vibrancy of Cuba at their cozy Little Havana. The menu is packed with Cuban favorites like ropa vieja, empanadas and the Cubano sandwich, including a fried spring-roll style variation. Unwind at the bar with a tropical cocktail (try the pina colada, served inside a pineapple) or a pour from one of the many bottles of high-end rum. The murals themselves are enough to liven up a visit. Little Havana is currently open for dinner only but expects to roll out lunch and brunch in the future.

Get ready to get schwifty. Fans of the hit adult cartoon show Rick and Morty have a new (albeit temporary) gathering place. Shaw's Wubba Lubba Dub PUB is a project of Drink Company, the team behind popular bars like Miracle on 7th Street and the Game of Thrones PUB. The bar includes four rooms, all designed with elements of the show's universes and episodes. Drinks include beers, cocktails and nonalcoholic options. There are options for all tastes, whether it's sherry or Irish whisky or vodka or rosé. The names are plenty creative too – anyone for a glass of Concentrated Dark Matter or an Existence is Pain? The pop-up bar opens on August 16 and runs through October 16.

The fine dining Mirabelle (900 16th St. NW) has rebooted its kitchen in an effort to freshen up its refined French-American cooking. Chef Keith Bombaugh replaces the outgoing Frank Ruta, who left in July along with pastry chef Aggie Chin. Zoe Ezrailson has returned to the restaurant to take over dessert duties going forward. The changes also mean new dishes that are heavy on imagination and technique. Examples include Memories of an Ice Pond (charred trout, shishito-umeboshi, blistered cucumber), short rib with caramelized banana, and a twist on she-crab soup. There's both a la carte and prix-fixe tasting options.

Blue Duck Tavern (1201 24th St. NW) recently brought on a new executive chef and pastry chef to lead its Michelin-starred team. Adam Howard comes to the West End restaurant with experience overseeing concepts for both Bryan Voltaggio and Mike Isabella and expects to build on the restaurant's reputation for locally sourced Mid-Atlantic fare. The pastry duties have been passed along to Colleen Murphy, whose resume includes stops at some of Hyatt's most notable properties.

A new lunch menu has dropped at Momofuku CCDC (1090 I St. NW) in CityCenter, and there are options for meat eaters and vegetarians alike. Highlights include a summer bap bowl with pickled shiitake, wakame, gochujang and a poached egg and a prime beef dip sandwich topped with tiger sauce, pepper relish and smoked onion jus. It's the latest slate of dishes from chef Tae Strain, who has revamped the Asian-inspired menu in ways that go beyond ramen and steamed buns.