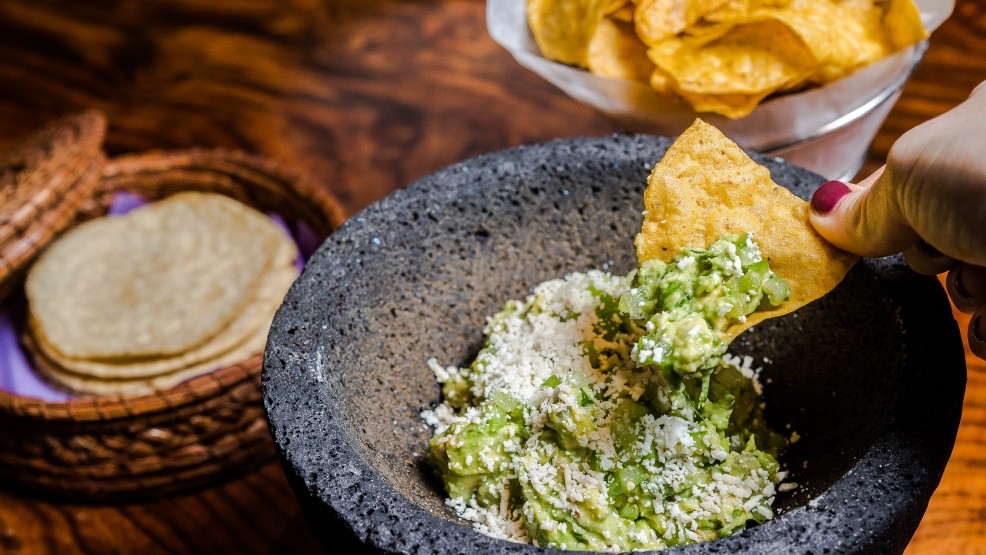 11 of the best guacamoles in town, just in time for Cinco de Mayo

It’s not like we need a reason to dive into a fresh bowl of guacamole, but Cinco de Mayo is as good an excuse as any! The creation of this green gold is credited to the Aztecs, who mashed avocados using a mortar and pestle hundreds of years ago. The original name was ahuacamolli, which morphed into guacamole after the Spanish discovered the delicacy.

So, on America’s favorite Mexican holiday, here are 10 spots to indulge in the Aztec original.

With a name like Guacamole Supremo, it makes sense that El Centro is pulling out all the stops for their shareable guac. It’s loaded with avocados, roasted corn, queso fresco, toasted pumpkin seeds, crispy bacon, and the usual suspects—tomato, yellow onion, cilantro, and lime. ($14.75)

It may be simple—just avocado, jalapeño, onion, and cilantro—but the guacamole at Espita Mezcaleria is downright addictive. That could be because of perfectly crisp and flavorful tortilla chips made with fresh masa flour ground daily at the restaurant. ($10)

At this Bethesda spot specializing in Mexican street food, the guacamole is customizable. Diners can add grilled pineapple or crispy bacon to jazz things up. ($10, $2 per addition)

The new Mexico City-style taqueria from the team behind El Sol has a mean guacamole with a nice price tag. Their recipe consists of avocado, onion, cilantro, serrano peppers, tomato, and lime. ($7)

For avocados and a show, order the tableside guacamole at José Andrés’ Mexican Bib Gourmand winner. Waiters whip up the guac in front of you with the addition of green tomatillo, serrano chile, and crumbled queso fresco. Scoop it up with fresh tortilla chips. ($14)

The signature dish at Rosa Mexicano, Guacamole en Molcajete, has been on the menu since the restaurant debuted in New York in 1984. The key to the expert tableside preparation is the technique: first the onion, cilantro, and jalapeño are pounded into a paste in the lava rock mortar, and then the avocado is folded in, along with tomato and onion. ($14.50)

At Victor Albisu’s fast-casual taqueria, the grilled guacamole is a best seller. The avocado, jalapeño, and onions are grilled before being mashed into this smoky side. Diners can also upgrade their guac with the addition of bacon, cotija cheese, pickled onions, chiles, and pepitas. ($5/$8)

This Petworth newcomer has a simple but satisfying guacamole with avocados, cilantro, red onion, tomato, and lime juice. Each order comes with handmade tortilla chips. ($5.99)

For a nontraditional take on guacamole, head to Bastille Brasserie & Bar in Old Town Alexandria. Chef Christophe Poteaux says the French eat a lot of avocados, so he serves citrus-infused shrimp beignets atop spicy guacamole. ($12/$19)